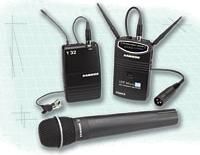 ambient sound (ambience) Natural background audio representative of a given recording environment. On-camera dialog might be primary sound; traffic noise, sounds from wildlife and refrigerator hum would be ambient.

boom Extension arm used to suspend a microphone or camera over sound or subject(s) being recorded. Depending on whether a microphone or a camera is attached, the objective is to keep production gear out of camera’s view or to provide a unique angle from which to shoot video.

decibel (dB) Measure of audio signal strength based on a logarithmic scale measured in volts. Also the unit of measure used for sound pressure level (loudness).

dynamic Microphone type, also called "moving coil." Works much like a loudspeaker in reverse, employing a simple diaphragm, magnet and wire coil to convert sound waves into an electrical signal.

frequency Number of vibrations produced by a signal or sound expressed as cycles per second, or hertz (Hz).

synchronous sound Audio matched to images. When the mouth moves, the words come out in sync.

unidirectional Highly selective microphone pickup pattern, which rejects sound coming from behind while absorbing that from in front. The most common pattern for unidirectional microphone is the cardioid pattern.