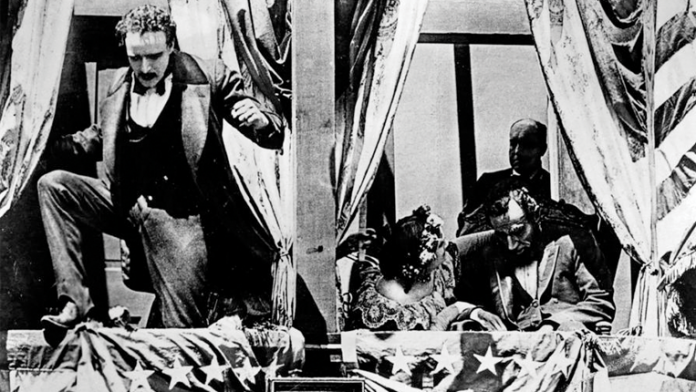 The assignment had two parts: First, we had to re-watch a scene from one of the films screened in class and write down every detail that we could. I mean everything. The second part was to derive some meaning from those minute details we had recorded.

I ended up watching the same 2 minute scene at least a dozen times in order to achieve the level of detail required. It was excruciating, especially since the scene I was assigned was from the infamous “Birth of a Nation.”

At the time, the exercise seemed tedious and unnecessary — I’d watched enough films already to understand, for instance, the effects of a high angle versus a low angle shot.  But as I continued through the film studies major, I found that through the process of close analysis, of finding every detail in a scene and picking it apart, I had begun to develop the ability to uncover the nuances of a film in a way that I had never known before. It also helped that I was allowed to choose a more interesting scene for the next assignment.

Close analysis forces you into a deeper understanding of the function of each element in the scene and draws attention to the small details that make movies transcend from good to great. These are the details that add the second and third layers of meaning that make for complex and compelling storytelling. Close analysis highlights the details necessary to construct a truly perfect scene.

As filmmakers — though we weren’t all filmmakers in the studies department — the next step would be to determine how these effects were in fact achieved and how they could be replicated and bent to our own projects.

To try this exercise at home, put your favorite piece of cinematic mastery on loop and let it run a few times. As it is playing, write down everything that you see. Start with the superficial aspects of the scene: What’s happening in the plot? What do the character(s) say or do? How is the story moving forward? Mark everything down, including timecode.This is the high level framework that will help you structure the rest of your analysis.

When you feel you’ve got the major pieces in place, start going deeper. When do cuts occur and what motivates them? What kind music and sound effects are included? Are the coming from with the story (diegetic) or from outside of it (non-diegetic)? How is the set dressed and what camera angles are used? These elements and more are all important in constructing the meaning of the scene beyond literal plot.

Once you have everything written down, start filtering out the most important bits and try to determine how they are working. A film might have a particularly interesting use of color or unique sound design. “Birdman” (Iñárritu, 2014), for instance, eliminates visible cuts for the majority of the film. Why? How does this editing style, or lack there of, influence your interpretation of the story? What does the long take offer that the more traditional short take make impossible?

As film students, we’re reminded constantly to avoid basing arguments on the intentionality of the filmmaker, but this is often difficult to avoid. Try thinking about how the film actually functions, while temporarily ignoring the existence of the director. Don’t focus on what the film seems to want to achieve, but what is actually happening on screen and how it makes you, the viewer, feel and respond. How does it trick you into looking at a certain area of the frame or direct your interpretation of a particular line of dialogue? Since directors are notoriously unreliable when it come to justifying their decisions, this approach helps you focus on what you can actually know and examine — the movie itself.

How to Apply What You’ve Learned

Ok, so you got through it. You may never want to watch that favorite scene again, or you may have renewed your love for it in the complexity you found. Either way, you by now certainly recognize the details that go into storytelling and film production. You’ve seen how elements work together to produce the overall look, feel and meaning of a scene, and now it’s time to apply what you’ve learned.

Think about how you can replicate the techniques from the scenes you’ve deconstructed to projects of your own. Can you use a long take to convey a sense of ambiguity? Could quick cuts help add tension to a heated dialogue? Seeing how these elements work in existing films can guide you in their use in your future projects. Likewise, if you are keen to experiment, knowing the language at your disposal will help you reorganize it to say something new. This is how the average video producer is elevated to the status of master filmmaker.

Nicole is a graduate of San Francisco State University, where she earned her MA in Cinema Studies. She is Videomaker’s Associate Editor.