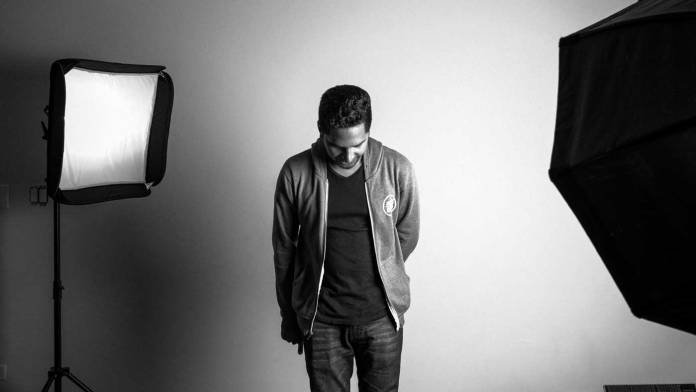 Motivating talent… Ahh yes… Motivating talent. This may sound like no big task. Get them to the location and put some coffee in them and away we go. Right? Well, no. Not exactly. On camera talent – actors, hosts, reporters and any other people we commonly see through the lens, often need a little more than just a call-time and a mark to stand on. It is a highly internalized art form and skill and often requires certain degree of positive affirmation.

So, how do you go about this without adding stress that can hurt the performance while still keeping the performance consistent throughout the scene? Well, if you are a psychologist by trade, you won’t have any problems, but then again, you probably wouldn’t be reading this video article, either. But I digress… For the rest of us, here are a few phrases that can help get your talent in the right frame of mind to consistently deliver the performance that you know they’re capable of delivering. Now, that probably sounds vague, but let’s jump in and see how and when to use them.

1. I think we’re at 90 percent and for most people, I’d call it good, but I know you can give me that extra 10: For some talent, the role they are portraying doesn’t require 100% of what they are capable of. And in many cases, they don’t even realize it. Subtly hinting that the most recent performance is just about what they can achieve is a great way to get a little more out of them. Keep in mind that performers revel in this form of attention despite any insecurities.

2. That was perfect, and I always like to have two great takes, so let’s do it just like that one more time: Another great way to get a little something extra from talent is to let them know that they are “on the same page” in terms of performance. This sets them at ease. A relaxed performer will generally give you some of their best takes.

3. Your energy is great: One of the things that talent strive for is to give a performance that matches the intensity of the scene, voice over or newscast, etc. It is up to you, as the director, to modify that energy as it seems necessary. Giving him or her notes like this is also a great way to segue into other performance notes without seeming overly critical. Also, lead off a critique with something positive.

4. That’s exactly what I envisioned the scene: This one is a great way to keep the motivation high. This works especially well on those long shoot days. Letting an actor know, early on in the day, that a performance is, “exactly what we envisioned” gives talent confidence in their performance. If they feel that that they are giving you exactly what is needed, they can continue to deliver consistently.

4. We do this all the time, but you make it easy: This phrase really helps with talent who may not be the star and their schedule requires them to come into the project later than the rest of the team. Giving them a comfort in the fact that they are not slowing the pace of the shoot can definitely increase the uniformity to the performance.

5. We’ve got a keeper, so let’s try an alternative approach to cover our bases: Often times, in the middle of the shoot when you’ve covered a particular shot, something occurs to you on the fly. Using this phrase gives you an opportunity to makes some tweaks to a scene that the actor or talent might not be expecting. This prevents a performance from becoming watered down due to over performing.

6. You’re knocking it out of the park. Let’s experiment with a different approach just for fun and see what happens: This is another way of saying “We’ve got it, but let’s play.” Allowing actors and other talent to improvise opens the door to Happy Accidents. These are moments that you can’t plan for and couldn’t get again in 100 takes. Talent is always thrilled to get a little freedom to take chances.

Although this list isn’t the same as an advanced degree in psychology, it should fill your motivational-phrases-for-actors arsenal. It’s also not exhaustive by any means. Remember, whether working with amateur casts or professional voice actors, different talent will require different methods for accepting inspiration and not all of these phrases will work with everyone. Experiment with the suggestions and adapt them to your liking and make them your own.

Steve Everson holds a Master’s in Motion Picture and Television Producing and works as a freelance producer.

Film production at any level is a complicated process. When working on your own, or even with a small team, there's a lot on...