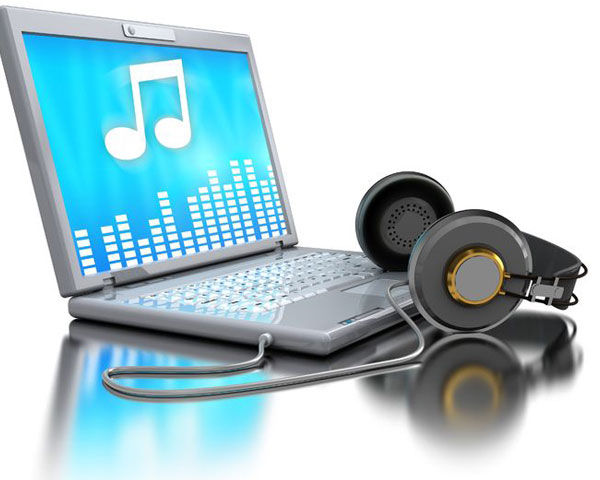 Editing audio for video is an art in which an audio editor might spend an entire career perfecting. While there are tons of tricks to the sound effects trade, there are a few simple filters and effects that every editor should know about and learn to use. Here are four fast effects that will help you sell your soundtrack.

Some people say that audio is 50% of a video, but in my experience, that number is greatly underestimated. Not sure you agree? Try this. Grab a DVD of your favorite feature film, pop it in the player, navigate to a climactic scene, lower the lights, crank up the volume and watch it. Now stop and think about how the scene made you feel. How did it affect your heart rate? What emotions did it evoke? Now mute the audio and watch it again. Even though all the visual effects, lighting and camerawork are still there, the scene doesn't impact you in the same way, does it? The intensity is compromised. The emotion is lessened. Without the sound: the music, sound effects or dialog, even fantastical visual effects don't feel as real. That's because in the world of video hearing, not seeing, is believing. It is the sound that sells a scene. Since this is true, we need to arm ourselves with some audio artillery.

You don't always need fancy audio effects software to create good sound effects. An FFT (Fast Fourier Transform) filter lets you increase or reduce the intensity of a frequency, and works similarly to equalization. It is a great choice for creating the illusion of a telephone call, voicemail message or to make it seem like a sound is coming through a wall. With the filter applied in your audio editor, you can typically adjust the settings manually to audition different levels and intensities to get the feel you are after, or select from a list of presets.

Lets say you're editing a scene that calls for two characters to have a phone conversation. You've shot each person on the phone delivering their lines, and now its time to hit the audio editor. As you cut the scene, you sometimes want to show the person on camera while they speak into the phone, but sometimes want to show the other person listening on the other end. If you edit the audio straight without applying any effects, the conversation doesn't feel real. You need to apply an audio effect to sell the scene. Telephone sound effects are used so often on TV and in movies that most viewers accept them as real without thinking about it. In truth, recording a clear voice over an actual phone isn't always easy. Without the absolute perfect conditions, the audio will be garbled, unclear and distorted by noise, making it unusable. The better choice is to record your subjects delivering their lines at the best quality possible, and create the phone effect in post by applying an FFT filter in your audio effects software.

Maybe your script calls for your actor to deliver a speech in a large auditorium, or sing in a colossal concert hall. Gaining access to shoot in a big venue isn't easy or affordable, so you decide to shoot your subject on a small set then match and crosscut her performance with stock footage of a large theater audience listening and applauding.

The visual setup is easy enough to accomplish with a few props and lighting, but in the end, the room tone of the small space gives away the fact that this is an illusion. Reverb to the rescue. Reverb simulates the way that audio bounces off the surfaces in a room. When a sound leaves its source, it travels out and reflects off of all the surfaces in the space before it reaches the ears of a given listener. This includes the ceiling, the floor, the furniture, even other people in the room. Because the sound waves travel different distances to bounce off of different surfaces, the sound doesn't reach your ears all at once. The difference in arrival time is very small, only milliseconds, but there is a difference in the sound our a large room and a small one. If you want to make that small set feel like a big room, the answer is using reverb in your audio effects software.

If you want to create a walkie-talkie sound, or give more presence to a vocal performance, try applying compression, a.k.a. DRC (Dynamic Range Compression). Compression essentially squashes, or narrows, an audio signal's range by lowering the loud sounds in the signal without affecting lower ones, or by raising lower parts of the sound without affecting louder parts. Compression is often used by pros using professional audio effects software in the music industry to alter the dynamic range of vocals or drum hits. In the video world compression is not only handy for creating audio effects, but also for reducing sibilance.

The chorus effect can be used to multiply a single sound source to add a series of short delays to the sound, making it sound like it was produced by multiple sources. This lets you turn a single sound effect, like the sound of a single bat screeching, into a huge "chorus" of bats big enough to fill a giant cave. Of course, to simulate the acoustics of that gigantic cavern you might also consider adding a bit of reverb. You can also use chorus on a voice to create an otherworldly vocal effect that ranges from somewhat spooky to completely creepy.With all audio effects, the process is more art than science. There's no secret scientific formula to enter into your settings tabs to create awesome effects "automagically". The trick is to try each effect yourself so you know exactly what each one does, then apply them at the appropriate time to reinforce the manufactured realities you create in your edits.