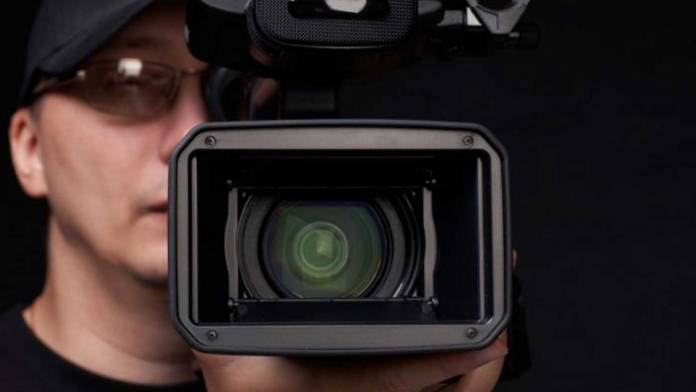 As film, video and content creators, we are constantly looking for ways… *Ahem*, CHEAP WAYS to use our camera to increase the production value of our projects. One of the most tried and true ways is to use some unconventional camera tricks to add some panache to your next shoot.

Now, this is, by no means, an exhaustive list but these techniques should jump-start your creative juices. (note: Some of these techniques require additional equipment and/or could potentially damage equipment if not done with care. Don’t take any unnecessary risks.)

1. Fixed Camera on a Moving Target

This technique refers to a camera mounted to the waist or chest of the subject with the lens facing them. The effect is, when the subject moves, he or she remains stationary in the frame and the background changes.

One of the most well-known uses of this technique is in the movie Requiem for a Dream by Darren Aronofsky during the “drug induced” sequences. The effect caused a nearly uncomfortable closeness to the performer. That is not the only use for this technique, however. It has been used in many music videos as well. Even though the scene in Requiem for a Dream uses a very downer emotion, you can use this technique when you want the viewer to be included in a very solitary moment of the subject.

Fortunately, with equipment getting cheaper and smaller, this effect can be created quite inexpensively. For instance, a Go-Pro or small cameras mounted on a monopod can be held by the actor. (Assuming they don’t need to use their hands.) Experiment with the technique and see what you can and see what you can come with.

Lens whacking is a camera technique that involves hand-holding the lens in front of the camera body. While the camera is running the lens is rocked back and forth against the edge of the body. The result is a bizarre effect that shifts the focal point, by the movement of the lens. It also allows light to leak in sporadically cause a very cool flaring affect.

As I write this, I can’t think of any films that have used this technique, but you should use that as an open invitation to experiment. There are numerous examples on the internet that are very good can be a great source of inspiration for you.

Remember that this technique is opening the inner workings of your camera to the environment. Doing so can cause serious damage that can be costly. Needless to say, this is not a trick that should be done in a sandstorm, rainstorm or any other situation that can get “gunk” in your camera.

Recent Videomaker training videos on lens whacking include What is Lens Whacking? and DIY Light Leaks for Post-Production.

Due to the risk of equipment damage, degree of difficulty 6/10.

Shooting in reverse is an unsung hero for creating effects that can’t be done in forward motion. The process involves having the actor do the whole action in reverse while shooting it. Then, when the footage is played in reverse it looks as though it was done forward.

Picture any scene where an arrow sticks in the tree or wall next to an actor’s head. If this is performed in reverse and the arrow is pulled away from the actor, there is not danger and the effect can be very convincing. A great example from a film would be in James Cameron’s Aliens when the facehugger leaps at Sigourney Weaver’s character, Ellen Ripley. One of Videomaker‘s Short Contest winners, Bert Kersey, used this technique along with a few other illusion tricks in his comedy, Side Effects.

This is one of the cheapest tricks that we have covered. It doesn’t require any special equipment. Instead it only requires some pre-planning and well-timed execution.

Also called the “Push-Pull” movement, “Zolly” or “Vertigo Effect”. The dolly zoom involves dollying toward the subject while widening the lens (or the reverse) to keep the subject relatively the same in the frame.

This trick causes an unsettling response to the viewer because of edges of the frame seem to close-in (or widen out) on the subject while the subject keeps the same perspective in the frame. The dolly zoom effect works well when the subject has had a moment of realization and the world suddenly seems to be closing in… metaphorically speaking.

The most apparent example of the dolly zoom technique is from one of its namesakes, Alfred Hitchcock’s Vertigo. It takes place twice in the film. The first dolly zoom is in the open scene when Jimmy Stewart is hanging from a rain gutter. Then it happens again in the clock tower. Another popular example of is the first moment when Roy Scheider sees the shark attack the child in Jaws.

This technique is not going to be possible for all cameras, but check your manual to be sure. Now, there have been many instances of film sequences where this technique is employed. One very popular sequence is the opening sequence of Steven Speilberg’s Saving Private Ryan. During the sequence the camera has the shutter speed in a very fast setting to give the stuttering effect.

Assuming your camera has the capability, degree of difficulty 2/10.

In closing, realize that these all will take practice and experimentation. Also remember that these techniques are mostly unconventional, so they leave a lot of room for interpretation. That said, incorporating any or all of these techniques into your arsenal will give you some tools that are more slick than traditional shot selections and make your projects stand out.

Steve Everson is an award winning film and video producer with extensive experience in pre-production, production and post-production.