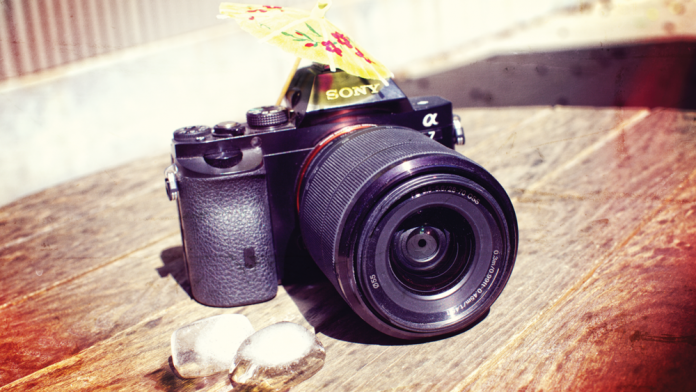 Technically, there are two sides of the problem to solve: internal and external camera overheating. In other words, even if you are shooting indoors with a comfortable temperature level, the heat from the internal parts of your camera will eventually shut it down. On average, it may take 20 to 40 minutes of HD video recording before you see the overheat warning. Yet, direct sun rays worsen this situation, and if you’ve ever tried shooting 4K outdoors on a sunny day, you probably know several minutes are the maximum you can get.

Before jumping into non-obvious ways to prevent overheating, remember that the first rule of working in the sun is keeping your gear in a bag or at least covered with a light color piece of cloth all the time while not shooting.

Before jumping into non-obvious ways to prevent overheating, remember that the first rule of working in the sun is keeping your gear in a bag or at least covered with a light color piece of cloth all the time while not shooting. You’ll be surprised how fast it can heat up if exposed. Be careful of leaving the camera in the car, where sun rays may reach it through the window, and make sure to power down each time you’re finished recording.

Rain or shine, an umbrella is your camera’s best friend and can make a great difference. If you don’t have an assistant yet to hold it for you, you can easily mount a compact umbrella to a tripod or even directly to the camera with a hot shoe, as Dickie Bennet suggests on his channel. Umbrellas of all sizes and camera umbrella holders can be purchased on Amazon for less than $20 each. A lightweight umbrella, such as Versa-Brella, will be steadily attached with a small plastic clip by Selens, but if you want a sturdier holder, consider a metal umbrella holder by Haoge.

There are several hot spots on your camera that can be cooled down significantly with a couple of tricks.

First, open the battery door and keep it open for long time shootings. The battery of your camera produces an incredible amount of heat that stays inside. Videographers around the web claim this simple technique to give them up to half an hour of additional video recording to what their cameras are usually capable of. Second, you might want to try opening the flash door for the same reason. Third, swivel and leave the LCD screen away from the camera body while shooting. That is another hot spot, and by pulling it away, you’ll prevent the heat from spreading internally.

As you have probably guessed, most overheat prevention manipulations are applied to batteries — the fastest elements to heat up. For example, apart from opening the battery door, consider getting a second or even a third battery and replace them once in awhile between shots to let one cool off while the other is working.

If you are ready to go extra mile, you might want to use external batteries. Not only do you solve the overheating problem, because you literally keep the main energy source outside the camera, but you also extend battery life. On average, you can get up to several hours of active recording, even if you are shooting in 4K consuming maximum battery power. Here are two options well-tried and approved by Sony camera owners.
USB Power Bank

The newest Sony mirrorless cameras, such as a6300 and a6500, can run off the same portable battery one would use to recharge their phones. It doesn’t replace the internal battery power completely, yet provides up to two-thirds of the energy your camera needs to operate. That means the internal battery will be producing two-thirds less heat.

USB power banks are lightweight enough to mount them directly to the camera with a hot shoe. With Patuo Shoe Mount Adapter, Anker PowerCore 5000 and Cable Matters short cable you get a solution worth less than $40. For a DIY video instruction, check out the Jeff Ello – PhotonArmy.com YouTube channel.

Dummy Batteries. According to a cinematographer and a popular Youtuber, Max Yuryev, using dummy batteries is a more efficient way to solve the overheating issue because the camera can run fully off them, so there is no internal battery heating happening. Max states the solution can run the camera for up to 7 hours non-stop.

Nina is a freelance copywriter and a technology enthusiast. Video editing is her recent hobby, and hopefully it will grow into something bigger.