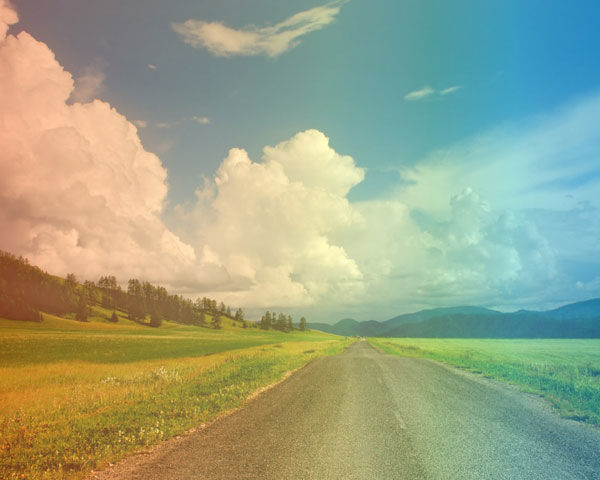 You’ve probably heard the phrase, “painting with light”. How about the terms “red hot” and “white hot”? These and many other phrases refer to the use of color temperature in still photography and cinematography.

The color temperature setting in your video camera tells it how it should see white. Once properly adjusted, the camera sees the color white as white and then adjusts for all the other colors accordingly. White balancing is a step that should never be overlooked or misunderstood, because white balance affects not only the proper visualization of objects and events in a scene – for instance proper skin tone – but it can also help to determine the overall mood of how a scene plays out within the frame. 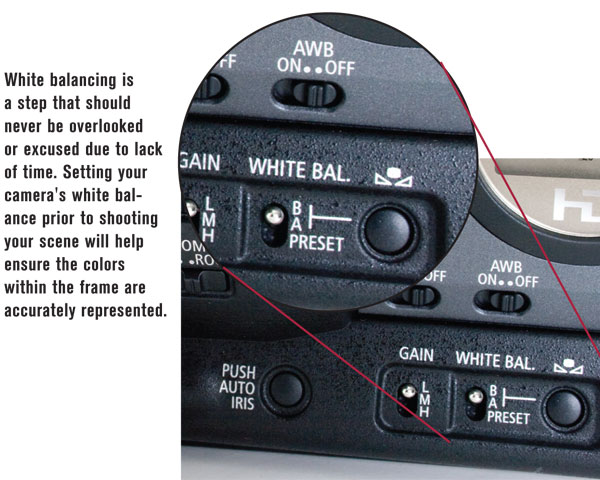 Most video cameras on the market today have spot-on auto white balance control. However, as a director of photography, I can’t remember the last time I used the auto white balance function on any of the video cameras I regularly use. I’m a big fan of using the camcorder’s manual controls in nearly every situation, especially when it comes to controlling the color temperature of a particular scene. I shoot a lot of medical scenarios like mock emergencies, simulated life flights, and even surgeries. I find that through the simple understanding of color temperature and manipulation of that color temperature in the camera’s settings, I can successfully guide the viewer’s eye and even their emotions while watching that scene. 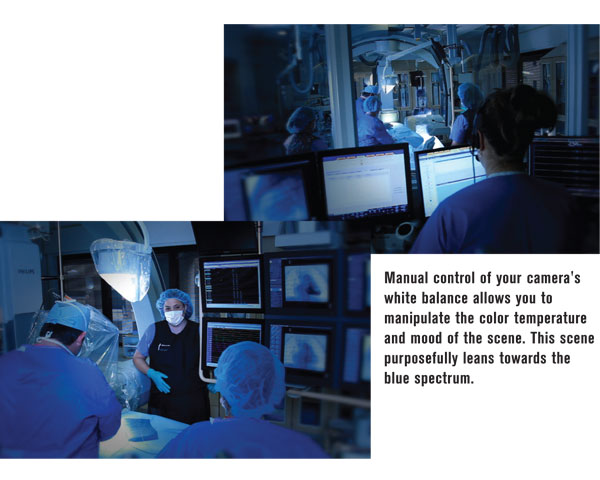 Color and color temperature can be crucial components of just about any scene. The lighting of an orange sky typically associated with a sunset in the desert not only serves as a distinct tone in the frame but also delivers information such as time of day while also delivering a feeling or mood.

It’s important to remember that changes in color temperature as seen by your camera are not necessarily seen the same way by the human eye. To understand color temperature and ultimately how to control it, it’s helpful to know a bit of simple physics. The color temperature scale is derived from a theoretical “black body” known as a Planckian locus or Planckian radiator (a metal object having no natural color of its own). When heated to incandescence (the giving off of light from a hot body due to its temperature), the metal body glows at different colors depending on its temperature, which is registered by degrees on the Kelvin scale (K). This is, of course, where the terms “red hot” and “white hot” derive.

The Components of Color

Color is light. However, the color of an object is based on a combination of factors; the color of light, the nature of the material the light is hitting and how light it is being reflected off the object. This simple set of facts is why you as a videographer are able to manipulate color in a scene based on the adjustment of your camera’s white balance. But to get the most out of your ability to manipulate color, it is also good to know how to break down the components of color. They are Hue, Chroma, Value and Temperature. The first three, Hue, Chroma, and Value are simply the physical properties of color while the last, Temperature, is seen as something more along the lines of a psychological factor, even though it is a physical element which you can measure using the Kelvin scale.

Hue The best way to think of Hue is to think of a rainbow. Hue is a wavelength of light on its place along the natural spectrum of color. When you say “that shirt is blue,” you refer to its hue.

Chroma is the term used to refer to the saturation or strength of a color. When you add black or white to a color you are affecting its Chroma. For instance, deep red and royal blue both refer to the Chroma of a color.

Temperature refers to the warmth or coolness of a hue, which can have a psychological effect on people. Even though temperature is measured using the Kelvin scale many think of it as a psychological factor rather than a physical property.

Knowing these definitions is not a prerequisite for knowing how to light an interview or action in a scene, however, having a basic understanding of color (light), how to control it and the subconscious feelings or thoughts often associated with a color will allow you to stretch your creative wings and guide your audience through your story with more than just spoken lines or flashy camera movement.

What is Normal Light? 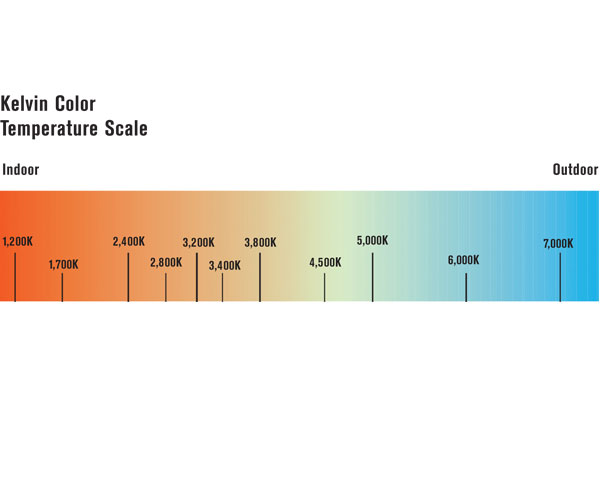 Remember I mentioned that I film a lot of medical scenes? Medical environments are rich in action, emotion, and technology. The way a scene is going to play out often dictates how I set my color balance. In other words, how I color the scene. For instance, one way I like to film inside surgical suites is to light using daylight, which is at 5600 degrees Kelvin (K). I then set my white balance for 3200K, which is a setting used to normalize a scene lit with warm tungsten light. The disparity creates a scene that leans heavily toward the blue spectrum. Blue is often regarded as a clean, cool, technical color. Lighting this way heightens the “cool” energy and emotion of the scene, purposefully separating it from the warm or possibly natural look of other scenes in the same piece.

The same is true for the reverse. Say I want to turn a busy scene in a restaurant kitchen into one where the temperatures are soaring to 120-degrees and the workers are barely able to find relief. I would light with warm tungsten light, coming in at 3200K and then manually set my camera white balance closer to daylight or possibly the greenish florescent color temperature spectrum of around 4800K. This disparity forces the camera to see white as something closer to warm yellow, thus creating a scene where the temperature of the room could be viewed as uncomfortably warm.

These are just two examples of how a basic understanding of the color spectrum and how it translates to the viewer using the camera as a transmission tool can enrich your viewer’s experience. Whether you’re a hobbyist or a full-time professional, you can get the most out of your camera and your scene just by using a few simple tricks and having a basic understanding of something you see and feel every day… Light.

In this article I will share with you the KISS method — or Keep It Simple Stupid — as it pertains to...