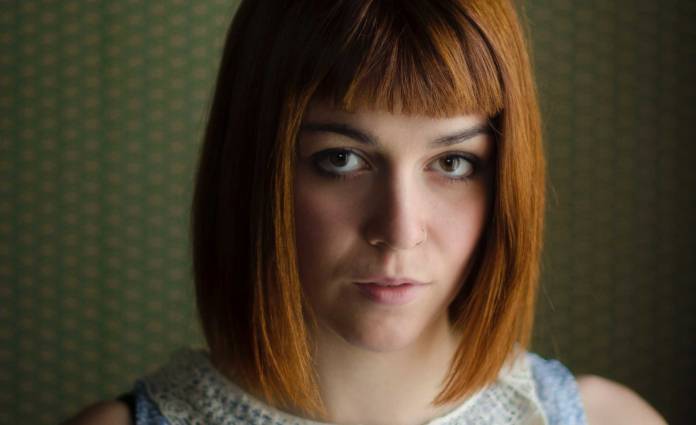 In lighting, the most important aesthetic quality is mood: the feeling communicated by the lighting design.

You can achieve mood lighting by recipe (Scary: 1. Place spotlight under chin. 2. Aim upward. 3. Add rim light for separation), but the effect may look pretty hokey. To create a mood with light, it’s better to understand the four characteristics of all lighting moods and then use your creative instincts to shape them. Those characteristics are brightness, contrast, definition, and realism.

The overall brightness of a scene is expressed as its “key.” A high-key design features bright overall lighting, with shadows used as accents. A low-key design is just the opposite: mostly dark, with bright accents.

Other things being equal, high-key lighting tends to be cheerful, expansive, and energetic, which is why it’s often used for comedy. Low-key lighting can look intimate, dramatic, romantic, gloomy, sometimes frightening. (“Middle-key” lighting – a clumsy term I just made up – is common in straightforward programs like training videos.)

The trick to good high-key lighting is even coverage: make sure that your background is almost as bright as your subjects, and that you fill in most shadows enough to reveal details in them.

On the other hand, for low-key lighting, heat up just the most important parts of subjects (generally faces). Keep backgrounds darker, except for spots or splashes of accent light, and go easy on the fill light. It’s okay if some shadows are deep enough to obscure details.

But don’t confuse high and low key with high and low contrast. A high-key comedy scene may use deep shadows as accents, while a low-key romantic scene may include shadows that reveal necessary detail. The difference between lighting keys lies in the proportions of light and dark areas – mainly light in high-key; mainly dark in low-key.

In high-key or low, the mood is also affected by how contrasty the image is – that is, how black are the blacks; how white are the whites. The higher the contrast, the harsher the mood; the lower the contrast, the softer. High-contrast scenes can look stark, bleak, powerful, gritty. Scenes with limited contrast ratios can appear dreamy, cozy, or gloomy and depressed

Contrast control is a function of fill light (and camera exposure, but that’s not in our department). The best way to achieve the effect you want is by checking a reference monitor as you increase/decrease fill light to lighten shadows. (If the shadows are quite light to begin with, you may want to heat up the key light or switch from a soft light to a spot, to pump the brightness on the subject’s light side.)

Key and contrast always work together. In high contrast, a high-key scene looks snappy and sometimes harsh, while a low-key image feels taut and dramatic. In low contrast, a high-key picture can seem dreamlike and distant, while its low-key opposite feels dull and oppressive.

The collaboration between key and contrast extends to definition: the apparent sharpness of subjects and background (not to be confused with optical sharpness, which also a camera issue).

As you know, spotlights deliver hard-edged beams, while umbrellas and boxes emit soft washes of light. This hard/soft distinction affects mood, almost exactly like contrast. A scene lit with spotlights defining the subjects and spots or broads scraping the background has a bright, crisp feeling – a punchy quality. A scene in which the lights seem to wrap around the subjects and glow softly on the background sets a much more passive mood.

Again, the whole business is cumulative, so a hard-lit scene that is also low-key and high-contrast yells “action!” or “danger!!” A soft, high-key, low-contrast image can feel positively spaced out.

This is a great feeling for commercials, infomercials, and corporate programs where the viewer’s intrinsic interest is, well, maybe not all that high to begin with.

On the other side, nearly invisible lighting (I call it naturalism) lends a feeling of immediacy and the sense of importance communicated by an absorbing documentary.

But doesn’t naturalistic lighting mean soft “window” lighting – and doesn’t that soften the very punch you’re trying to get? Not necessarily. Study an interview on the History channel and you can see that they might use soft lights theatrically to make the subject look “lit.” (Check glasses and foreheads for small images of the lighting units.)

Go Against the Obvious

Throughout, we’ve suggested mood effects and the lighting techniques typically used to evoke them. But sometimes you can produce a powerful emotional effect by going in the “wrong” direction. For instance, scary means low-key and high contrast, right? Sure, but the two scariest ghost sequences I’ve ever seen are lit for sunny daylight (The Innocents) or flat, bright interior (The Shining). The immortal crop duster airplane attack in Alfred Hitchcock’s North by Northwest has Cary Grant running for his life in a cheerful cornfield apparently lit for a Doris Day comedy.

All of which shows that good gaffers know all the right techniques for creating mood; but great gaffers can think outside the softbox.

Contributing Editor Jim Stinson’s book Video: Digital Communication and Production is coming out in a new and expanded edition.