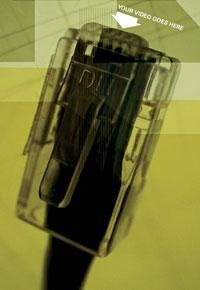 In order to get your video creations to fit within the bandwidth limitations of Net-delivered streaming video (and storage/playback media such as VCDs), your video is going to be subject to the reality of compression.


While the "data pipes" available to the general public are getting bigger, in order to use them for something as data intensive as streaming video, you’ll want to condense your video data stream as much as you possibly can.

The overall goal of video compression is to reduce the bandwidth requirements of your data stream so that it can travel quickly and efficiently through the copper and silicone that make up today’s computerized video systems.


It’s the electronic equivalent of making sausage. You take a big bunch of stuff (data) and figure out a way to squeeze it into its smallest possible form.


But don’t get me wrong. Compression can be a good thing. In fact, every digital video format that enjoys widespread popularity already incorporates some form of video compression. But how much, and what kind of compression can have a big effect on how your video will look.


Of course, the ingredients of digital video are numbers and without a doubt, data compression is a lot less messy than making sausage. But as I learned watching my mother-in-law in her kitchen, trying to stuff a lot of something into a little space, no matter what type of compression you’re contemplating, isn’t likely to be pretty.

The root concepts behind most data compression schemes are easy to understand. Imagine that you and a friend are sitting at a table in front of 100 coins. Set up in 10 rows of 10 coins each; they create a simple grid. Your job is to tell your friend how to make patterns in the coins. You could develop a pattern from the coins by describing them one at a time. You could say, "Make the first coin heads, the second one heads, the third one tails," and so on. And continue along for each of the 100 coins.


And that’s similar to what an uncompressed digital signal represents. The information describing each separate pixel is stored, transmitted and translated into the picture raster separately.


Since each pixel has to have enough code to represent the required levels of its specific color and brightness, you end up with a whole lot of descriptive numbers, i.e. a whole lot of data.


But what if you could simply tell your friend, "Make the first 50 heads and the rest tails." Bingo. In one simple instruction, you can describe a whole range of coins.


Most compression schemes take a similar approach. They look for repetitive patterns in the data and instead of describing them in discrete steps, they attempt to express them in condensed mathematical shorthand.


If your goal is to shoot footage that will compress well, the first step is to pay close attention to how much detail your shots contain.


If you put your subject in front of a flatly lit, solid color wall, your software will undoubtedly have lots of excellent compression opportunities.


But there’s a danger here. Putting every subject in front of such a flat background can make for pretty boring video. So, the challenge is to learn about how to create shots that are both compression-friendly and visually interesting.


On the opposite extreme, putting a subject in front of a large, leafy tree on a windy day is a classic example of footage that will compress poorly. Your poor pixels try to portray millions of leaves alternating between light and dark, and as the breeze blows, nearly every pixel in every frame changes. The result is that there’s hardly any chance for your compression software to find repetitive patterns from frame to frame. Combine that kind of compression-hostile scene with a video system that applies a large amount of compression to the signal and you can be left with some pretty ugly footage.


The results are often described as "compression anomalies" or "compression artifacts," convenient shorthand terms for a range of picture problems, including blockiness, which can result from poor compression results.

Since the object of making compression-friendly video is keeping the intraframe (between pixels within a given frame) and interframe (between adjacent frames) differences to a minimum, anything that makes one pixel different from the preceding one works against you. This includes such simple camera moves as pans and zooms. Think about it; when you zoom into a scene, the view constantly changes. And the same holds true for pans and tilts. Under certain circumstances, these moves can decrease the ability of your software to compress your scene. Even the slightest camera move can cause compression problems. Thinking of shooting hand-held? Forget it! A tripod is essential when shooting video for streaming.

Consider a shot of a white wall with a solid black square on it. Simply panning across the scene won’t change the ability of your software to compress it. After all, the differences between the elements aren’t increasing, only changing location on the raster. And if you zoom-in on a similar scene, the compression penalty will also be small. The black square gets larger, but with only two simple colors (or two regions to describe), your software will still be able to do a good job of decreasing the size of the data stream.
So, if you’ve established a compression-friendly scene, it’s not always necessary to be super-conservative with your camera work. Make your own judgment. And understanding how compression works will certainly help you make better judgments.

The Devil’s in the Details

If a major obstacle to compression is scene detail, it stands to reason that simply removing some of the fine detail from your scene will help increase your ability to compress it.


The first order of business when you’re thinking about compression-friendly shots is to look at your landscape with an eye to detail.


If there are busy patterns in paintings, wall hangings or light and dark details, such as narrow window blinds, try to re-frame with an eye on minimizing and eliminating compression-unfriendly material.


A good example might be a shot that uses a large bookcase as a background. Row upon row of colorful book jacket spines, with contrasting type, is another type of scene that would typically compress poorly.


Moving the subject in front of a plain, single-colored background would make a big improvement.

If, however, you’re faced with a scene where background detail is unavoidable, one of the easiest ways to improve your compression results is to use the tricks of depth of field to throw the background out of focus.


If you’ve been reading Videomaker for many years, you already know about controlling depth of field, leaving your subject in sharp focus while allowing your background to go soft. Because soft backgrounds have less detail, they will compress much better than sharp backgrounds will.


If you have ample camera-to-subject-to-background room available and can keep your scene’s light levels low enough, open up your iris or increase your shutter speed to make your depth of field shallow, throwing your background out of focus.


Another great compression trick (if you have the technical capabilities) is to shoot your subject against a blue screen or green screen and matte in a still photo instead of a "live" background. Then no matter how complicated the background image, the complete lack of motion between frames will make it easy for your computer to compress the interframe differences.


The key here is to keep a sharp eye out for anything that will lead to large interframe changes.

As video migrates from television sets to the Web, VCDs and other cutting-edge storage media such as Flash memory cards, memory sticks and more, compression is going to be an increasingly important part of video content delivery.


A part of effective video production in the future could be the ability to judge how well a scene will compress for streaming. As with most other video skills, trial and error is a good teacher. So, as you start to prepare your video for these new delivery technologies, pay special attention to the effects of compression on your work. Keeping your eye tuned to shooting compression-friendly video is a skill you’ll likely be using for a long time to come.