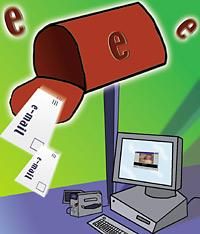 Before the Internet, camcorder users had to send an actual videotape through snail mail if they wanted to share their personal video memories with distant friends and relatives. Not anymore; video e-mail has become a widely used method of sharing short personal video clips with those you miss.

If you have a camcorder, a PC and an Internet account, and you’d like to get started sending your own short video clips to your Internet buddies, follow these four simple steps. By the end of this article, you’ll be ready to send your own video e-mails to anyone with an e-mail account.

Before we begin, however, a word of caution: digital video files can be huge, which means they can bog down some of the narrower data streams along the Internet. Please be courteous and limit your video clips to a few megabytes at the most. This will allow you to send a decent-looking 10-to-30-second clip and avoid the annoyance of systems administrators and Internet service providers around the world.

For the purposes of this article, we’ll assume that you already have some means of capturing or creating digital video clips with your computer. If you don’t, consult our Desktop Video Buyer’s guide in the March 1999 issue of Videomaker.

Now go find that shot you’ve wanted to share with someone and get ready to send some video e-mail.

When preparing to capture a video clip for e-mail distribution, be sure to set your capture card’s settings properly before you begin. When it comes to resolution, think small–much smaller than the full-size 640×480 resolution necessary for full-screen video production. 320×240 should be considered only if you plan to use a very high compression ratio; more on this later. 160×120 is ordinarily the smallest setting that allows viewers to make out any sort of detail, so it’s rare to see clips that have less than 160×120 resolution.

For video e-mail purposes, there are two kinds of video capture devices: those that employ the same codec (compressor/decompressor) that will be used for your video e-mail (see step 2) and those that use a different codec. If yours is the former (such as Data Translation’s Broadway, which uses the MPEG-1 codec), then you should consider looking at Step 3 before you begin capturing.

If, however, you’ll be using an MJPEG capture card (like the Fast AV Master or the Pinnacle miroVIDEO DC30), then you should capture at the highest quality (lowest compression ratio) you can in order to avoid the increased degradation that occurs when you re-compress later.


A codec is a complex mathematical algorithm that’s used to compress video data. As you may have already guessed, you’re going to have to squeeze your video data down to very small proportions if you hope to create a clip that takes just a few minutes to download on a 56.6 modem connection.

One of the most popular codecs used for video e-mail is MPEG-1. With MPEG-1, you can compress your video as much as 200:1, which means a file that previously took up 200MB could conceivably occupy a single megabyte of disk space after running through the MPEG-1 codec. MPEG-1 is, however, a lossy codec, which means that the images degrade rapidly as the compression ratio increases. Many inexpensive video e-mail devices (such as Videonics’ Python and Intel’s Create and Share Camera Pack) were designed to capture directly to the MPEG-1 codec, so this decision may have already been made for you.

Also available are proprietary codecs like Indeo, Cinepak and Sorenson. While these are fine options, keep in mind that they can’t achieve the enormous compression rates necessary for video without using some other form of ancillary file-size reduction (as mentioned above).

Be sure not to use a codec that has specific requirements for playback, such as MJPEG or DV. These codecs often need special hardware to operate properly, which means the recipients of your video probably won’t be able to view it on their computers.


If you’ve captured your video and it’s still too large to send through the Internet (again, larger than four or five megabytes can be cumbersome for the recipient), you’ll have to compress it further. As noted above, the most popular codec for high compression rates is MPEG-1, not only because it’s so efficient but also because it’s readily available in software. In fact, many nonlinear editing software packages offer MPEG-1 as a standard output option.

Of course, the more you compress your video, the worse it will look, so a huge compression ratio like 200:1 may not be the right choice for your e-mail; consider working between 25:1 and 50:1 compression rates.

MPEG-1 software compression packages (like the one sold by Xing technology) and MPEG-1-based video capture devices offer ways to further adjust the compression. Most important among these is the keyframe rate, which in short determines the amount of motion artifacts you’ll have (i.e., fewer keyframes=more motion artifacts).

Audio settings are also key considerations. Your audience will have the best chances of hearing your audio if it’s monaural (as opposed to stereo) and sampled at a low bit-rate. Also, consider creating and sending clips that don’t require audio at all, to further shrink the file size.


This is the easy part. All you have to do to send a video e-mail is to send an ordinary e-mail with a file attachment. If you’ve never done this before, don’t panic–it’s very simple. Somewhere in your e-mail software’s interface is a button or a pull-down menu that accesses this feature; look for a paper clip icon or the phrase "file attachment" and chances are you’ll find it in a few seconds.

When you access this feature, a dialogue box will ask you to identify the file you wish to attach. Just locate your digital video file in the file structure of your hard drive, click OK and presto–you’ve attached a file to an e-mail message, which is now ready for sending. Be sure to enter a message to the recipients describing the contents of the file attachment and (more importantly) how to play it back on their computers. Let them know they’ll need some specific software, like the Quicktime player, to view the video.

Bear in mind that when you send an e-mail with a huge attachment, it will take a minute or two for the file to upload to the server; this will give you a pretty clear indication of how long it will take the person on the other side to download the file. If you find that it takes long enough to annoy you or make you feel impatient, then chances are the person on the other end will think the same thing.

So by all means, send those short clips to all your friends and relatives, but be courteous and keep the file sizes small. And dream of the day not far off when we’ll all have T1-speed connections in our homes. 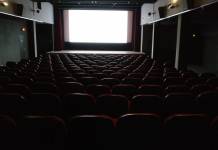