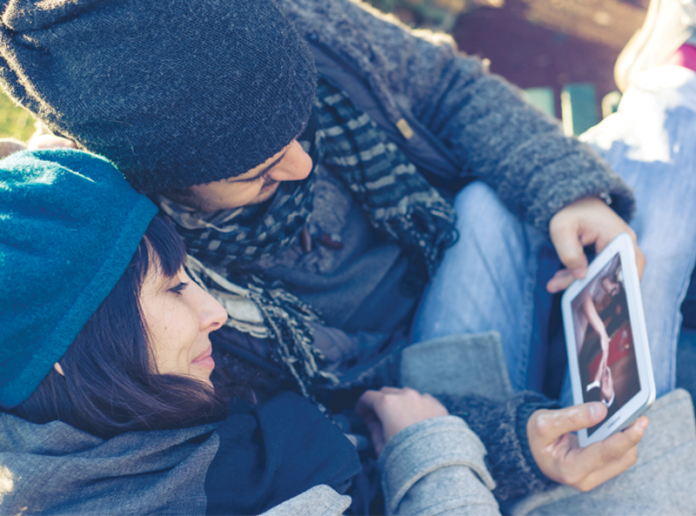 Technology has long played a part in business – think of the industrial revolution as the obvious example of man-made thought turned into business opportunities. In the drive to increase revenue, event videographers embraced the business model of the sale of video cassettes when they came onto the scene with vigor and enthusiasm; here was an opportunity to provide a mass audience with the fruits of one’s labor at a profit. And while the delivery device changed over time, going from cassette to optical disc, both standard and high definition, the practice of offering the masses this physical product of an event remained a mainstay in the profit toolbox.

The same technology that is obviating discs offers an alternative.

But that’s all changed, thanks to the Internet, which has presented the public with the means to view video without the need of physical media (i.e., streaming content through a network onto a computer or mobile device). As a result of this change in media consumption, the desire to purchase a disc no longer holds as true as it once did. Does this mean that an event videographer has just lost a major source of revenue? Perhaps. But the same technology that is obviating discs offers an alternative.

For the event videographer, being able to provide the event in a viewable format found in all homes (i.e., a DVD player) lends itself to sales that add to the bottom line. The problem that has developed with the DVD business model is that, over time, the means for duplicating a disc at home using a computer has become commonplace with inexpensive blank discs and disc burners. This has led to single purchases where otherwise multiples would have been sold. And the idea of upping the cost of the disc to compensate is an uncertain answer. But while disc sales have taken a “hit” as a result, the Internet offers an alternative: streaming content on an on-demand basis. The reason that this approach is valid is first due to the proliferation of mobile devices which a large audience is now using to view streaming content, combined with the proliferation of streaming services such as Netflix, Hulu and others which have proven to be simple to use.

The video content (already in digital form) can then be placed on a server and accessed through a website. The “back-end” being the technology on the website that controls this access and sends it to the user’s device (which can be a computer/laptop, smartphone or tablet). The more simplistic “front-end” is what the customer/user encounters: being given a location (often a URL) and a password for accessing the content prior to activating the streaming playback.

The creation and maintenance of such a site can be done by the videographer using tools provided by Internet Service Providers or as commercial software, or it can be done by a service which also takes the responsibility for maintaining the website. The advantage of doing it for oneself is that costs are at a minimum and the site’s “location” in cyberspace is tied to that of the videographer, as opposed to that of a company, which at some future time could cease to exist. The advantage of using a company comes from a level of consistent performance that will not have to be maintained by the videographer, freeing the person’s time for furthering new business.

The Cost of a Changed Business Model

What constitutes a reasonable charge for accessing the content must be considered based on a number of factors that are particular to the event photographer’s business. In most cases it would seem evident that the cost of access should not be less than that of selling a disc. Rather than selling usage in perpetuity, a subscription service based on a yearly turnaround could be considered. This gives the advantage of receiving a payment in full, and allows access without the need of any intervention on the part of the videographer during the course of a year. Should others wish to access the content, a subscription could be offered that enabled, for example, five or more individuals to access the content, each with their own unique password that grants access for a limited time. Since the content has already been taken care of for access for the main user (customer), the monies made from these additional users becomes pure profit.

Piracy is also less likely through a streaming video model, as duplication of streaming video is more complex than that of copying discs. This, combined with the need for a password in order to gain access right from the start, precludes the need to have additional copy protection on the content itself, although having a watermark or other notification that this is your work appear momentarily can be tolerated if handled with care, for example, at the lower right corner just as the video begins.

For some customers, having a physical media they can “take away” with them is important. That is why providing the video as a digital file on a small flash drive can take the place of a disc. The quality of the video placed on the flash drive can be standard or high definition, with the only requirement being a USB port that all computers, most disc players and very select HDTVs include, thus becoming a form of TV streaming without any of the networking hassles. Flash drives are inexpensive and can be acquired in a variety of file sizes and physical configurations, with enough room on them to add other videos, such as a demo reel or a “How-To” demonstrating the use of the streaming content subscription process. The less-fragile nature of the flash drive makes for a safer transport mechanism as compared to a disc as well.

Being able to hold a DVD box provides a certain visceral sensation that can’t be competed with in the “cyber” world. To duplicate this sensation, the flash drive can be presented in an attractive box.

The drive itself can also be configured to be more intimate, for example, being able to be used as a keychain (i.e., take your event with you) or in other ways made more tangible so it doesn’t get taken for granted. Additionally, the surface of the drive can be customized with logos, graphics and text as best befits the contents, for example, the URL of the event video’s location or a QR code which a smartphone app can access.

Keeping the Business Model Up To Date

A successful business model relies on “what is” rather than “what was.” With disc sales no longer a mainstay, any business model relying on them as a consistent source of revenue will fail. For the videographer, the sensible approach is to embrace those technologies that are now prevalent to the masses, such as flash drives and streaming video. It will be up to the event videographer to work out the considerations as to how the use of these new technologies can replace the old physical disc as a means for making a sale.