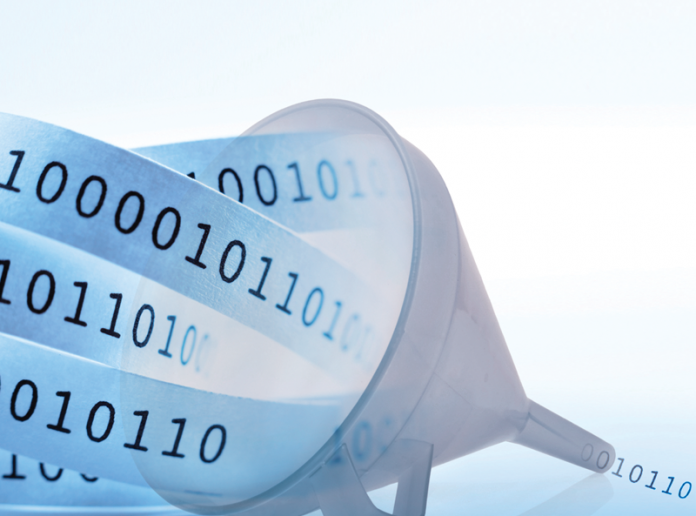 The advent of any new technology tends to question that which came before it. Video is a good example of this, as each change in the level of resolution has required new hardware in order to properly handle it. One such example is the change from a videocassette player for standard definition tapes to Blu-ray players for high definition discs. The most recent entry to video is that of 4K resolution: 3840×2160. This represents an increase of four times the pixel count of Full HD 1080p (doubling the horizontal and vertical resolution). Working with 4K resolution requires physical changes in hardware, for example, a video camera or computer, along with updated software that can handle the format. But the major required change is that of the bandwidth this format needs to transmit through the Internet: the present day infrastructure that constitutes the Internet “pipeline,” is not wholly prepared to handle the streaming requirements that 4K presents. This is especially evident in the case of usage by consumers, who do not have access to private Internet “pipes” but instead must rely on their existing Internet Service Provider (ISP) and the bandwidth they have been allotted.

This issue of bandwidth as it relates to the 4K’s resolution manifests itself in all of the same processes that are in effect for those files in 1080p resolution. To better understand the constraints facing the use of 4K, it’s necessary to look at the basics, which consist of the Internet pathway between the server and the user’s end device for presenting the video stream (i.e., the computer or television set). This connecting speed directly affects the reception of the 4K stream. Present day HD will often be hidden/buffered at the end device before beginning to display, and even still, hiccups, artifact glitches and slowdowns will occur. This is due to the home user’s Internet connection not exceeding 10Mb/s; on average, most households in the U.S. get around 8Mb/s. So when you consider that the needed bandwidth speed for sending/receiving a 4K video stream without incident, is discussed as requiring a 50Mb/s connection, it’s obvious that problems will develop when streaming.

Starting back in 2010, YouTube supported 4K files, although realistically at the time there were very few users outside of specialists who could take advantage of this.

A YouTube Spotlight web page is dedicated to 4K resolution files, with a small number of videos which look to have been shot by both professionals as well as prosumers. The number of videos are laughably small, compared to the rate at which even HD video is uploaded and presented by YouTube. Still, it did show an early interest which Google (YouTube’s parent company) is now looking to exploit. Google announced at CES 2014 that they would be making their own 4K codec, VP9, available as a royalty free alternative to the H.265 codec, with use to first appear in PCs and mobile devices and then followed by being embedded into TV systems sometime in 2015. Besides the royalty free angle, the technological advantage of Google’s codec is that it can provide the 4K image quality at a faster pace that H.265. Providing that it is paired with fast enough processors and hiccup-free bandwidth, real- or near real-time streaming of 4K could use less bandwidth and be easy to watch.
Advertisement

The present day infrastructure that constitutes the Internet “pipeline” is not wholly prepared to handle the streaming requirements that 4K presents.

Netflix decided to stream in 4K for the second season of its original series, House of Cards. Netflix is said to be looking to use those smart 4K Ultra HD TVs that can use embedded apps at about 15Mb/s plus some buffering, since most devices don’t have the H.265 codec in place as yet.

The issues facing Netflix’s implementation are obvious: there are many, many viewers whose televisions are hammering on the servers already, and this could cause a slowdown in the intensity of the 4K stream even if the base of 4K TV users are small, as they are part of the Netflix “community” of streaming users.

Compared to YouTube, the Vimeo website has a wealth of 4K video that we’d all love to stream. An interesting option provided is that video can be downloaded for viewing. Obviously this negates streaming issues at the outset as well as removing some of the “overhead” on the number of people streaming 4K video. The Vimeo player is not suited for playing 4K (1280×720 is the default resolution) though it does allow for resolution changes. Obviously, not having a 4K monitor makes viewing the 4K stream on the computer a wasted effort, but the downloadable option means the file could be transferred to a 4K television for viewing.

In the case of a person wanting to present 4K streaming from their own website, some consideration of the end user must be taken into account, since it may be impractical to provide a 4K stream. The logical approach from a website would be for the 4K file to be accessible on a multi-tier basis that takes the viewing platform into account. So if one is to view the 4K file on a computer, then true 4K resolution can be sent over, since it will be supposed that the computer/display can display it properly, provided that the Internet infrastructure will be handling the transmission efficiently and effectively (i.e., no hiccups, stuttering, freezing, etc.). But in the case of a mobile device (i.e., smartphone, tablet), transmitting a 4K file in its native resolution would be ludicrous, not merely from the standpoint of the resolution of the screen but of the processing power of the device. In the case of Apple’s Retina display MacBook Pros, the screen does not approach 4K resolution. Here you’ll need to know that transmitting 4K files at a lower resolution image will suffice; because the website’s technology is designed to deal with lesser files.

Streaming 4K video through the Internet is directly tied into the pathway between where its being stored and where it ends up. The greater awareness of 4K, mixed with sales of more affordable 4K monitors can further this along but, as far as the consumer goes, the bandwidth capabilities for 4K must be addressed by the ISPs and those working at the level of the infrastructure backbone first.

The Value of 4K

The value of content provided in 4K video goes well beyond having a resolution that is four times that of what is available to most consumers (1080p). Besides being especially suited for large screens, a big advantage is found in the larger color space and dynamic range. Add to this a progressive frame rate that does away with an interlaced picture and the 4K image can be seen as a quantum leap ahead for home viewing. There are effectively fewer compromises. To create an effective home theater that can compete with that of a local theater has long been the goal of television manufacturers who have avoided the ugly fact that content is the real “killer app.” With 4K resolution, the home theater can finally come into its own as an alternative to the theater, and as a solid replacement.