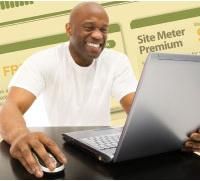 Blog is simply a web log, or diary, that one shares with others. But when users were finally able to add video to these blogs, a viral phenomena was born.

In the fall of 2001, text-based weblogs began to grow exponentially in popularity, followed a few years later by audio blogging or podcasting. But the October, 2005, launch of YouTube has made video increasingly the personal expression of choice.

Video blogging (a.k.a. video podcasting, vlogging or vidcasting,) takes place in two realms on the internet. Many text-based bloggers have added video to a pre-existing (or specially-created) weblog. And there are lots of people who view their clips on YouTube and other video aggregation sites as their daily diaries – their video blogs – with or without a text-based blog to supplement the video.

While there are plenty of other online video aggregators, YouTube, with its huge viewer base (upwards of 80 million in a month), serves both ends of the video production spectrum quite well. Its tiny video screen, displaying videos with a resolution of 320 by 240 pixels, looks dwarfed on the typical PC’s LCD monitor screen. And already, several other, sharper, newer video aggregation sites have superseded YouTube in video quality (a topic we explored in the December 2007 eNews article, “Online Video Distribution”). But YouTube’s quirks can benefit both beginners and experts.

Since most people clicking through YouTube want to view a story in a very economic form, YouTube is a tremendous place for beginners to practice and get their video chops down. Neither YouTube’s slightly funky low-res codec nor its ten-minute cap on video length is an impediment to beginners.

For experts, YouTube is a place to strut those hard-earned chops, since a video posted there has a very good chance of going viral and getting thousands – possibly even hundreds of thousands – of views, if it’s popular.

A video blog can be anything from a single camera “rant” on the topic du jour with no editing, to professional-quality productions built around real or virtual sets, tight edits and slick production values. Note that production value doesn’t automatically equal high traffic on YouTube. There are single-camera rants and cute-puppy videos on YouTube that have gone viral, some with over 800,000 views.

With the exception of one-take “rants” that involve just adding opening and closing credits (if that), a video blog segment is typically edited via standard nonlinear editing programs such as Adobe Premiere (Pro or Elements) or Sony Vegas.

But rendering the edited video into a format accepted by the aggregator is where things get interesting. Many (but not all) video hosting sites allow videos rendered in Adobe’s Flash format to be uploaded, but not all display the final product exactly as uploaded. For example, Brightcove, used by both one-man video bloggers and comparatively giant content providers such as cable TV channel AMC and the Wall Street Journal’s online video operation, allows direct uploading of Flash video with no re-encoding for remarkably clean-looking videos. However, YouTube converts most videos, whatever their format before uploading, to Sorenson Spark, an older H.263-based codec, for its patented mid-fi (some say low-fi) quality.

Whether this lower resolution is a bug or a feature depends on your goals in video blogging. If you want to show off your cinematography in all its high-def mega-megapixel glory, YouTube isn’t the place for you. But if you want a lot of viewers and are willing to accept the trade -off in quality, YouTube is where the viewers are.

Since online videos typically have rather small picture sizes, sound is a surprisingly important element of a video blog. In some ways, sound is more important than video, as viewers at YouTube and other video aggregation sites will often overlook lighting that Hollywood standards would consider mediocre or worse, but poor sound gives the game away instantly. So use close miking of talents whenever possible – a lavalier or properly-aimed boom mic, rather than the cheap onboard mics built in to most camcorders.

If your video consists of documentary shots with voiceover narration shot later, invest in a high-quality microphone and good-quality digital audio workstation program to record and edit the audio.
Sites have pulled numerous videos because their makers simply stuck a copyrighted hit song underneath the video and the copyright holder complained. (YouTube in particular will often yank a video very quickly in response to a copyright complaint.) So, if music is important to your video blog, purchasing a few CDs of background music that’s specifically labeled royalty-free might be a wise move. (Or find a sympathetic friend with a synthesizer to score your background tracks.)

We’ve spotted a number of savvier video bloggers using dissolves and multiple static titles rather than continuous titles that scroll, since the latter can often look slightly jerky when rendered into Flash. In any case, when editing a video blog, check how titles will look when viewed at the typical YouTube dimensions of 320×240 (or 480×320, another popular internet video aspect ratio). You might find yourself scaling up smaller titles that would have looked fine on a conventional NTSC TV set.

In terms of a video’s running time, there are two philosophies. For most, shorter-and-punchier works best, and YouTube’s ten-minute running time restriction is a potent aide in boiling a video down to its most important essentials. But many other video hosts have much more liberal policies in terms of length and file size. There’s a school of thought that, if someone is really interested in a topic, then length really isn’t an issue. Copywriters in the direct marketing advertising business know that, if they can get the person reading the ad past the first couple of paragraphs, then longer is often better, as it whets the reader’s appetite via all sorts of selling points. The same is true with video. If a topic or interview subject really appeals to your core market, a substantial number of viewers will watch it to the bitter end. Obviously, it helps to know your audience and your subject, and adjust accordingly.

Don’t Forget the Blog Portion of a Video Blog

Whatever format you choose for your video blog, don’t neglect the blog half of those two words. A text blog is easy to launch – and in some cases free (for example, just go to www.blogspot.com, which, like YouTube, is owned by Google). A traditional blog helps to drive traffic to the videos themselves and can build on the topics explored in the video, providing hyperlinks to material offsite and space onsite for text to flesh out the video. And the videos provide a key reason for internet surfers to return to your blog. Thus video and text blogging together can be a powerful combination.

A conventional blog can also have a stat counter built into it, such as the free counter available from Sitemeter.com. Between the stats provided by the video aggregation site and the stats counter on your blog, it should be possible to see how traffic is arriving at a video and which topics are generating the largest numbers.

On The Blog Training

Obviously, there’s much more to video blogging than one article can hope to discuss. A recent book published by Focal Press, Producing Video Podcasts, by Richard Harrington and Mark Weiser, provides a richly-detailed overview of the topic.

But there’s no substitute for personal, on-the-blog training. In the late 1960s, someone asked director/producer Stanley Kubrick, then at the height of his fame, having just come off his epochal 2001: A Space Odyssey, filmed in widescreen 70mm on a 10.5 million-dollar budget – back when 10.5 million was real money in Hollywood – how someone could become a filmmaker. He replied, “The best education in film is to make one. I would advise any neophyte director to try to make a film by himself. A three-minute short will teach him a lot. I know that all the things I did at the beginning were, in microcosm, the things I’m doing now as a director and producer.”

Kubrick believed that “anyone can make a movie who has a little knowledge of cameras and tape recorders, a lot of ambition and – hopefully – talent. It’s gotten down to the pencil-and-paper level. We’re really on the threshold of a revolutionary new era in film.”

Like the onscreen visions of 2001 itself, Kubrick may have been a few decades off with his prediction: the “pencil-and-paper level” of moving pictures wasn’t quite there then, but it’s definitely here now – and just as internet blogs replaced personal diaries, adding video is an easy way to increase your visibility, in more ways than one.