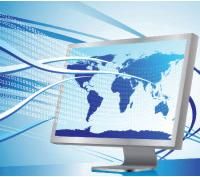 HD Online: We have the technology. We can build faster internet connections, with better delivery service than ever before. Better, stronger, faster.

The convergence of lower-cost HD prosumer camcorders, faster internet connections and improved content delivery networks (CDNs) is leading to a surge in HD video online. With that upswing come opportunities for videographers to bring their work to the masses and draw in more customers.

Want to share your HD videos and garner some feedback from other videographers? Upload your HD products to Vimeo.com. Do you have a programming idea and the gear to produce it on HD? Pitch that project to ON Networks. Want to offer streaming HD on your site? Turn to a CDN like Akamai.

All these possibilities now make perfect sense. Technological convergence is the reason. For example, I just installed new pipes in my home. Gone are the clunky 1Mbps (on good days) download speeds of DSL. Here today is 6Mbps cable. I now can enjoy full screen width, smooth playback, streaming 720p HD on my PC via the internet. I can even use a DVI-to-HDMI converter and watch online content on a home HDTV screen. The content selection is surprisingly vast, despite the infancy of the technologies needed to get to this point. And the offerings can only improve.

What’s even more exciting is that just about anyone with HD video production equipment can take advantage of online HD. Unlike broadcast HD TV, which requires layers of expensive studio gear and transmission hardware, HD on the web is relatively simple and much less expensive.

As is typically the case with emerging technologies, it’s frequently the nimble startups that lead the charge. Vimeo.com got its start four years ago as a sideline for one of the owners of Connected Ventures, the company behind CollegeHumor.com. There were no video-sharing sites then, so Jakob Lodwick created one to host his videos. Not much changed until media mogul Barry Diller’s InterActiveCorp bought a controlling share of CV. IAC beefed up the staff, upgraded Vimeo’s interface and functionality and launched HD support a year ago.

Since then Vimeo has added multiple features, including channels, groups and Facebook support. While the user base has grown substantially, “the general atmosphere of respect and creativity remains,” says dalas verdugo, Vimeo’s community director. “We understand that people are pouring hours of their time into making videos that look amazing, and we want to honor that effort by showing them in the highest quality possible.”

Of all the HD sites I visited, Vimeo’s offered the best of all worlds. Uploading is easy. Vimeo accepts multiple HD formats, but they recommend that you compress your files using H.264 (MPEG-4 Part 10) for the video codec and AAC for audio. At the minimum, the data rate for HD uploads should be 5Mbps with a resolution of 1280×720. Users are allowed to upload up to 500MB per week with no limit on the cumulative total.

Vimeo compresses and converts all HD into Flash that streams from their site at 1.6Mbps, using the non-proprietary, industry-standard Adobe Flash browser plug-in. I think that is a huge plus for Vimeo. Flash version 9.0.115, released in December 2007, supports H.264 and AAC audio at HD resolutions, and, at last word, it had an 82 percent worldwide penetration.

Most other HD sharing sites I visited require users to download and install proprietary players. That always makes me uncomfortable, and I usually give such sites a pass. I don’t want to clog my hard drive with unnecessary clutter nor take the risk of running downloaded executable files. If you find that you don’t use the service, what will happen if you forget to remove the players? They will just eat your system’s resources unnecessarily.

Several sites are seeking HD video producers with ideas for episodic programming that will attract viewers and advertisers. ON Networks is a major player in this arena. Their content criteria are:

When I last visited the ON Networks site, it had 400 episodes of 30 different shows. ON Networks lets content providers use a variety of file formats, but the company urges producers to use Panasonic DVCPRO HD at 720p or 1080p and wrap their videos in QuickTime MOV files.

File sizes can be prohibitive, so some producers ship their programming to ON Networks on portable hard drives. Others use ON Networks FTP servers that can take multiple upload streams. ON Networks uses a third-party firm to compress and convert the HD files into Flash, H.264, MPEG-2 and Windows Media Video 9. In that way, HD videos can play on multiple devices, including Xbox, iPod and mobile phones.

ON Networks monetizes content through advertiser/sponsorship deals and distribution agreements and splits the revenue 50-50 with the content creators.

ON Networks and Vimeo don’t have the financial resources to create the infrastructure needed to provide streaming HD video to thousands of site visitors. Instead they turn to CDNs – content delivery networks.

CDNs accomplish this by creating massive private networks and server farms around the world to host content and deliver it from multiple servers simultaneously. Proximity is critical to download speeds, thus the need for so many server locations.

The largest content delivery network, Akamai Technologies (Akamai is Hawaiian for smart or intelligent) has 1,000 data centers and 25,000 servers in 650 cities and 70 countries. The highly-distributed architecture means Akamai is within one network hop of 90 percent of all internet users worldwide.

The numbers are even more staggering when you consider that the throughput needed to stream HD to one million viewers simultaneously (equivalent to one Neilsen rating point) amounts to 7 terabits (trillion bits) per second.

Don’t Let HD Pass You By

If you’re an HD video producer, getting your foot in the door of the HDTV broadcasting business is a daunting challenge. Not only are there financial barriers to entry, but HDTV programming is not yet at the point where it is catching the mass market (but it’s only a matter of time before that’s the case). The Consumer Electronics Association reports that only about one-third of U.S. households have HDTVs, and most of them use their widescreen TVs for games and DVDs, not television programming.

On the other hand, narrowcasting content on the internet is easy and relatively inexpensive, and you can reach a potentially huge international audience. Nielsen Online reports more than 90 percent of active U.S. internet users connect via broadband. The Information Technology and Innovation Foundation states that average download speeds are climbing worldwide. Japan and South Korea top the charts with speeds of 64Mbps and 50Mbps respectively. The average for the top 30 countries is 10Mbps with the U.S. lagging behind at 5Mbps. But even 5Mbps is more than adequate to handle streaming 720p HD.

There are minimal barriers to entry and multiple opportunities for those who want to post their HD products online.