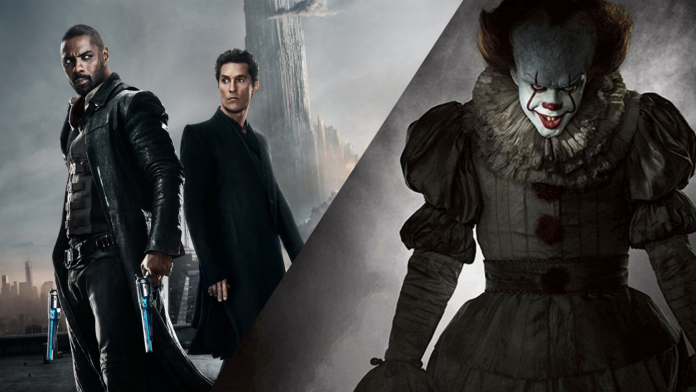 2017 saw some of the biggest film releases for the action genre with such titles as Dunkirk and War for the Planet of the Apes, as well as many others. But 2017 has also been a huge year for the horror genre with films such as Get Out, which has maintained a 99 percent rating on Rotten Tomatoes since its release in March. We have also seen horror adaptations this year, with Stephen King’s The Dark Tower and IT, both being released less than a month apart. However, there is a large difference in the ratings of these films. IT stays strong with 85 percent on Rotten Tomatoes and is considered one of the best horror films of the year, and The Dark Tower is on the total opposite side of the spectrum with a 16 percent rating and many negative reviews. This raises the question of how two films based off of the literary work by the same author can be received so differently by audiences. To help us find the answer, we looked at the strengths and weaknesses of each film and compiled this list of dos and don’ts for literary adaptations.

Do: Make sure your story is at a suitable length for adaptation.

A large factor that determines the difference between these films is the source material. IT is based off of one novel, which makes it easier to adapt into a screenplay and make into a visual piece. Source material such as this can be written in a way that fits within the length of a feature film, while keeping the crucial plot points on screen and allowing the audience to have an understanding of what they are watching. The original IT television mini-series was released in 1990 and had two episodes where the first follows the story of the group of childhood friends fighting against the mysterious being known as Pennywise the Clown, and the second episode follows them years later when they are adults and are once again faced with Pennywise. A story such as this works well in two parts as it allows for an easy build up to the story and then follows with a resolution in the second part. This year’s remake will also be followed with a second part that will continue the story as the original did.

Don’t: Oversimplify plot points in order to make a story that fits the length of your project.

As you might guess from the length of the original series, The Dark Tower attempts to cover a long and winding narrative. As you might expect, when it came down to adapting for screen, there were many parts that had to get left out.

Do: Look through the story carefully and be certain it will work well on screen.

Long stories are often also quite elaborate, making them even more challenging to adapt properly. An overly-elaborate story has many plot devices and points that make it incredibly difficult to convert into a format that works on screen. With complicated stories, there is always a choice to be made: which parts of the story to include in the screen adaptation and which to leave out. IT has a simple and localized story that is easy to follow and adapt. The basis of the story and the resolution can be summarized within the length of film without undue simplification.

An overly-elaborate story has many plot devices and points that make it incredibly difficult to convert into a format that works on screen.

Don’t: Change story elements to help fit into the screen adaptation you have created.

The Dark Tower source material stretches through eight books and is therefore an incredibly complicated story to adapt into a screenplay. This is why many audience members who haven’t read the books found it difficult to understand the story. There are some aspects that seem to jump ahead and bypass parts of the story in order to fit it all into the acceptable length for a feature film. Compressing a long story like this into a single film will result in such jumps and can lead to low ratings and bad reviews. When it’s a long story, the best way to adapt it for screen is to do it episodically, much like the way The Lord of The Rings films were done.

Do: Include all the important plot points that contribute to the story.

With all adaptations, audiences will often compare what is and isn’t included in the films compared to the books. The story of IT was very well represented in the new adaptation, though some parts from the book were left out, largely because of their sensitive nature. Many fans of the book had noticed that certain scenes were left out, but there was an understanding as to why they were left out.

Don’t: Rearrange and combine plot points that don’t really tie in together.

On the other hand, The Dark Tower film made some large leaps in the story and has thrown elements from several of the books into the film. This mixing of elements lead to an over-extended film that, for many, didn’t deliver the narrative satisfaction of the books. Though the adaptation was done with the intention of being the first in the cinematic franchise, many characters and locations that come later in the books appear in this first installment and are portrayed very differently. With adaptations like this, it is quite difficult to compare storylines because some parts of the story technically come later on in the series. Fans of the books may consider this a disservice to the original narrative, while those who haven’t read the series may simply be confused or disengaged.

When it comes to adapting literary works into a format for the screen there are several important factors to keep in mind. You must always makes sure that the story you are adapting is not too long to fit into the length of the production you are making, whether it is a feature length project or short film. With a long story, you will more than likely be forced to cut some parts down or bring some plot points in ahead of the story in order to fit it all in. If the story you are adapting is too long, consider adapting it into an episodically structured project. Complicated stories are also difficult to write for the screen because one way or another, some parts of the story will have to be rushed or changed, which can result in the audience not being able to follow the story very well. Before you even take on an adaptation, make sure that the story is suitable for screen.

Antonio is always looking for new ways to expand his filmmaking knowledge, from cinematography to editing; there is always something new he is trying to learn. Now, with feature film work under his belt, he is ready to share the knowledge he gathered with the world.