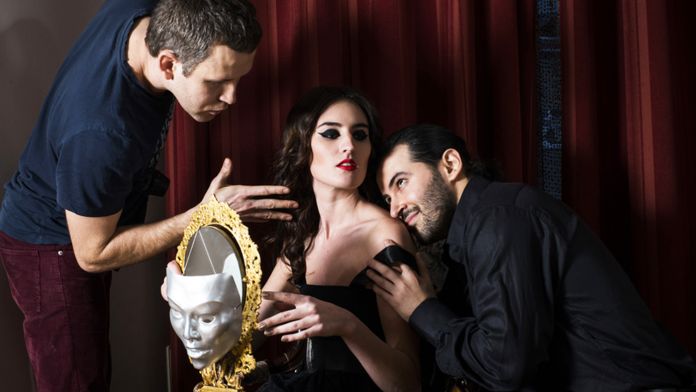 Directing is a tough job. The long hours and pressure of keeping a production on track require a strong leader. While the stereotype of the riding crop and megaphone wielding director may be a thing of the past, many filmmakers maintain a fearsome reputation. But is it necessary to be overbearing in order to make a good film?

Stanley Kubrick was legendary for pushing cast and crew through take after grueling take until every detail was perfect. Other directors have a more hands-off approach. While filming the first “Star Wars” movie, actors often got only three words of direction from George Lucas: “Faster. More intense.”

Make Room for Respect and Communication

Steven Spielberg is renowned for his craftsmanship as a filmmaker and for the loyalty of his crew, many of whom have worked with him on multiple films. He pulls award-winning performances from veteran and novice actors alike without driving them to tears. How? That’s something that only years of directing can teach you, but it probably has something to do with shared respect.

Directors have to make many choices, and then effectively communicate those choices. The more of those choices you can make during pre-production, the fewer issues will arise during production. Actors, costumers and other key members of your team will have their own ideas. Respect and consider their input while making your choices, then make sure they understand your decisions.

Rehearsing with your actors can also help reduce on-set decision making and disagreements. There will still be plenty of last minute adjustments to keep things interesting. Depending on the project, you may leave room for improvisation and new choices from your actors. You can get some pleasant surprises when you give actors the freedom to try a scene in fresh ways. If you’re on a tight schedule and budget, it’s best to work out this experimentation during rehearsals.

Directors are notorious control freaks, but with good pre-production you should already have the most important creative decisions worked out in advance. On the set, sometimes it’s best to sit back and let a scene unfold, so avoid micro-managing your cast and crew.

On the set, sometimes it’s best to sit back and let a scene unfold, so avoid micro-managing your cast and crew.

Professional actors don’t like directors telling them exactly how to read a line or perform an action. They prefer guidance and adjustments. If you have no acting experience, give it a try and take a few acting classes. You’ll learn how to approach a scene from the actor’s perspective and improve your directing skills in the process.

Sometimes actors need help getting into an intense state such as crying. There are directors who will scream at an actor to rile them up. I prefer to leave those kind of emotion-building exercises to other actors performing in the scene.

On the other hand, even the most experienced crews may need someone to “crack the whip” and keep things moving when production slows down. On many films, including my own, the 1st Assistant Director is the one barking orders while the director sits quietly behind a monitor. Smaller productions may require you to be more hands-on, but you can still maintain an upbeat attitude that inspires your team.

One thing nobody needs is a real tantrum. It’s unprofessional in any business, but unfortunately there are immature people who think it’s acceptable to yell and throw things when they’re upset. A few of these types might win awards and acclaim. Most find it harder and harder to get work over the years.

You can have strong opinions and a bombastic personality without being a jerk. Robert Rodriguez rose from indie filmmaker to Austin movie mogul with help from his charismatic personality and reputation for being easy to work with. Rodriguez is known to play his acoustic guitar on set to keep the mood light.

Not every director can be so easy-going, but the job becomes less stressful as you build a team you can trust. No actor or member of your crew should be afraid to come to you with a problem. Avoid placing blame for the issues that arise on every set. Lines get flubbed, props get lost, gear breaks down. Throwing a hissy fit doesn’t solve the problem. It just prolongs it.

Keep Calm and Direct On

There’s no such thing as a ruined take. If someone forgets a line or a boom gets in the frame, part of the shot may still be usable. Relax and get another take. Even if you are running out of time, keeping your cool under pressure will help steady everyone else’s nerves. Remember, panic is contagious.

Directors who are professional without being overbearing get more work than jerks who inspire terror on the set. If you happen to be one of those ogres, please learn to relax. Your crew will thank you.

Joshua Siegel is a filmmaker who will yell at clouds but never at his crew.