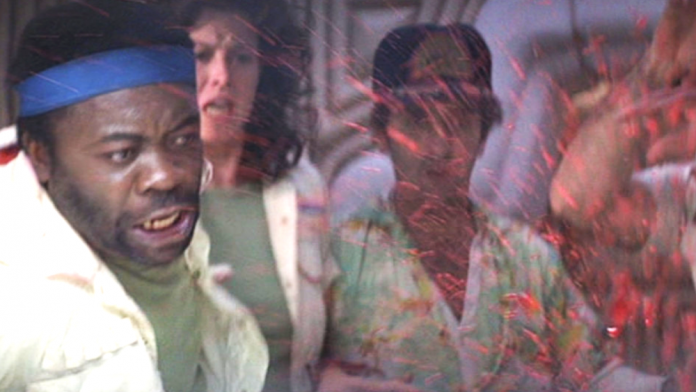 Making a film can be as exciting as it can be frustrating. As a director, one can find themselves dealing with immense stress, whether in shooting a short film, feature length film, or just for something fun to share on YouTube. Stress, when it comes to dealing with crew and actors, can lead to problems such as delay in time, added production cost or just difficulty getting the scene to be as perfect as it is in the script. Sometimes, getting that great performance out of an actor isn’t always as straightforward as it may seem. In order for an actor to deliver, directors sometimes will tell a lie or two for that to happen. How you frame a scene or a character can consciously and subconsciously influence an actor’s interpretation. That is why directors have an obligation to lie or to deceive their actors in order for them to get the reaction needed to convincingly tell the story. A film’s success or failure may depend on it.

A lie can be as small as shielding an actor’s sensitivity to what the film is about, as Stanely Kubrick did in the case of the “Shining.” Keeping secrets may ensure that the reaction being given is completely raw and real. There are also times on set when directors give conflicting stage directions, for instance, telling one actor to play a scene as a comedy and asking another actor to play it as a drama.

Examples in the Industry

Hollywood is filled with directors who are known to tell a fib or two to their actors on set. Some of the most acclaimed directors have the tendency to lie in order to get that real reaction that some movies lack. These famous directions are known in the film industry to lie or withhold certain information from their actors on set. Some of Hollywood’s popular scenes are more authentic due to these tall tales. For instance, during the filming of the horror classic, “The Exorcist,” William Friedkin told actor Jason Miller that he wouldn’t get hit from the projectile vomit when in fact he would, in order to get the authentic reaction shot. While shooting the famous “chest bursting” scene in “Alien,” Ridley Scott didn’t tell his actors what was going to happen. He was looking for raw fear and that is exactly what he got in the final cut.

Some of the most acclaimed directors have the tendency to lie in order to get that real reaction that some movies lack.

When Michael Gondry directed “Eternal Sunshine of the Spotless Mind,” he gave his actors conflicting advice. In an interview in the Daily Beast, Gondry said that; “I had to talk to Kate Winslet in a different room to tell her, “Go as big as you want! This is a comedy!” And to Jim [Carrey], I’d say, “This is a drama, not a comedy.” There is a time when characters get different advice. Gondry told Jim Carrey that he shouldn’t improvise his scenes or joke his lines too much. This frustrated him during a scene where he’s laying on the bed out of frame from Mark Ruffalo and Kirsten Dunst, who were joking and laughing and going off script. He asked Gondry; “Why are they improvising? You told me the opposite.” Gondry explained it was different for his character. Though Carey was frustrated with Gondry, the film turned out to be a masterpiece in part because of the deceptions used to get it there.

While filming the “Blair Witch Project,” directors Daniel Myrick and Eduardo Sánchez took eight days making the fake horror documentary. They wanted everything to look and feel as real for the cast as they could get, and their goal was successful. Some of the ways the pair got the realistic shots in the movie about a witch included deception towards the cast. This included planting actors among the town to fool the cast into thinking that the legend was real, giving the cast less and less food throughout filming as to weaken their state of mind, as well as rattling the tent during scenes to induce real fear. In another classic horror film, Alfred Hitchcock told Tippi Hedren while filming the “Birds” that they were using mechanical birds during the climax of the film but due to a malfunction during filming, they had to use real birds instead.

Another Tool in the Director’s Toolbox

Lying in Hollywood comes in many forms. Actors lie to get a part; directors lie to get the shot. Most of the time, a lie will take you far but there are moments when it shouldn’t be your only strategy. When it comes to kid actors, sometimes keeping things in the dark may not be the right call. For  instance, when Mel Stuart made “Charlie and the Chocolate Factory,” he kept a lot of things hidden from the kid actors to gain real reactions. Some were essential to the scenes, including not seeing Gene Wilder until the exact moment they first get introduced to him at the chocolate factory. But withholding the scary boat scene altogether may have gone a little too far. The kids only knew what they were going to say, not what Willy Wonka was going to say or do throughout the scariest moment in the film.

It is is common to lie to actors in the film industry. A film, whether short or long may depend on this small fracturing of the truth in order to retrieve honest takes or to frame a moment on screen that is completely real. Directors have the sense to change perspective and to give actors a different look at their characters or scenes to gain realism. When taking on the task of directing a film, there is sometimes a obligation to twist the truth for your actors, in order to find that raw reaction.

Erin Vierra is graduate of Chico State with a BA in Communications Design with a focus in Media Arts. She is a freelance writer who enjoys obsessing over movies and books.