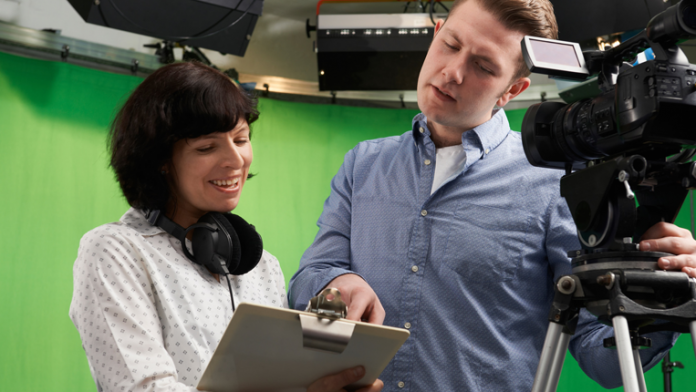 For the director, this process begins in the pre-development stage of their project. The first stage of the creative process is the script. The script is the map — the blueprint — for the overall direction of the finished product. You cannot set a course or navigate without it. During the pre-production stage, the director gains the most insight by collaborating with the writers — if they’re not writing the script themselves. When every page, scene and shot of the script has been dissected, the director will gain more control over the management of the production. From the script, the director immediately determines his or her limitation based upon the production’s budget and finds ways to work around the budget to produce impressive results.

Directors can’t do it by themselves. Even the most educated and gifted filmmakers need a crew. Whether you’re doing an independent flick on film or digital video, you need to plan accordingly to your budget and your needs. For example, an indie filmmaker shooting on digital video may only need a two-person crew, where the director shooting with film may need 30 or more people to cover all the responsibilities of a more complex production. If your project calls for lighting, sound recording, multiple locations, set designs, costumes or visual effects, then you’re going to have to amass the right people for the job long before arriving on set.

The director has a lot on his or her plate before the cameras roll. The script has to be refined and polished so that it’s shootable before production. The actors have to be cast and rehearsed before they’re placed on set. And egos have to be checked so that everyone knows who’s in charge. The director needs to get to know the personalities of the cast or crew before production — their weaknesses and their strengths. Good directors don’t wait until production to find out who can deliver a line in one take and who can’t, or who can set up equipment just right in the shortest time.

If a production requires visual effects, a good director won’t wait until the cameras are rolling to stage shots properly. They go over the necessary shots with their effects person to save time and money during post-production.

The director and sound technician should run audio tests during pre-production and before a shot to make sure they’ll be able to capture the required sound for the production.

Let’s be realistic. In the real world of filmmaking, it can be hard to make time to bond with a cast and crew — especially when working on a tight budget, but it’s vital that the director makes an effort to be there for the team both on- and off-set. With Hollywood-sized budgets, a director can commission or hire several assistants to supervise cast and crew. However, for the independent filmmaker working on a low budget, a director may have to enlist a spouse as the AD, a neighbor as the gaffer and a local bar and grill as the meeting place and caterer.

A director gets the best results from his or her team by being genuine, knowing what they want, being punctual and providing guidance both before and during all crises. To be able to do that, they must invest significant time and effort both on- and off-set.