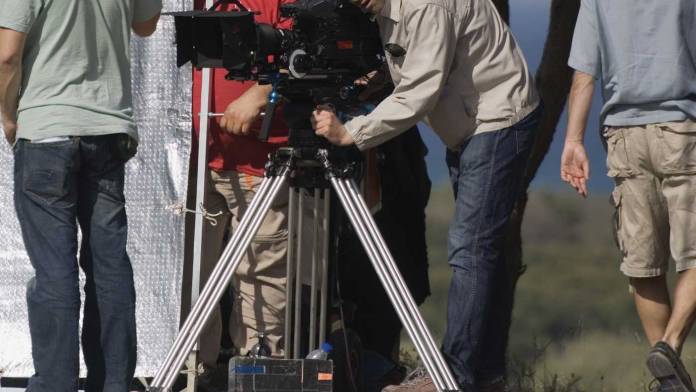 Stress, lack of sleep and poor diet are problems plaguing many filmmakers during production. Peter Jackson no doubtedly was affected by this when he was hospitalized for a perforated ulcer during production of “The Hobbit”. While there isn’t an official director’s disease, it’s no great surprise that many director’s do get ill after a prolonged shoot.

Of the three, stress and lack of sleep are some of the biggest challenges a filmmaker must overcome during production; yet, these are also the same two culprits that will run down your immunity and make your more susceptible to illness. We’ll examine some common pitfalls for filmmakers and discuss some positive filmmaking habits that can promote good health.

Stress and filmmaking are synonyms for many filmmakers. This is perhaps most true for independent filmmakers who are short on funds and trying to get the most for their production on a shoestring budget. Reducing stress for yourself, your cast and your crew should be one of your primary goals as a director. Yoga and meditation can be great stress relievers. Physical exercise such as running or jumping rope can also be a great way to clear the mind; obviously, productions that have a masseuse as a permanent crew position may really be onto something. Of course, preventing stressful situations before they occur may be the obvious, best solution. Let’s look at some common stressors and ways to prevent them.

The Best Crew or the Most Crew

This is the dilemma that many directors on a small budget face. You may be good with a camera and proficient in Premiere or FCP, but delegating will go a long way to improving your health. Why? The answer lies in the following scenario domino: you dress the set, light the set, set up the cameras, do makeup and wardrobe for your actors, direct, shoot, record audio, script supervise, capture your footage, review your dailies and prepare for the next day of shooting. Being a filmmaking army of one just created an unsustainable 21 hour work day. Just thinking about doing all those jobs makes me tired! While this may not be so challenging for a one page commercial script, shooting a fifteen page short will be exhausting, a 90 page feature — suicide.

Even a bare bones crew will have to double up on jobs and responsibilities, which can lead to undue stress on your talent. Ultimately, you will need to decide if is it more important to have a very experienced DP or more efficient to have a knowledgeable but relatively green DP, a grip and a gaffer all for the same price of your veteran crew member.

A shortage of funds is often the biggest reason cited for lack of pre-production; however, lack of funds is actually the most compelling reason to focus as many resources on this phase of filmmaking as possible. Your biggest cost is usually your shooting days because you’re often paying for camera and location rentals, cast and crew, catering, permitting, transportation, insurance and other related expenses.

Obviously, an experienced crew will go a long way as far as meeting ambitious shooting schedules, but it can’t happen unless there’s a prepared director.

Storyboards, extensive rehearsals and a good shooting schedule can keep you on track and on budget. Make sure you have all costumes, props and set dressings before you start shooting. Actors should know all their dialogue and blocking. Camera and lighting should be prepared for fast and efficient setups. I have heard of productions shooting upwards of 21 pages a day — and that’s with multiple setups. Obviously, an experienced crew will go a long way as far as meeting ambitious shooting schedules, but it can’t happen unless there’s a prepared director.

Actor/writer/director/producer John Schneider (“Dukes of Hazard,” “The Haves and Have Nots”) can shoot a feature in 16 days, but that doesn’t mean you can. Schneider comes from the world of television where this pace is common. Do you have an experienced TV cast and crew? If not, there’s a good chance that your cast and crew can’t replicate this schedule. Scheduling too many script pages for one day can result in your 8-hour day becoming more than 16 hours. You may think a 21-hour shooting day is stressful, but how anxious will you be when facing union meal or turnaround penalties?

A common problem occurs when not enough time is scheduled for a particular practical location. An inexperienced director with an inexperienced crew may want to schedule at least a half to full day extra day at every location in case the production is running behind schedule. Creating a cushion in your schedule will ultimately save you money and decrease your stress. It will also ensure that you actually get some sleep.

Eating a healthy diet and avoiding sugar and caffeine rushes to keep you awake is highly recommended. This protocol should be used for both you and your crew. Providing nutritious meals and snacks as part of your craft services is a win for the entire production team. Vitamin supplements can also be helpful. Many crew members swear by EmergenC, a vitamin supplement, when they’re working very long days or experience the onset of cold symptoms such as sniffles, coughing or even just fatigue.

Planning Each Day Keeps the Doctor Away

Your health should be one of your highest priorities because the show probably will not go on without you. If you approach your upcoming production with proper planning and strategies for good health, you can minimize stress, maximize sleep and focus on productive filmmaking.