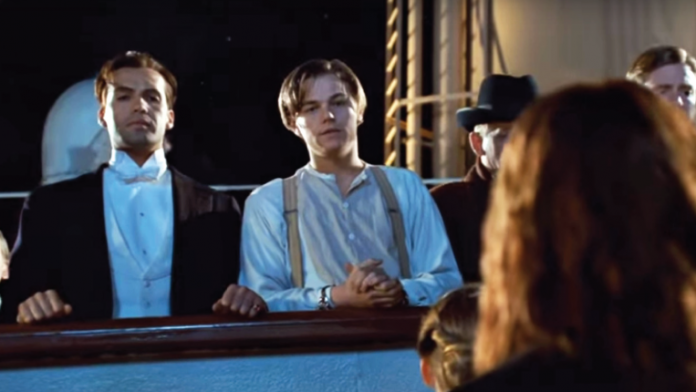 During a TED talk, legendary filmmaker James Cameron admitted he chose a story involving the Titanic as an excuse to use his love for deep-sea diving and to explore the wreckage of the Titanic itself. But, he also did this under the umbrella of one of the greatest love stories of all time. He used visual storytelling to push two different stories involving romance and tragedy. Visual storytelling is an essential tool in a film director’s arsenal.
Cameron also admitted he pitched “Titanic” as “Romeo and Juliet on a boat.” Titanic was one of the biggest feats in cinema history and included never before used CGI. He also went over budget. The success of “Titanic” isn’t attributed to one specific thing, but a large part comes from the visual storytelling of one of the most successful love stories of all time.
Another classic story is “The Dick Van Dyke” show, aired from 1961-1966. The show’s creator and writer, Carl Reiner, wanted a timeless show. In Dick Van Dyke’s memoir, “My Lucky Life In and Out of Showbusiness,” Reiner described how he made it a rule for himself and other writers to not include any political references or slang of the time. He wanted it to be about the story — the working family man. It stood the test of time and resonates with viewers generations later.
Remember, stories are ever-present; it’s the medium that changes. With music, melodies and instrumentation draw people in. Hidden inside of a lot of popular songs become great stories. With film, we rely on visual storytelling — what we see on screen — to give us context and meaning.

This art of storytelling is not limited to the film and video world. This is the essence of all art. Film, however, is a newer medium. In fact, around 100 years ago, the Warner Brothers set out to create films with sound synced to the picture. There was hesitation because the general consensus at the time was that people didn’t want to hear people talking during these movies. The piano player playing in the theater was enough. As time passed, films featured dialogue and the audience responded well. These early sound films illustrate how technology pushes the medium.
With new technology came the ability to tell stories that weren’t possible before. A 1929 article written by Rene Clair titled “The Art of Sound” gave insight into the fears of her generation with the new “talking films,” also known as “talkies.”
The medium tends to be most effective when used with a purpose. The same with color. “The Wizard of Oz” starts off in black and white. As soon as Dorothy gets swept away into the World of Oz, we switch to color. The use of black and white changing to color, emphasizes the fact that we are in a whole new world. The technology enhanced visual storytelling.

In the mid-80s and early 90s, Industrial Light and Magic (ILM) seemed to crack the code with visual effects. In the documentary “ILM: Creating The Impossible” former President of ILM Jim Morris explains how stories that “needed” the technology were finally available after ILM did the work on James Cameron’s “The Abyss.” The next major project was Cameron’s “Terminator 2: Judgment Day.” This wave included the amazing work on Spielberg’s “Jurassic Park.” At first, “Jurassic Park” planned stop motion for the dinosaurs, then ILM created realistic dinosaurs with CG. This wave of evolutionary CGI continued on through “Forest Gump.”
Morris described how “Jurassic Park” featured a multitude of grand effects, while “Forrest Gump,” directed by Robert Zemeckis, featured more invisible effects, such as changing what lips were saying or adding sky replacement. The story called for it, and the artist and technical masterminds found a way to get it done. These effects helped drive the story through visual storytelling.

In an interview with the Director’s Guild, Zemeckis, who also directed “Back to the Future,” remarks, “There are 30 effects shots in ‘Back to the Future,’ and most of them are lightning. But it’s a science fiction story, so everyone thinks it’s filled with special effects.” He credits the success to the movie having the bare bones of a good story rather than spectacular visual effects.

“Bob [Gale] and I knew our screenplay was really, really good, even though everybody rejected it, numerous times. It was just so tight, the kind of thing that I love. Everything is set up, everything is paid off. There’s only one scene you could argue isn’t propelling either plot or character, which is when the movie stops for Michael to play ‘Johnny B. Goode.’ But every line of dialogue, every beat, every cut, every shot is doing what movies are supposed to do, which is propelling the plot or establishing character. There’s not a single extraneous frame.”

The beautiful thing about stories is they transcend the medium. Everything seems to better through the prism of a story. Take for instance a wedding video. Editing propels the events. A groom getting ready for his big day, intercut with a bride. The general story shows how the two different parties prepare using match cuts. Close-up of the groom’s hands standing at the alter. Cut to the bride’s hands as she gets ready. All of these, albeit sort of abstract, tell a story.

Or, how about a storyline on the bride and groom before the wedding with how relieved and happy they are at the ceremony, creating an arc of tension and joyful nerves and ending with relaxation and fun at the party. Everything has a story form and we receive it better.

A science to story

This is not just an abstract theory. The effective power of story has scientific merit. Professor Paul J. Zak describes this.

“Oxytocin is a neurochemical produced when we are trusted or shown a kindness, and it motivates cooperation with others….we tested if narratives shot on video, rather than face-to-face interactions, would cause the brain to make oxytocin. By taking blood draws before and after the narrative, we found that character-driven stories do consistently cause oxytocin synthesis. Further, the amount of oxytocin released by the brain predicted how much people were willing to help others; for example, donating money to a charity associated with the narrative.”

We’re drawn to stories. When it comes to film, visual storytelling drives the story.