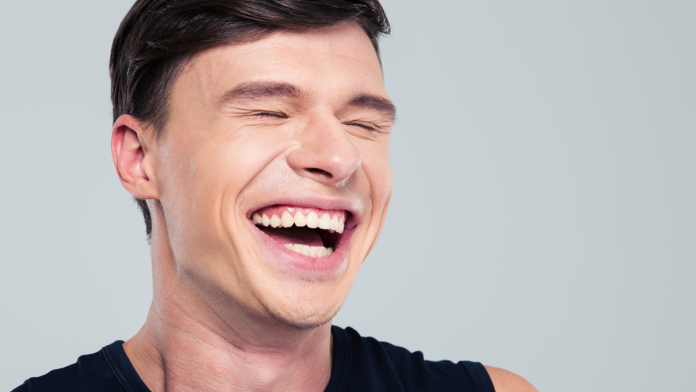 We’ve all heard about that one guy who fancies himself Jerry Seinfeld, but has no sense of comedic timing nor ability to read a room. Everyplace he goes becomes a cringeworthy display of awkward chuckles and stifled winces. Watching a poorly made comedy video is like that, but much, much worse. If you want your comedy to get some genuine laughs, consider these tips before you call, “action!”

Film is a visual medium. Use that to your advantage! Scan your script for opportunities to create a visual gag. Unconventional framing; an unexpected whip pan, or even putting the action out of focus can all draw laughs when used effectively. Oh, and actors falling out of frame. That kills every time.

For example, I shot my short film ‘The Spider’ — about two siblings fearfully trying to kill a spider — almost entirely from the spider’s point of view. http://youtu.be/A2tcIOfgjcw

While the script may not have necessitated this, filming the action from this angle created a whole new level of visual comedy, with the actors looking right into the camera as they screamed in horror. It also made for a long, continuous shot wherein the actors constantly moved around the frame, and it left the spider unseen to the audience, leaving its appearance up to their imagination. Sometimes what we can’t see is funnier than what we can.

You already know that post-production is an essential part of the filmmaking process, but don’t let the word post fool you. You should shoot, and even write your film with the editing in mind. In fact, you can even get a joke out of it. A jarring jump cut between two times or locations is the perfect way to sell a joke around ironic juxtaposition. Or how about the last shot of ‘Spider-Man: Homecoming’, where the cut falls right in the middle of a sentence? Aunt May’s final line is made even funnier by what we don’t hear her say.

You should shoot, and even write your film with the editing in mind.

You can even use editing to create humor in a simple conversation between two people. In the episode ‘Chair’ from my web series ‘The Hart Siblings’, an everyday argument between a brother and sister is edited so that both characters’ dialogue plays simultaneously, as they constantly ignore and interrupt one another. Some of the lines become difficult to hear, but that doesn’t matter because the joke isn’t found in the writing — it’s found in the editing. http://youtu.be/WPRZt7PYTxw

However, this fast-paced, blink-and-you-miss-it style doesn’t work for all scenes. Sometimes the best way to sell a joke is by holding a shot for an uncomfortably long time, creating a hilariously awkward silence that is inevitably filled with uproarious laughter. Every scene — comedic or otherwise — has its own pace. Know what yours is before you shoot.

Comedy films are just films, so making better comedies starts with making better movies. Your viewers should be able to enjoy the humor of your film without being distracted by dim lighting, poor audio, or the boom pole that’s clearly visible in the shot.

Do your script a favor and make your film look and sound as good as possible. There are obviously countless resources available to help you do this. In fact, you’re reading one right now! But the best way to make great films is to first make bad films and learn from your mistakes. If you want to do justice to your script, consider shooting some test shots ahead of time to work out all the kinks.

Nothing will kill the humor in your script like bad acting. Remember, your goal is to make the audience laugh, not cringe at the sheer awkwardness of your visibly uncomfortable “talent”. Even the funniest of lines can fall completely flat if delivered by someone with no comedic ability. Remember the Seinfeld wannabe? So, think twice before casting the first friend or family member you see in your lead role.

If you are stuck working with inexperienced actors, try to make them feel as comfortable as possible. Many people freeze in front of a camera, but nobody is that nervous all the time. If you create a comfortable and enjoyable atmosphere on set, they might just forget all about the camera. If your actors are having fun, there’s a good chance your film will be fun too. But make sure they’re prepared also. There are few things more painful to watch than an actor who clearly can’t remember their lines.

One last note: jokes are never as funny the second time you hear them, so avoid using comedy cliches like the record scratch or a ‘Rocky’ parody set to ‘Eye of the Tiger’. Think outside the box to create a film unlike anything your audience has seen. Rules don’t apply when it comes to comedy!

Great films start with great scripts, but don’t let your dialogue carry all the weight. And remember, filmmaking should be enjoyable for everyone, especially if you’re making a comedy. So don’t forget the most important thing: have fun with it!

Daniel Hart has been an independent filmmaker since he was eight years old. He co-created the YouTube channel ‘Xavious Pictures’, where he has been creating family-friendly comedy videos for over a decade.

Slapstick humor in the soft background, while an oblivious character is clearly visible in the foreground. From S1:E3 of âThe Hart Siblings[/caption]