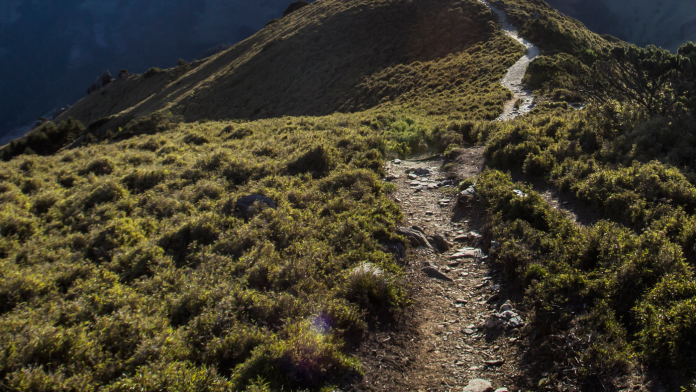 I’ve done this before. Many times as a crew member, several as Director. Through all the long hours, extreme conditions and crappy catering, one thing is critical to a successful shoot: high morale.

Even the most experienced cast and crew will lose morale when things go wrong. Good planning and a positive attitude are your best defense against Murphy’s Law: Anything that can go wrong, WILL go wrong. Wrong in so many ways.

Let’s start with planning. My upcoming shoot has a small cast and crew. That makes things easier. To keep my team happy, I consider the three F’s: food, facilities and fun.

The Assistant Director has volunteered to take care of catering and craft service. She knows which foods everyone likes, who is vegetarian, and who has food allergies. It’s going to be a hot day, so we’re bringing extra drinks to keep everyone hydrated.

Our location is a rocky plateau miles from anywhere. It has no facilities, so a borrowed RV will serve as a bathroom and double as the hair and makeup trailer. It’s also the one air-conditioned place where cast and crew can cool down if they overheat.

Several portable pop-up tents will provide shade cover for video village and the camera team. Hand-held misting fans will help keep everyone cool between takes. When there are no facilities, you have to make the best with what you have.

To keep things fun, I’ve selected a cast and crew who enjoy what they do and won’t bring drama to the shoot. While filming, I’ll give awards for things like “best celebrity impression” and “most creative swear” to keep the mood light. One of the actors is bringing his guitar to entertain us during lunch and breaks.

I’ve organized the shot list to get the most difficult shots early in the day. Less critical pick-up shots are scheduled for the end of the day, just in case we run out of time and energy.

All this pre-production planning is good insurance against Murphy’s Law, but unexpected situations will still arise to bite you on the tail and send morale plummeting. I hope for the best, but plan for the worst.

I hope for the best, but plan for the worst.

I wake up extra early on the day of the shoot. First thing, I check emails and phone messages. Nobody has cancelled, but the Production Sound Mixer will be late. I call the A.D. to make sure she got the message and passed it on to the rest of the team. Good communication is essential for morale.

I give myself extra time to drive to the location. I believe the Director should be one of the first people to arrive and one of the last to leave. Being late to your shoot sets a bad example and weakens crew morale.

We start the day with coffee and a pep talk. Some of the crew didn’t realize we’d have to carry gear 15 minutes from the parking area to the shoot location. To lighten the mood, we begin our hike with a chorus of “Hi-Ho, Hi-Ho! It’s off to work we go!”

Once we arrive, those who hadn’t seen the location agree that it was worth the extra walk. I look over the shot list with my Assistant Director and discuss which shots won’t require audio.

Fortunately, the Production Sound Mixer arrives only a half hour late and quickly sets up his gear. The first shots of the day go smoothly until the Director of Photography discovers a rattlesnake warming itself on a black camera bag.

Production comes to an immediate halt as everyone moves a safe distance away and we discuss how to deal with the rattler. One of the actors eventually finds a long stick and gently moves the snake away from our gear. The actor receives applause and an official “Snake Wrangler” credit.

The rattlesnake incident has put us on edge and behind schedule. We finish a critical scene, then break for lunch. The jokes about the walk to base camp are mostly light-hearted, but I’m starting to sense some tension in the crew.

Food and cold drinks boost lagging morale. So does the entertainment from our guitar-playing, snake wrangling actor. We head back to the location, bringing extra lunch for the Production Assistant stuck guarding the gear.

As the day wears on, everyone hustles to make up for lost time. I take my red pen to the shot list, combining shots and scratching out redundant coverage. It’s hot and people are ready to go home.

The A.D. reminds everyone to drink lots of water. It’s tempting to stay in the shade of video village, but I spend most of the time out in the sun with the cast and crew. Morale is higher when we suffer together.

We finally get the Martini Shot and call it a wrap fourteen hours after call time. The long walk back to base camp feels lighter even though we’re carrying all the gear.

The cast and crew join together in song. “Hi-Ho, Hi-Ho! It’s time to hit the road!”

Joshua Siegel is a Northern California filmmaker who doesn’t mind hiking a few miles to get the perfect shot.