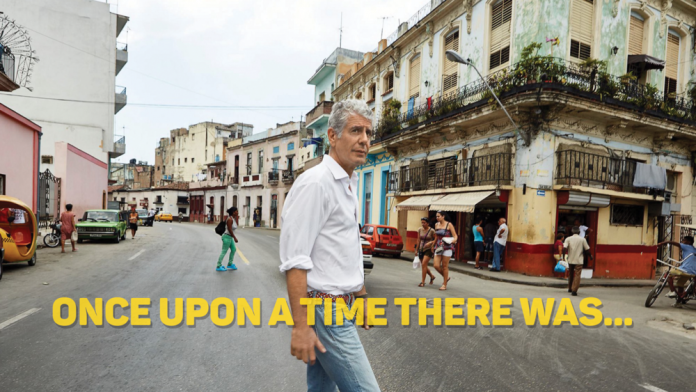 We all know how important three act structure is in narrative filmmaking;  it’s been used in storytelling of all sorts for eons, and if you’re making a movie or tv show you will probably use the three act structure as well. But what if you’re working on a documentary, YouTube content, or some other non-narrative story? Should you still adhere to traditional narrative structure? Do the same rules apply? Absolutely.

Modern storytelling doesn’t use a three act structure because of tradition but because it makes sense.

Emma Coats, a Pixar story artist, famously tweeted Pixar’s 22 rules for storytelling and buried in that list is a sentence that perfectly sums up the concept of the three act structure: “Once upon a time there was ___. Every day, ___. One day ___. Because of that, ___. Because of that, ___. Until finally ___.” What that sentence describes is a complete story, from beginning to end.  Act one spans from “Once upon a time” through “Every Day” until “One day,” when something exciting happens. The second Act is all the “Because of thats”. The third act is the “Until finally.”  Let’s dive in a little deeper and breakdown what each act is and how you can apply it to your non-narrative piece.

Coats used the term “Once upon a time.” While that is a very childish way of phrasing it, thinking about it in that context helps simplify your main objective. Act one is the introduction to the world where your story takes place. We learn about the main character, who they are, what they like and then introduce some conflict.

In your non-narrative story it’s all about the context of the events about to happen. This is where you set up the premise and the expectations.  A great example of setting up a first act in a non-fiction environment is CNN’s “Parts Unknown with Anthony Bourdain”. Well actually, “Parts Unknown” and the whole Zero Point Zero Production team are a great example of just about every aspect of nonfiction storytelling. An episode of “Parts Unknown” begins with which location Bourdain is visiting, what he thinks about it, his expectations;  then we get a hint of how that may be wrong, thus giving us a context, conflict and trajectory for the rest of the episode.

It sounds stupid simple, but a lot of stories fall flat because they lack context and conflict. A good first act is simple and short. In a very real way, this is how you invite the audience to join the main character on the journey.

The second act the is by far the longest of the three act structure, taking up about half of the total time. This act is where the majority of the character’s journey takes place, they face conflict and obstacles they must overcome. In non-narrative, this is the meat and potatoes of your story, all your content.

For “Parts Unknown”, this is when Bourdain is confronted with new experiences that challenge what he thought of the location and by default challenges the audience’s expectations, too. While the second act is the journey, the third act is the final destination.

This is the final and shortest act. The third act is the climax of your story, traditionally it’s when the main character has their final confrontation. In non-narrative, it’s the peak of the story, the most exciting, thrilling or eye opening part. The main character experiences something new or profound, then learns something about themselves in the process and vicariously so does the audience.

The third act is not just the final experience but the final thoughts and reflections of the main character. This is the big payoff that delivers the ultimate lesson or message — or call to action in the case of an ad.

Three act structure isn’t just a rigid system you must militarily adhere to; think about it as the sand box you get to play in. It is the structure that allows you to be creative. When working on your next non-narrative project, think about how the story you’re telling fits into the three act narrative.
As an exercise, try plugging it into Emma Coats’ formula. At the very least, it will force you to focus your story. If the three act structure is good enough for Pixar, “Parts Unknown,” all reality TV, and almost every other story ever told, it’s probably good enough for you, too. Happy storytelling.

Jason Miller is an Emmy award winning director and producer