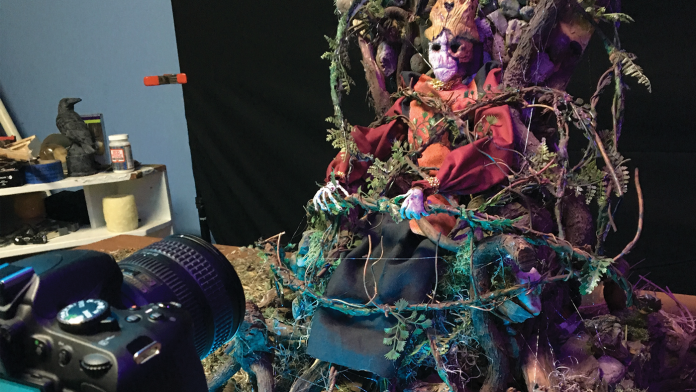 Stop motion is one of the oldest and most beloved forms of animation, and to many directors, it was a starting point in their journeys as filmmakers. Its dream-like quality works well in fantasy and horror genres by bringing the inanimate to life.

To this day, studios such as Laika have excelled at creating entire stop motion worlds, aided by computer software and 3D printers that enhance their puppets. Other filmmakers such as Michel Gondry use it as an effect to create surreal dream sequences. Here are the most important pre-production steps to take when using stop motion animation in your film.

It is important to do a lot of research and develop your ideas as clearly as possible. To be efficient with your time and money, you must know exactly what you want, how feasible it is and how much you’re willing to spend. Will it be a special effect, mixed with live-action footage, or is it an entirely separate sequence? Does there need to be continuity in lighting and set design between the live action footage and the animation? Do any shots require green screen or miniature replicas? These are all questions you should know the answers to.

To be efficient with your time and money, you must know exactly what you want, how feasible it is and how much you’re willing to spend.

Once you understand how animation will be used in your film, it is important to create storyboards. Storyboarding is an essential step used in the visualization process to plan camera angles, clearly communicate your vision, and eliminate unnecessary issues before they reach the animator. Once your storyboards are finished, create an animatic, which is a preliminary version of the scene, using the individual frames of the storyboard. This helps you determine the motion and timing of each shot. Without these steps you might unintentionally spend time and money on unneeded animations.

Everything must be built in real life before any animating can even start. This includes puppets, sets, miniature props, and clothing. The more characters you have in a scene, the longer it will take to animate, and the more expensive it will become. If your production needs puppets, you’ll need to decide if the armatures are made of wire or metal. Will the puppets be created out of clay, found objects, silicone, 3D printed or other materials? Do the animated characters need to speak? If so, lip sync can make the puppets and animation more complicated. Reach out to animators and ask how much they charge and see examples of their work to determine if their style is a good fit for your film. Once you show them your animatic, if the cost is out of your budget, ask if they have suggestions on how to simplify the scene without losing quality.

In order to maintain continuity between the live action footage and animation, document where the lights were set up during production, take behind the scenes photos and invite the animator on set if possible. If you plan on placing a puppet inside the live background, create plates without the actors. A plate is the live action footage that the animation will be applied to. Puppets often need rigs to hold them up during animation. When you key or mask out the rigs, it will reveal the plate underneath, giving us the illusion that the puppet is walking, jumping, or moving on its own.

Before you start filming your live-action and plates you must understand how each shot will be handled during post-production. Using Adobe After Effects, you can composite the footage together, add visual effects such as smoke and fire, delete the puppet rigging and add motion blur. During post-production you can adjust lighting and add color correction to blend multiple shots together, as if they existed in the same space. Visualizing each step of the animation process from start to finish will prepare you for the best possible outcome.

Stop Motion is alive and well, and still used to this day for its unique aesthetic quality. If you are working with any visual effects for your movie, communication between the animators, directors, and crew are essential. Educate yourself, plan ahead and you will be prepared to take on anything.

Josh Funk is a filmmaker, stop motion animator, and Co-Director of Animation Chico Festival. He is best known for the short films Wormholes (2013), and The Spaceman (2015).