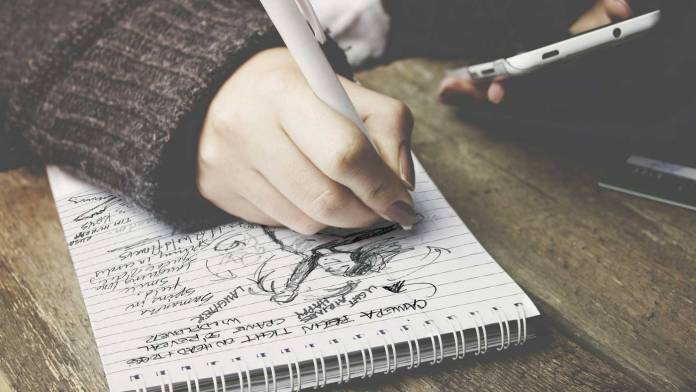 If the old adage is true, that a picture is worth a thousand words, what value should we place on the words that help make the picture? In screenplay development, a writer is tasked with painting a portrait around both the narrative of the overall scene, as well as the emotional and situational state of the character or characters. And while a director can work with a director of photography to ensure the visuals are aesthetically and viscerally pleasing, it’s the writer who must give the charge that ignites how a scene, a story and the overall screenplay evolves.

Any writer worth their weight in words knows that writing a script or screenplay with visual signals to help the character understand his or her place is key to hooking a viewer.

Any writer worth their weight in words knows that writing a script or screenplay with visual signals to help the character understand his or her place is key to hooking a viewer. We’ve likely all heard actors asking a director, “What’s my motivation in this scene?” When those types of questions are being asked on set, the writer has already failed to complete the most critical part of the job â offering concrete, visual direction for how to interpret their words.

As you read these next few paragraphs, our goal will be to offer up some insight into how you can improve your writing so that you fingers can serve as brushes, your thoughts as the oil paints and your computer screen the canvas by which you create your next masterpiece.

Writing What Can be Seen

Maud Purcell has published multiple articles on the health benefits of journaling. She contends that the simple act of writing down your feelings in certain situations can help work through the stresses of life, improve your mood and possibly increase your overall wellbeing. And it was Oscar Wilde who famously wrote, “I never travel anywhere without my diary. One should always have something fascinating to read on the train.” While both Purcell and Wilde tell us that journaling about your personal experiences is good for the senses, that type of scribing isn’t always the best for the screen.

For example, instead of writing, “Samantha was overcome with joy as she spun around in a field,” consider something like this: “Samantha smiled widely, laughing loudly in squeals of delight, her arms extended while spinning in circles amongst a field of wildflowers.”

Stay in Your Scripted Lane

When we immerse ourselves into developing a screenplay, it’s easy to want to do everything. Creative control is hard to relinquish, especially when we are the ones behind the wheel. However, much like driving during rush hour traffic, it’s best to stay in your lane to stay on track, versus merging left and right just because traffic may be moving on either side.

Directors get paid to direct, DPs get paid to capture the visuals and as the screenwriter, your bread gets buttered when you bake up a helluva good loaf of words. The temptation to merge into the role of director and start marking scene cues, camera shots or to call out when the dramatic music crescendos towards its apex is real â without a doubt â but in this case, it’s not your job.

If you feel you must include some camera direction to get the image across, keep those items separate in the production notes for the director’s script. For our field-of-wildflowers example, that might look something like this: “Camera begins tight on Samantha’s head and torso, then cranes roughly 50′ above as she spins, revealing a field of wildflowers.”

When you’re able to create a script that is visually appealing and full of rich character development signals, the direction and camera work should blend seamlessly to bring your script to life. As the screenwriter, stay in your lane and focus on drawing out that visual picture you have inside your head.

Indian food offers some of the most powerful flavor combinations in all of the world. Without it, dishes like Beef Vindaloo and Chicken Biriyani would likely turn out to be bland beef stew or chicken. Much the same, strong screenplays that boast robust visual writing can take a story and make it memorable.

Sprinkling in words that tease the eye and ear of the viewer can take a simple narrative line and make it powerful. Consider the following statement: “Tim grabbed his keys and left his office.” Okay, sure, we get it, Tim is on the move. But where is he going? Is he in a hurry? What’s the reason for his departure?

Let’s try that line again: “Tim hurriedly collected his keys with a forceful swoosh of his right arm, grabbing the front door handle and flinging it open with his left, his sense of urgency was palpable as he hastily left the office in such a rush that the door failed to close completely behind him.” Using emotive, physical adjectives to set the tone of the scene leads both the actor and viewer to understand that Tim needed to get out his office fast. Where he was going, well, that was hopefully explained in the previous scene, or shortly thereafter.

The best actors in the world can only deliver as good a result as the script they are given. Improvising isn’t always the best recipe for success when shooting a short video or long feature film. Attempting to capture the proverbial “lightning in a bottle” is no way to go about doing your job â whether you’re a screenwriter, producer, actor or director. As you contemplate your next script, consider spending your time creating scripts that show instead of tell.

Dave Sniadak works with his head in the clouds â literally â as the manager of corporate communications for a Minneapolis-based airline; he also has more than 25 national video production awards to his credit.