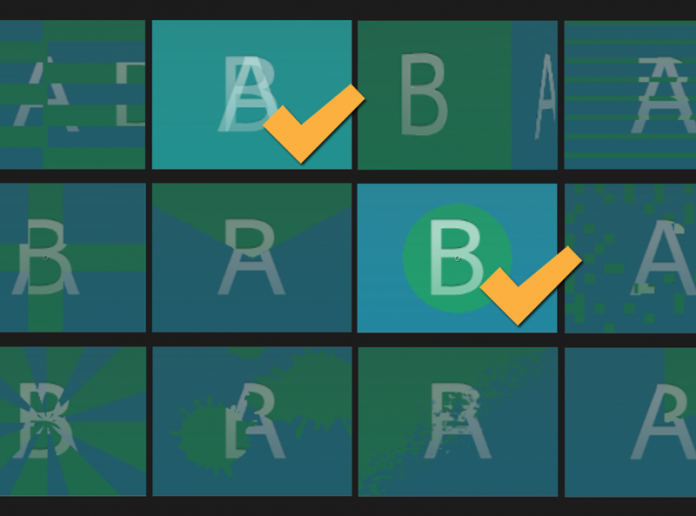 A reason for everything

Everything should be calculated in your video editing – the music, the timing and the transitions. Cuts are the least obtrusive transition and, as such, the most common. Anything else calls attention to itself and you need to be able to justify its use. The most common reason that other transitions end up in videos (almost always regrettably) is simply that they’re in the transition menu and the editor was bored. A good editor understands the baggage and the cultural context that more obtrusive transitions bring with them and uses them to good effect, sometimes a carefully used transition can add a stylistic anchor to your piece.

When can I use all these fancy transitions?!?

Of course very few rules are absolute, and there are times where something other than a cut or dissolve is called for, even when it doesn’t necessarily help tell your story – namely when the client asks for it or the industry expects it. Cuts are far and away the most common type of transition in movies, but not all productions are the same, and some genres have very different rules.

A good editor understands the baggage and the cultural context that more obtrusive transitions bring with them and uses them to good effect.

Wedding videos are a whole genre of their own with a monumental amount of prefab animations, key effects and transitions available, and clients who have been watching wedding videos for three months on Youtube and have fallen in love with the heart-wipe, or a screen full of animated rose petals that seem to blow away revealing a happy couple underneath. A videographer who wants to attract these customers will be well versed in what’s being used and capable of producing it.

Some things are tried and true, other mediums are being constantly re-invented. Like weddings, commercials are another place where otherwise unusual transitions may sometimes be called for. Commercials are extremely short movies, whose 30 frames a second for 30 seconds gives you a scant 900 still frames in which to tell your story. Using a sparkle transition to show a kitchen floor going from grimy to spotless can be a time saver and a welcome stand in for all the scrubbing that your viewers don’t want to think about.

Likewise, in something like a fast-paced collection of extreme sports action sequences, like base jumping or skateboarding, going overboard with something like rapid bloom transitions, where the shot blurs and fades to white and then from white to a blurred scene that sharpens, may just show that you’re a maverick on the leading edge of a new trend – and why not? You’re already shooting everything with a helmet mounted fisheye.

Sometimes less traditional transitions are used to cover up limitations of the filmmaking – such as the introduction to the 1986 Russell Mulcahy film “Highlander,” which starts with actual footage from a wrestling match at Madison Square Garden and zooms in across a huge hall to a closeup of a single person. This was an impossible task for the cameras and lenses at the time, so the editors used a transition called “white flash” where the screen goes completely white for a fraction of a second to cover the move of the camera and also the transition from stock footage of a real wrestling match to the footage shot by the filmmakers, but the white flash doesn’t just happen, every time it’s made to look like it’s the flash of a camera in the stands, only watching carefully will you notice the trick. That’s not the only way to rapidly get from one place to another; other techniques are useful to know about, such as the whip-pan transition.

“If you can’t resolve it, dissolve it”

“If you can’t resolve it, dissolve it” is an old editing adage sometimes used disparagingly to chide lazy filmmaking, but it has some great practical applications. Dissolves are more obtrusive than cuts but they’re also graceful and can be well used to show the passage of time, or that something has been left out, like a video ellipsis. A couple sitting on a bench arguing, fades to the couple sitting on a sofa with a half empty bottle of wine and smiles on their faces – whatever else happened for the rest of the day and how the argument ended has been yadda-yadda-yadda’d into that dissolve.

Breaking the rules for a reason

Sometimes you want to break the rules for stylistic reasons, highly stylized movies like “Scott Pilgrim vs. the World,” “300” and “Sin City” rely on unusual transitions and video effects to create a visual link between film and other mediums, such as comic books and videogames – the tropes of which those movies draw heavily from.

Sometimes a subtle step away from the norm can serve to set you apart from the competition.

The 2008 HBO show, “Six Feet Under” used an unusual fade to white rather than fade to black every time a character on the show died, this is slightly jarring to the viewer, but it’s used excellently to convey a sense of after-life and hope in a TV show about a funeral home. Chris Carter’s TV show, “Millennium” frequently used a fade in from white to make a subtle stylistic impression. Fade to white is not uncommon in wedding videos too, as it looks a little more hopeful than a traditional fade to black.

Sometimes you may want to use an antiquated transition to reference a period of time, like mimicking the montage of spinning newspaper headlines of 1940’s films or the iris wipe, where a black iris closes down onto a small portion of the screen, popular in silent movies.

This is what George Lucas was doing in 1976 when he used both ordinary wipes and clock wipes in “Star Wars.” A fan and student of the 1950’s serials, he used these transitions to reference films like Flash Gordon and Kurosawa’s “The Hidden Fortress.” But it’s a one trick pony – now, the only reason anybody should be using a clock wipe is to reference George Lucas.

Fades and cuts will be with us always, other transitions come and go and are pegged to a particular time. It’s possible you could be a trend-setter, but it’s also very possible that the use of unusual transitions will only serve to date your production. The best way to avoid this is to pay attention to what’s popular, what’s expected – do this by watching, critically, as much of the work of your peers as you can, reading reviews and spending time on Youtube.