I’ve learned a lot about using video equipment since I got my first camcorder, so I’m going to take this opportunity to write a letter to myself when I was first starting out with some advice on the things I learned the slow way I wish I’d learned the quicker way.

Keep your footage organized, backed up, and be prepared to migrate it to the next media. 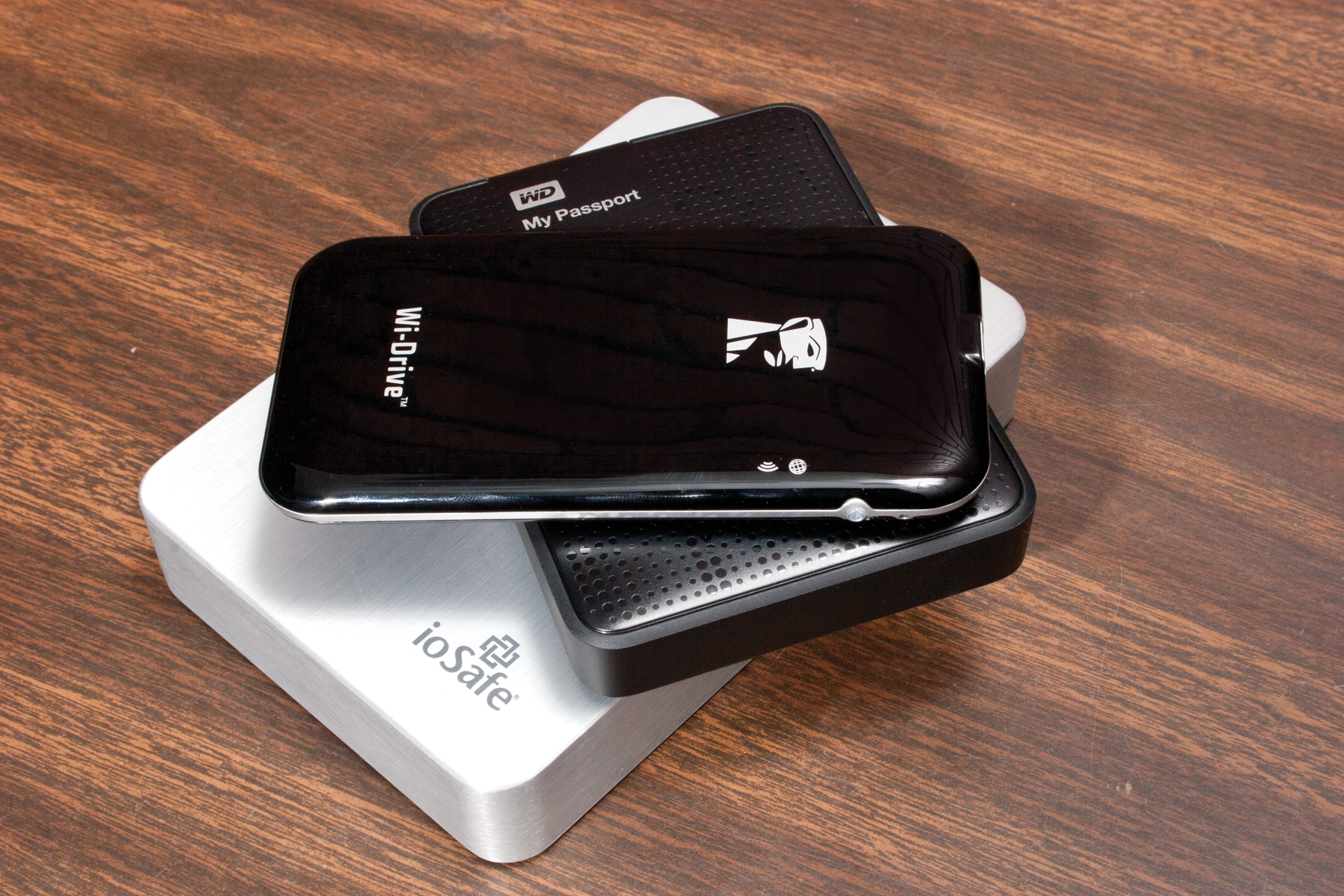 This sounds like a lot of work and a pain in the posterior and it is, but your footage is The Most Precious Thing You Have. Forget whatever you paid for your camcorder, there are millions of them in camera stores all around the world. Your footage is what’s unique.

I store my footage in folders named by date and description (tip: put the year first, so you can sort it easily ‘2012-09-18” is easy for the computer to sort chronologically, 9-18-2012 is not.) and store it on three separate SATA drives. One at home, one in my studio, and a third to shuttle new footage back and forth. Other people may have more elegant solutions with RAIDs or Drobos. Whatever you use, be consistent, and be rigorous.

Magnetic hard drives are popular and inexpensive now but eventually they’ll be replaced the way floppy disks were. When they go away in favor of some new medium, it’s easy to transfer an entire drive than it is to copy hundreds of DVDs.

Study the work of others.

The best cinematography is made by the best cinematographers, after all, they are the people who understand the art of cinematography better than anyone else. Luckily the Academy of Motion Picture Arts and Sciences every year comes up with a list of these people and gives you an opportunity to study their work. Watch their films with a critical eye. Pause and rewind often, make note of camera angles and camera movement. Learn the camera movement terms so you can excitedly discuss Hitchcock Zooms and other types of camera angles when you notice them.

You will have many, many camera bags throughout your career, but a tripod is a forever thing.

One of the most common, and grievous, mistakes new videographers make is skimping on the tripod. A tripod is one of the most important purchases you’ll make and you should choose one wisely and spend the proper amount of money on it. You can buy a cheap one now, but you’ll keep buying cheap ones until that day you get the one you should have bought the first time around.

Real tripods come in two parts, the legs (call them “sticks”, it’ll make you sound like a pro) and the head. You typically buy these separately. Get legs that will hold twice the maximum amount you expect to put on there, and get a fluid video head with that allows you to smoothly tilt and pan. Videomaker has buyers guides for tripods (Terry O’Rourke wrote my favorite one here).

One of the best ways to learn about using a camcorder is to help out someone who’s doing it. If you know someone who’s shooting, ask if you can tag along and when the opportunity presents itself, pepper them with questions. Why are they using this particular camcorder? What do they like about it? What do they dislike about it? What feature do they use most? What feature do they wish it had? 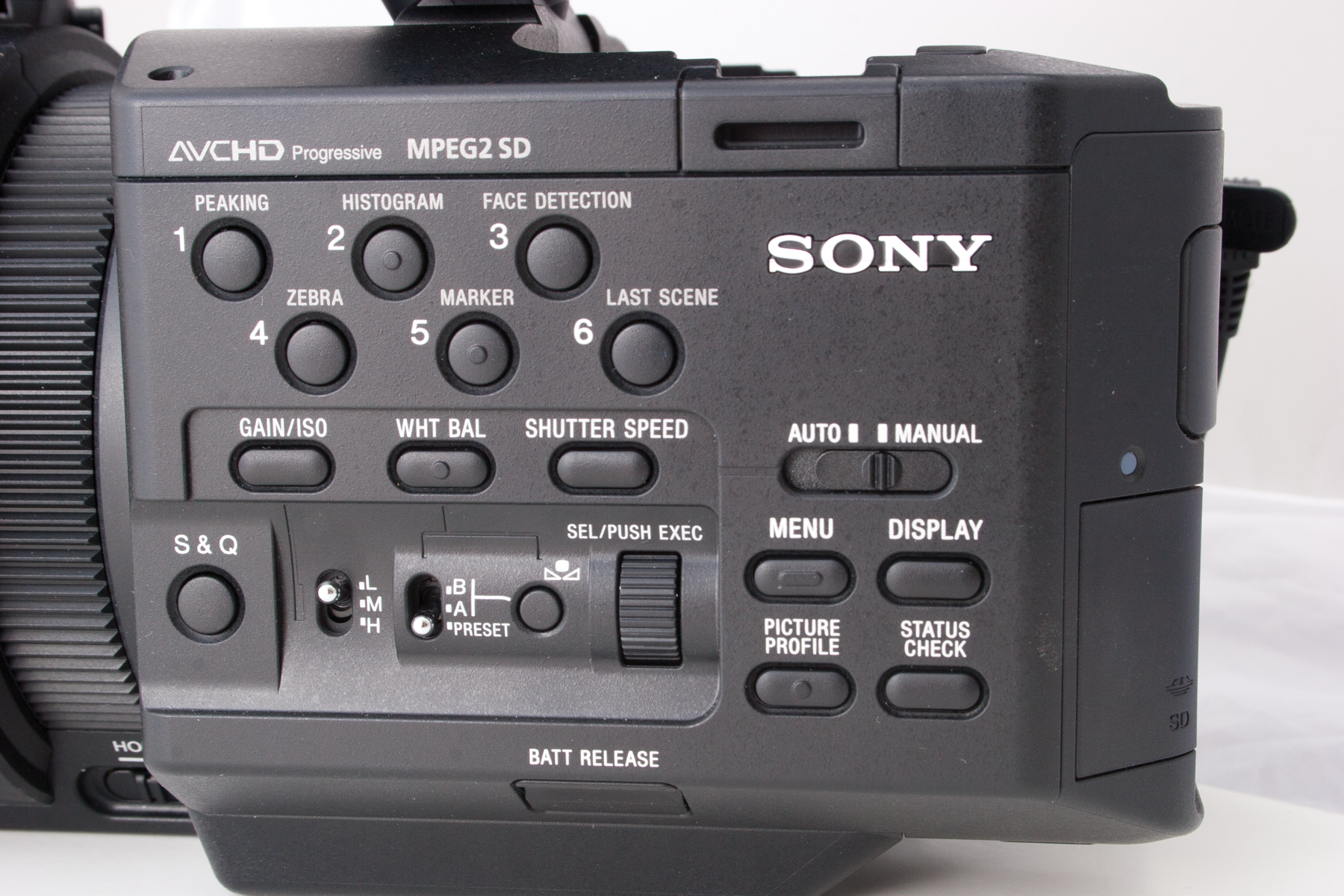 Set your camera on manual, for the most part.

Most pros use a good deal of manual settings. Using camcorder settings like white balance, shutter speed, and aperture not only give you better control of your final image, they teach you about why particular shots look the way they do; why video is choppy or the depth of field shallow or deep. You may need to throw the camera in auto when situations are changing fast, but knowing how to set the shot properly will let you know what to change when things look wrong.

Practice using the controls, aperture, focus, shutter speed and the zoom. Practice these together with basic camera moves on you tripod like tilting and panning. A good camera operator can tilt, pan, and zoom while maintaining control of the camera. 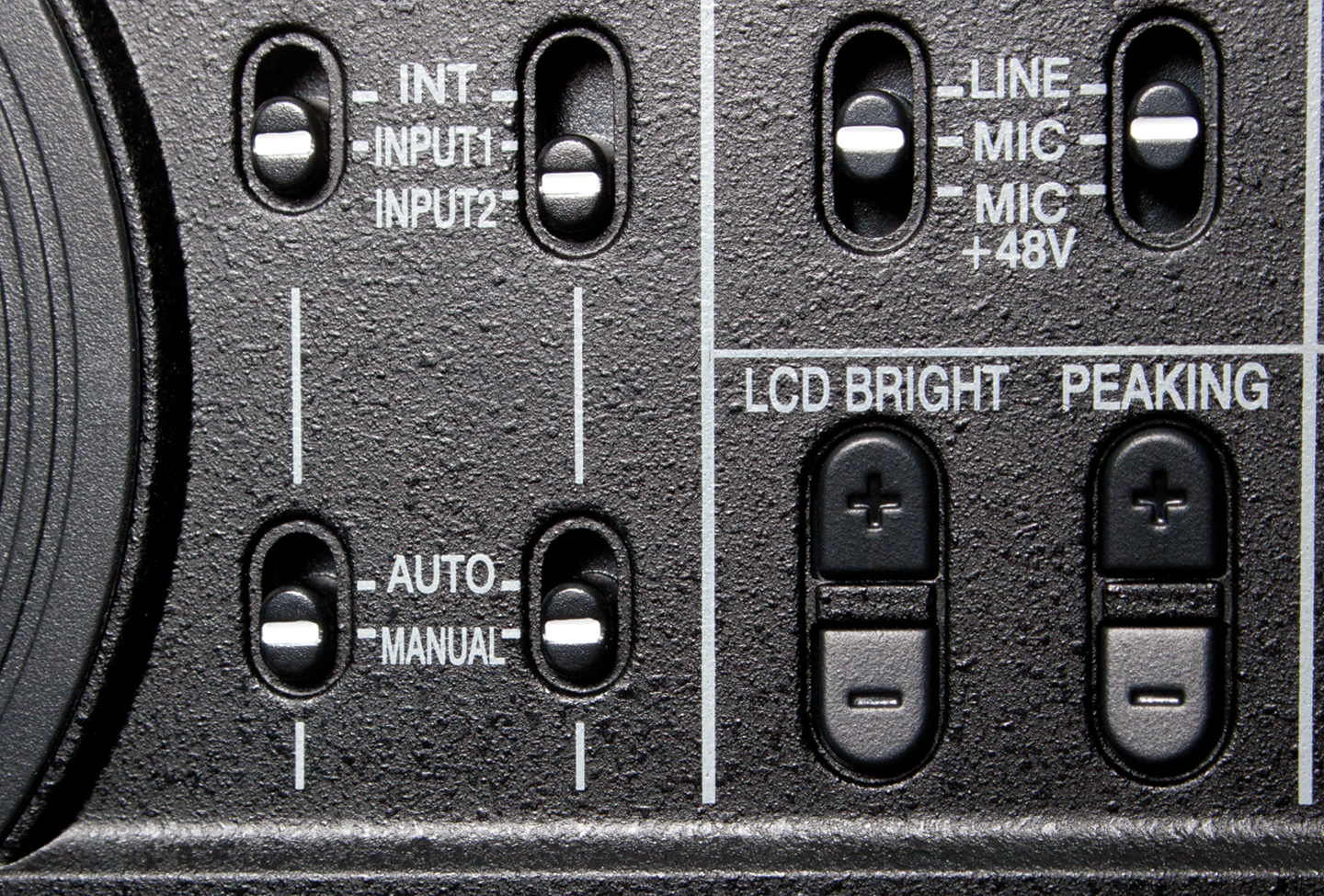 Just after I told you to learn how to zoom, now I tell you not to do it. Your fancy camera has a zoom on it, you can zoom from waaay out to really telephoto and it’s great. But now watch how often professionals doing cinematography zoom. Very rarely. And when they do, it’s often almost imperceptibly slow. Amateurs can never seem to decide if they want to be tight or wide so they zoom back and forth with abandon – they seem to feel as if they’re shooting, they should be making a move, too. Pros do zoom to change the shot, but they usually cover it behind a cutaway; so learn how to use that zoom button, but use it sparingly. 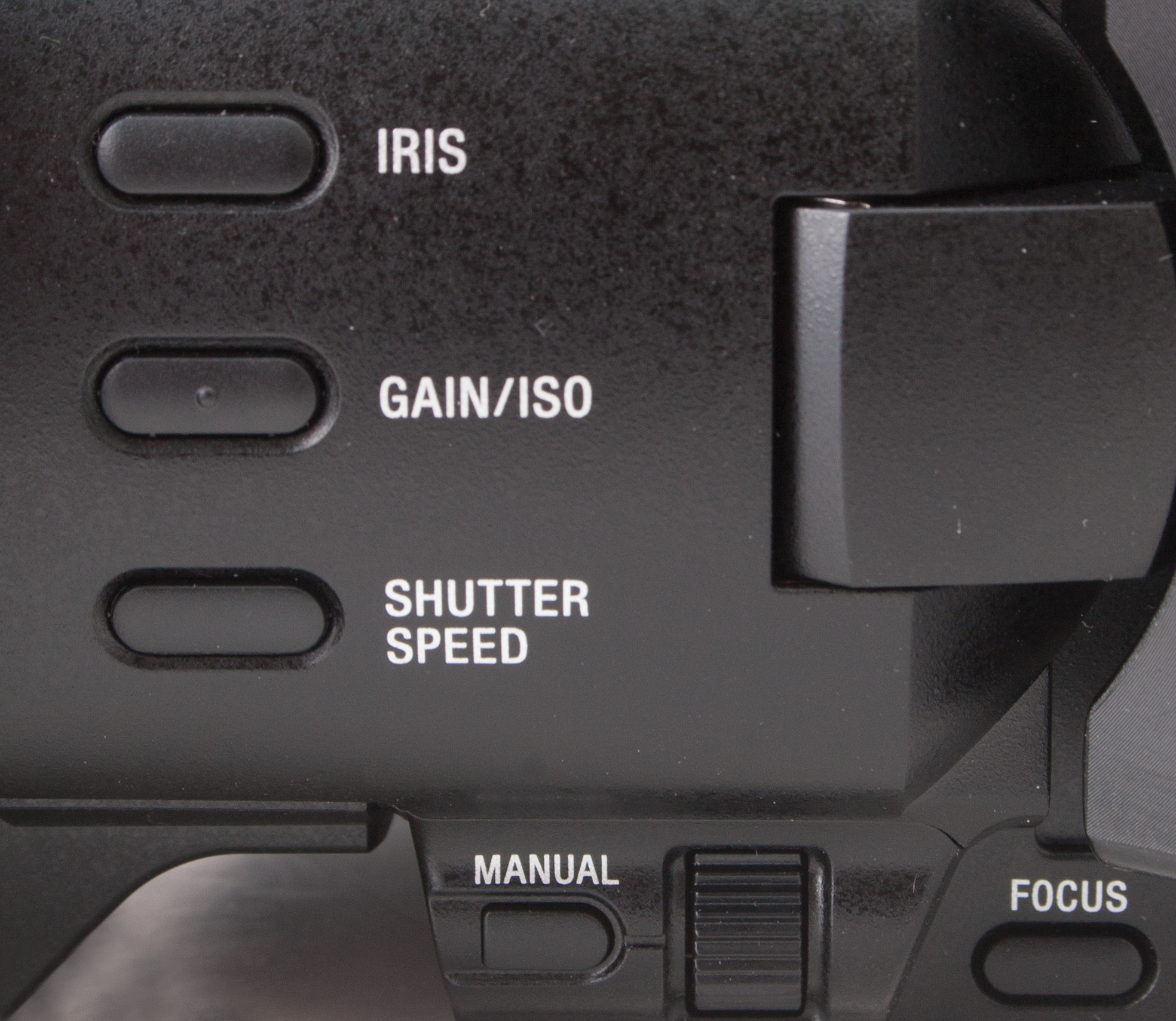 Go to the good light.

At first you probably won’t have your own lighting equipment. That’s fine, lots of people never get lighting equipment. What this means though is that you need to bring your camera to the light since you’re not bringing your light to the camera. Most often this involves staying out of direct sunlight. With the exception of early morning and late evening (the so-called “Golden Hour”) most sunlight is very unflattering for people. If you absolutely have to be in direct noon-day sun, an inexpensive reflector can help fill in the shadows on faces. While the shade is nice, some of the best light is window light. If you have the option, use it. And check out this Videomaker article on using available light.

Know when to narrate and when to be quiet.

On vacation videos it’s often nice to have some narration. “This is the Liberty Bell, it was cast in 1752 in Whitechapel, England …,” but most often, a running commentary doesn’t enhance things. Sometimes you’ll want to later take sound from video and use it elsewhere (say a song during junior’s recital) but find it’s ruined by someone talking over it (“Jimmy always has trouble with this part … whee! He got it!”). Think twice, talk once.

Your camera is useless if you can’t turn it on. For this reason, always bring more battery power than you think you’ll need. Keep your batteries charged and buy at least one spare. When you’re in the field, keep an eye on the battery indicator. It can go from “low” to “dead” really fast.

It’s tempting to pan your camcorder by simply moving your wrist, but this invites jiggling. If for some reason you can’t mount your camera to your fancy fluid-head tripod and you need to pan, hold you camera securely with both hands and use your waist for the move, you’ll get a smoother shot.

The world spins past us and most people lose it. Videography gives you the opportunity to save bits of it to relive over and over. That’s a marvelous thing. Properly used, your camcorder can not only generate income, but preserve priceless memories. Use it well, use it wisely, use it often.