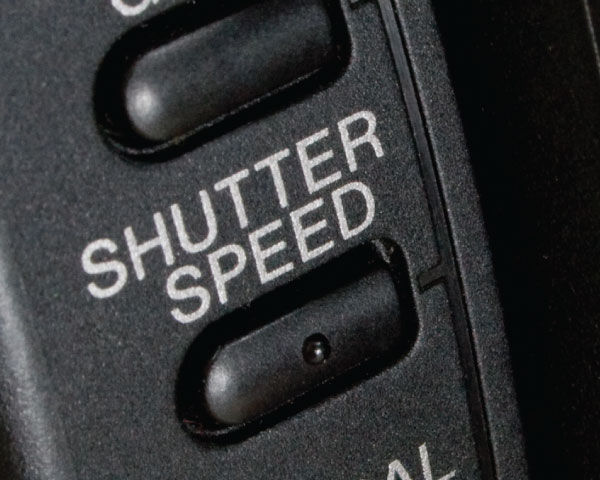 If you’re like most people, you probably haven’t thought much at all about shutter speeds on your camcorder, in fact, you don’t lose any points if you hadn’t even considered that your camcorder has different shutter speeds. Most modern camcorders do an excellent job of setting an exposure so it doesn’t typically come up.

Why Mess with That?

So why then would you even want to set a shutter speed? Well, for a few reasons, but the big one is control. Very often we’ll rely on our cameras internal electronics to choose a shutter speed and aperture – It usually does a pretty good job but can be confused by situations that are very dark or very light – such as something backlit by the sun or the inside of a dark room that you want to keep dark in your footage. For this reason you’ll sometimes want to tell the camera what settings to use rather than let it choose. Another reason is because you want to shoot at a particular aperture to achieve a certain depth of field. In this article we’ll take a look at some reasons you’d want to set your shutter speed manually, but first a little bit of background. 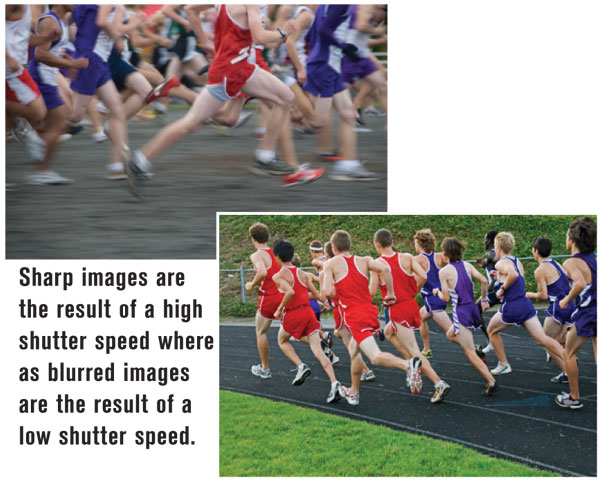 Your camera is a bit like an hourglass. A certain amount of light needs to hit your cameras sensor in order to make a properly exposed image. This can happen in a number of ways, a lot of light can come in quickly, or a small amount of light can come in slowly. The two ways that you control this are your aperture and your shutter speed (There is a third variable, which is your “gain” which is essentially telling the camera to multiply the amount of light it’s recorded and pretend there’s more. Read more on your camcorder’s gain setting. The aperture is a circular iris that can be opened or closed to let more or less light in. (Video cameras have a “virtual aperature” but the concept is the same). The shutter speed is the length of time light is collected on the sensor.

Let’s go back to the days when motion picture cameras were just being invented. The way Thomas Edison’s fascinating device works is that a ribbon of light-sensitive film is moved behind a lens which focuses an image on it. In order to keep this from being just a continual blur, there is a little door between the lens and the film. This door called the “shutter” is open only for a brief fraction of a second, an image is frozen on the film, the shutter closes, and the film moves while no light is hitting it, then it opens again for a brief fraction of a second, freezing another slightly different image. These are viewed back the same way – an image is projected on a screen, a shutter closes, the screen goes black, the film moves, the shutter opens and the second image appears. It’s like a slide show at 24 frames a second. An phenomenon of our brains known as “persistence of vision” makes us believe we are seeing one image that is moving instead of several still images in rapid succession. The rate at which motion pictures play back has largely remained constant since Thomas Edison invented his first camera in 1891. It was a bit variable at first because it depended on a person turning a crank at a constant speed, tending to be about 16 frames per second, but later it became set in stone. One of the biggest reasons frame rates haven’t changed is the NTSC standard used for broadcast television. This dictates a frame rate of 29.97 frames per second. Which in the days of film meant you couldn’t have a shutter speed longer than that and many camcorders have a minimum shutter speed of 1/60th or 1/24th of a second. However, since there is no physical transport – no film that needs to move from one place to another this limitation has become somewhat theoretical – a number of new camcorders have special modes which will allow slower shutter speeds which are then converted to 29.97 fps by repeating the same image over multiple frames of video. Using frame rates lower than 1/30th of a second can create significant blur in moving objects which can, if used appropriately, be a very interesting effect. 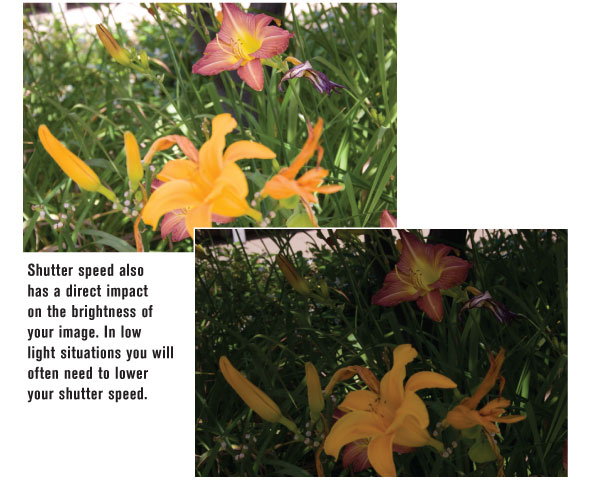 Until relatively recently, shooting at a wide f-stop didn’t necessarily translate into the super shallow depth of field (DoF) we’re used to seeing in Hollywood movies. This is because of the relatively small sensor size of consumer video cameras. In the past few years more and more people are shooting HD on digital SLR cameras that provide access to a wide range of 35mm film lenses with their huge f-stops. This gives a very tangible reason to want to shoot wide open in daylight. Set your lens to the widest aperture possible, then adjust your shutter speed until the image is properly exposed. If you’re shooting in brightly lit conditions, you may need to add some neutral density filters to the front of your lens.

Exposure really hasn’t changed since the invention of film photography back in the 1800’s and, except for the substitution of electronics for chemical and mechanical parts, motion picture photography / videography is essentially the same as well. Settings that used to be made entirely by hand – the aperture and shutter speed as well as the frame rate and film “speed” (now gain) are mostly these days set automatically by your camcorder. But these guesses aren’t always correct and a videographer who wants to very specifically affect the look of their footage needs to understand how and when to change these settings.

Sidebar: See for Yourself

Here’s a homework assignment. Enlist the aid of a fast moving assistant – Frisbee catching dog, rambunctious teenager or local dancer and videotape them using a variety of shutter speeds. Also try panning across a scene very quickly. If your camcorder allows very low shutter speeds, also try some shots indoors in low light both with motion and static shots. Then when you review your footage, pay special attention to how the images feel to you visually. At what point does a fast or slow shutter speed distract from the action and at what shutter speeds is it most appealing? Try this for a variety of different actions at different speeds.