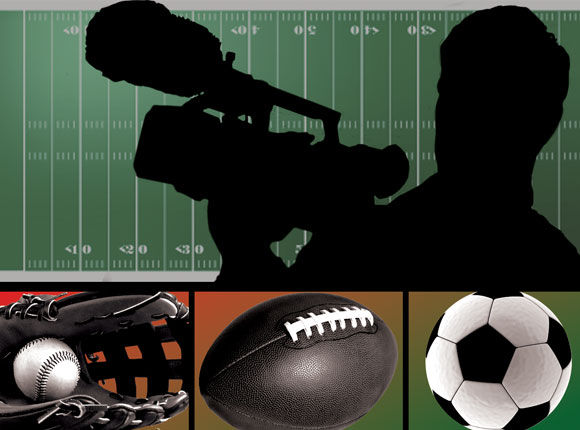 When my nephew made the football team, my sister’s career as a videographer instantly went into high gear. Hollywood has never made a film as entertaining to 10-year-olds as watching themselves make that touchdown over and over and over. I, of course, realized it was politically dangerous to my career if my sister was making bad videos, so we launched a game plan. Huddle up, everyone.

As with any recording situation, there are certain things that doing ahead of time will make much better. Some things to look out for before recording your first sporting event:

Randy Hansen, chief photographer for WINK-TV, has been recording sports for years and recommends that at a minimum you should have a camera with a good quick zoom and extra batteries. That, however, isn’t nearly as important as understanding the game. “That requires,” says Hansen, “you know where to be when it’s 3rd and 9 (down field about 10-12 yards). If you don’t know, I wouldn’t shoot the sport until you could learn more about it.” Randy also says it’s vital to grab a copy of the program with all the players’ names and jersey numbers to reference later.

On the stands? Or on the sidelines? There’s certainly an advantage to being on the sidelines – you’re close, everything’s bigger – but the downside is there will be times that you can’t see what happened because of people in your way. The other option is to be in the bleachers, way up, looking down. This way you see all the action – but Junior’s not so large in the viewfinder and rowdy spectators may shake your platform. Serious videographers will consider doing both – shooting with two cameras, one with an overview, and another close up on the sidelines. If you’re shooting professionally, you’ll want to at least consider three cameras: one overview, and two cameras on the sidelines catching closeups of the action for editing together later.

Many cameras have a “sports” program mode that selects a high shutter speed to reduce blurring. Use this if you have it (and conditions allow – it’s probably not going to work on a night game where things are much dimmer). If you don’t have a program mode for sports, try setting your camera’s shutter speed relatively high, 1/125 of a second or so depending on your light and the speed of the sport (ice hockey probably wants a faster shutter speed than something like curling).

You’re Not Done Yet!

Don’t forget to interview the sports heroes after the game – their impressions, recap and analysis – as well as some of the fans, the coaches, and spectators. You can add voice overs to the action and have your sports hero explain what’s happening and how it felt to be there.

No doubt half the parents who spy you with a video camera will suddenly become the targets of angry spouses, berating them for not thinking to record the game themselves. They’ll try and cajole you into giving them copies of the video. Which is fine – just don’t get stuck spending your whole weekend duping DVDs when you could be out tossing the ball with Junior or building that gazebo in the back yard. It would be useful to consider beforehand what you should charge for duplication and print that up on a card. There are plenty of weekend warriors out there who have turned their hobby into a small business that keeps them in the latest and greatest hardware and editing software.

What to do with all your video? Why not turn it into a paying venture? Randy Hansen recommends handing out DVDs of your work at games, or planning a pizza party after the game and showing your work there. Then let everybody know that they can get a copy – for a fee, of course.