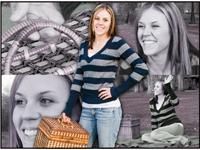 At our recent Videomaker Summit in New York, I overheard one of the attendees say: “I always knew that was something I should be doing, but I didn’t know what it was called!” in reference to a type of shot the attendee wanted to recreate.

Having names and definitions in your head is a great shortcut to creating good cinema. Over the past 100 years, there has been much significant discussion among film and video professionals about the tools of storytelling. Learning the names and definitions of different types of shots to use with these components helps you add them to your video vocabulary and allows you to draw from them in your own work.

There are really only seven basic types of “shots,” which refers to the relative closeness of the viewer to the subject. These range from very close to very far away and are broken down into:

Extreme Close Ups are very popular today, not just in showing people, but also things. An extreme closeup of a person usually shows the eyes, nose and mouth, cropping off the top of the head and chin, but also it frequently can involve even a fraction of that, such as an eye or a finger clicking a mouse. Objects, such as a key going into a lock, a finger pushing a doorbell or a pencil traveling across a paper, can all be used to keep the viewers interested in your story, by showing something from a perspective they don’t normally see, and by also drawing great attention to small detail and events. Imagine our scene is of a spy, stealing documents from a locked office, intercut with extreme closeups of a night watchman’s badge, feet walking, key ring, a hand on a doorknob. These isolated shots cause us to imagine the rest of the story and keep our minds engaged. Likewise, an extreme closeup of a character’s eye can show nervous motion or a forming tear.

Closeups are usually head shots or head and chest shots. They frame a single person (or part of a person – you can certainly have a closeup of a foot) with very little background. Often long lenses are used for closeups to blur out the background even further and isolate a particular character or face. Closeups with wide-angle lenses are sometimes used for effect, as they distort facial features and give people a strange appearance.

Medium Closeups are sometimes lumped in with the popular “two shot.” A “two shot” is a frame filled with two people, often seen on TV news: “Heather! Get me a two shot of the reporter and the person she’s interviewing.” Typically a medium closeup is “head and chest” – sometimes of two people, and, if you’re using a wide screen format, you might be able to comfortably fit three people standing next to one another into a medium closeup.

Medium Shots are usually framed from the waist or thighs up. Medium shots give an opportunity to show off some of the environment. If there’s only one character in it you may see clearly, for example, that your character is in the hallway of a hospital, or a court room. It allows you to include other visual information like items on a table. Medium shots are often relaxing. Shooting an entire scene in extreme closeup can put your viewers on edge (which is often exactly what you’re looking for).

A Medium Long shot usually shows an entire person, head to foot. This gives you the opportunity to show much more of the environment – a street, for example, or a cityscape. Multiple people can typically interact in a medium shot, being seen from head to foot. An example is the opening scene of Star Wars Episode IV: A New Hope, where storm troopers have blown up the door of Princess Leia’s space ship and the menacing figure of Darth Vader stalks through the gaping hole into the smoke-filled corridor. The medium shot allows us to see not only the evil Vader, but also dead rebel soldiers and storm troopers that snap to attention as he enters. All of these elements contain valuable information for the visual story we are being told.

A Long Shot is even further back, showing whole buildings. People are smaller than their surroundings. One effective use of the long shot is in the training scene in the first Rocky film. Sylvester Stallone jogs through the streets of Philadelphia in a series of medium shots and medium closeups, then runs up the steps of the art museum. As the sun rises, the director cuts to a long shot, showing Stallone against the background of the city, leaping victoriously into the air. What does this scene tell us? That Rocky is one little man, dwarfed by his surroundings, but that he is tenacious and will overcome.

An Extreme Long Shot doesn’t have people as its focus, but rather the surrounding environment. Think of John Ford’s extreme long shots of Monument Valley with tiny little stage coaches running across them in the 1939 epic Stagecoach. The hugeness of nature fills the frame with people shown as very small. People are usually indistinguishable from one another or distinguishable only by their gait and clothes.

Your homework between now and next month’s Basic Training is to define the types of shots generally used in television and film. While you are watching television, note when they use each of the seven types of shots we’ve looked at. (You may want to refrain from shouting out the names if you’re watching with other people, as many people not in tune with our video world apparently don’t appreciate that or find it amusing.)

Either way, take note of how closeups and long shots are used to build tension and how medium shots are used to reveal and conceal information. Take note of both in-focus and out-of-focus areas in each of the shots. How do they contribute to what we need to know about the character and the scene? Are closeups usually followed by medium shots? Or more closeups? Does Steven Soderbergh use more long shots than Steven Spielberg? Are there some shots that are favored by good directors and ones used as crutches by amateurs? Now that you know the shots, it’s fun to try to guess how the next scene might play out.