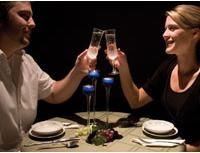 One of the inherent problems in shooting in “low light” is that there is no real definition for what low light is. Some people may consider anything darker than a cloudy day to be low light. To others, a sixty-watt bulb in an overhead socket may be low light, and to a Special Forces team in the desert, starlight may be “low light.” These definitions and the solutions to shooting under them all hinge upon what you expect to get from your video. A police surveillance tape has different goals than a feature film. The second difficulty that you’ll run across in “low light” shooting is that camera manufacturers can (and often do) use arbitrary methods of determining their products’ capabilities.

There’s a very complicated definition of how light is measured in LUX, but the basic rule is that a 1 LUX camera will be able to achieve an acceptable image lit by a single candle from three feet away. What’s “acceptable” varies from one camera manufacturer to another and from one use to another as well.

The Electronic Industries Association has come up with a standard called EIA-639 that seeks to hold everyone to the same rating system, but at the moment it’s voluntary. So, it’s possible that you have camera manufacturer “A” saying that an image is acceptable at a level of light that another manufacturer doesn’t think is acceptable. So, if you’re buying a camera for its low light capabilities, spend some time reading the reviews before you believe what’s on the side of the box. Understanding all that, here are some tips for shooting in low light.


This may seem obvious, but it’s continually ignored in practice. Before grandma opens her present, for heaven’s sake, open the blinds, let a little light in. If it’s possible, move your subjects to a better location. Use a flashlight, use car headlights, use a cardboard reflector. Just because it wasn’t advertised as lighting for video production doesn’t mean that it won’t light your video production.


The f-stop or “aperture” is a variable diameter ring (iris), which controls the amount of light that hits your camera’s CCDs. The wider the iris, the more light passes through to the imager. To make it confusing, a wide f-stop is designated by a smaller number. Aperture position f/2.8 lets in more light than f/8. An easy way to remember this is to think of aperture as a fraction, where 1/2.8 is a larger opening than 1/8.

3. Use a Lower Shutter Speed


You can also control how much light makes it onto the frame by increasing the amount of time that the CCD is exposed to light. There is no actual physical “shutter” on a common digital video camcorder’s CCD, but light falling onto it is aggregate; the longer the electronic shutter is active, the more light it’s collecting. This works just like a mechanical shutter. Typically, video cameras operate at very close to 30 frames per second. For stationary or slow moving subjects, 15 frames per second might still produce an image with acceptable levels of motion blur. When you do this, you should mount your camera on a tripod.


Single spots of bright light in an otherwise dark environment can confuse your camera’s metering system. If the only source of illumination is something like a bare incandescent bulb, try positioning that out of the frame or behind a person. If this is impossible, set the exposure manually. The light will be over-exposed, but you can get more detail out of the darker areas. It’s actually not difficult to light a room with 30 candles and get a viewable image out of it, as long as you spread the 30 candles out so that the lighting is even. Put them all in one spot and it becomes much more difficult.


Gain allows you to electronically boost video. Check your camera’s manual to find out if it has a manual gain control. As you increase gain, you will also increase signal noise, which can reduce the quality of the recorded image dramatically. Like everything else, it is a trade-off.

6. Get a Better Camera


Some cameras are made for convenience; others are made for effect. It stands to reason that a camcorder you can fit in your pocket won’t have the features of a larger contemporary. This is especially true in terms of aperture size. Small cameras, designed for maximum portability, have smaller lenses and narrower apertures. Some have a relatively large aperture at the wide end of the zoom range that gets smaller and smaller as you zoom in. To maintain a wide aperture throughout the length of a zoom requires big glass.


There are really only two ways to capture an image in low light. One is “gathering” light, which means dealing with the existing illumination through wider apertures and slower shutter speeds. The other way is throwing out more light. However, in certain situations (e.g., shooting in an Army foxhole or movie theater), turning on a light can be a bad idea conceptually. Luckily though, there are lights that cameras can see that people can’t. So-called “night vision” cameras use LEDs to illuminate the scene with infrared light which is invisible to the human eye. Then, the camera’s CCD, which is sensitive to IR, records the image. Usually in a weird-looking green monochrome. Because of this, IR is usually only useful for special situations like police stakeouts, where the image quality is secondary to what’s on the image. These cameras can record video in complete darkness.