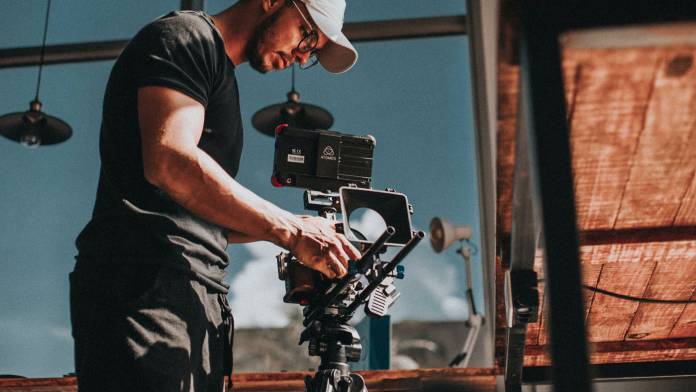 We’ll break it down movement by movement so you will know how to execute each shot and why you might use it. We’ve also divided the column into 3 easy to follow sections:

How: Move the camera horizontally left or right. Ideally, you should use a tripod for a smooth effect. To be a great “panner”, practice the shot several times at several speeds before you feel comfortable with it.

Why: To follow a subject or show the distance between two objects. Pan shots also work great for panoramic views such as a shot from a mountaintop to the valley below.

Rule: Always start on a still shot, begin the pan, and finish on a still shot. Practice first. Look at the scene as the pan reaches the middle portion between start and end of the pan. If there is nothing worth seeing, then the pan isn’t worth shooting.

How: Moving the camera up or down without raising its position.

Why: Like panning, to follow a subject or to show the top and bottom of a stationary object. With a tilt, you can also show how high something is. For example, a slow tilt up a Giant Sequoia tree shows its grandness and enormity.

Here’s a good tip. In general, when you tilt up and shoot an object or a person they look larger and thicker. The subject looks smaller and thinner when you tilt down.

How: Not tilting, but physically moving the height of the camera up or down, usually on a tripod.

Camera and Operator or Devices Move Together

How: The camera is set on tracks or wheels and moved towards or back from a subject. A dolly is also a noun, describing a train track contraption used for a dolly (verb) shot or a device attached to a tripod. A wheelchair, because it has large wheels, rolls smoothly, and has a seat for a videographer, works quite well as a dolly, but you can also use a rolling cart or even a skateboard.

Why:To follow an object smoothly to get a unique perspective. In some movies directors combine the dolly and a zoom shot for a real sense of doom. To do this, the camera lens zooms into the subject at the same time as the camera physically dollies out, and the person in the shot remains the same size, but the background appears to move. It’s difficult to master smoothly, but done right, the shot conveys a real sense of tension and feeling of vertigo.

How: The device straps to the photographer and the camera is mounted by a series of metal joints controlled by gyroscopes. These machines are quite complicated and a real Steadicam can cost several thousand dollars. But you can buy an inexpensive alternative that uses counterweights to get a Steadicam-like effect.

Why: To follow an object through twists and turns. Although the dolly is great, its movements are limited. With the stabilizer, you can follow someone through hallways, doors and around rooms.

How: This works and looks similar to a construction crane. It is used for high sweeping shots or to follow the action of your subject.

Why: Gives a bird’s eye view. It looks as if the camera is swooping down from above. Movie directors use this for street scenes so they can shoot from above the crowd and the traffic, and then move down to eye level.

How: You hold the camera without tripod, monopod or other device. Professional cameras are large and rest on the user’s shoulders. This balances the camera and keeps shaking to a minimum. Because of their size, most consumer cameras can’t rest on your shoulder, so you’ll need a few tips to shoot steady well-executed handheld shots.

Why: Due to the spontaneity of the action, many news crews and most documentaries use hand-held shooting techniques. Sometimes, it is used in TV shows and movies. Notice that in horror or action movies they often use hand held shots when something bad is about to happen.

Rule: When shooting handheld, do not zoom in! The more you zoom in, the shakier the shot gets. It is better to move closer to your subject and shoot with as wide of a setting as you can. Handheld is best when you are shooting someone or something that is moving. It looks very bad when shooting landscapes, buildings, or stationary objects.

Only the Camera Lens Moves

How:You press a lever or rocker to zoom in or out. This lever controls the lens mechanism inside the camera. Usually, the harder you press on the lever the quicker the zoom. Some camcorders have only one zoom speed whereas others allow you to zoom manually by turning a ring on the lens. A zoom lens gives you the option of having both telephoto and wide-angle lens in one camera. You use the telephoto lens when you zoom in, bringing objects closer to you. There is less visible area around your subject, and distant objects are compressed. Zooming the lens out gives you the wide-angle shot and more of your subject and surrounding areas are visible. Depth perception is also changed, and the size and distance between objects is more pronounced.

Why: To bring objects at a distance closer to the lens, or to show size and perspective.

Rule: Continuous zooming in and out is annoying to viewers. Don’t zoom while shooting unless the scene calls for it. Use a tripod if you zoom. Start on a still shot, then zoom smoothly, and end your zoom on a still shot. Practice first. Look at the scene as the zoom reaches the middle portion between the closeup and wide angle. If there is nothing worth seeing, then the zoom isn’t worth shooting.

How: Focus on one object, like an actor’s face, and have everything behind him out of focus. Then adjust the focus so his face becomes blurred and the actress behind him becomes clear. In this movement, you are changing the focal length so that one subject will go out of focus while the other comes into focus . The two subjects must be at a correct distance from each other and from the camera for this shot to work.

Why: You are actually making a transition similar to an edit by constructing two distinct shots. You often see the rack focus in dramas and soap operas, changing focus from one actor’s face to another during their conversation or tense moments.

Rule: Use a tripod. A rack focus looks bad if the camera is shaky.

Get Out and Play!

Now that you have learned the basic anatomy of camera movement remember this: the best and most versatile shots of all are the standard wide, medium and close-up stationary shots. However, well-executed camera movements are the icing on the video-cake. They add style, feeling and depth to a project. Although we have given you several reasons why you would use each camera movement, these are certainly not the only motivations for moving the camera. Like any artist, you can invent your own reasons for using camera movements. Play around. Experiment. Be an artist. And watch movies, TV and even commercials with the sound off, to see how the camera movement plays out. You’ll quickly see how one shot motivates the next and you may begin to predict the next shot or the following sequence. Eventually, with minimum effort, you may be on par with the pros.

Brian Schaller is a former TV news shooter, reporter & producer and is now traveling worldwide working on his documentary.