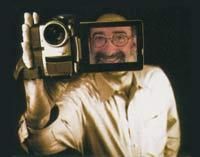 I’ve been fascinated with communications since I was a kid. It is exciting to see that the Internet now allows us to send video around the word, in real time–for free. Although video is one of the most robust forms of communication, it developed only because many other primitive forms of communications preceded it. It’s interesting to remember that communicating across distances in real time began long ago when Romans posted signs on mountaintops. By doing this, the Romans could convey simple messages. But a message like "Rome is burning and Nero is just fiddling," was far too complex for this method of communication.

On TV shows and in movies depicting the old West, we see American Indians sending smoke signals. Paul Revere watched for a message (in the form of lights) about British troops: one if by land, two if by sea. If you were to ask the average person when electronic communication began, he’d probably guess that it began with the telegraph and Morse code. However, prior to the telegraph and before anyone suspected that electricity could carry a message, there were the railroads.

In the early days of railroads, there weren’t many tracks. Major towns and cities were connected by railroads and sometimes, in the busier areas, there were intersections. As the railroad industry grew, so did the number of tracks. With confidence that collisions could be avoided by keeping accurate time, someone came up with the idea of "sharing tracks." Engineers at the time developed a switch set at the intersection to direct a train onto another track, opening up alternate routes of travel.

Originally, these switches were changed manually. After a while, when train workers tired of running back and forth, an electric switch was developed which allowed track operators to change distant switches without having to send a person to execute the task. Electricity that powered the switch traveled through the metal rails; no wires were needed. This was an innovative development that saved lots of time. One day, a railroad worker had left his electricity measuring device (a needle galvanometer) connected to the track by mistake. While gazing at it, he noticed that the needle was moving. He reasoned that someone off in the distance was changing the switch. This was the very first use of electricity to send a message (accidentally in this case). The telegraph soon followed. Then Alexander Graham Bell improved it to carry voice: you know the rest of that story.

You might never have guessed that sending the video that you are making today over the Internet all began with switching railroad intersections, but it did!