Dont turn your back on the old technology yet–it still offers many advantages that digital technology cant provide.


On my recent vacation, I captured lots of images. I knew that I wanted still images, so I brought along a 35mm film camera. I also wanted to capture the sounds and movements of the activities on our agenda (like my daughter catching a salmon), so I brought a camcorder as well. The least enjoyable result of this decision was carrying the gear. Cameras are fragile, so we were inclined to hand-carry them on the plane. Cameras are valuable, so we wanted to keep them with us. Whenever we went someplace interesting, we had to haul the gear with us. Sometimes we didnt feel like carrying anything, so we left the cameras at the hotel. Then, of course, we had to actually use the cameras. Sometimes it is fun to use a camera, other times its really work (which is not fun when youre on vacation).

We wound up with some great pictures and great video. We watched some of the video right after we shot it (my son doing a flip-jump on the hotel bed) but we had to wait a little longer for the still photos. The experience of using two cameras caused me to reflect upon the differences and similarities of the gear and the types of images that we captured.

Now Canon has come out with one camera that can do both things as well as they do them now–capture high-resolution photos and capture video. This will lighten the load of the traveler. The result will be one less camera to worry about getting broken or stolen. It will also make it easier to capture both types of images at or around the same time. On my trip, for example, we had to switch cameras quickly when my daughter finally got the salmon onto the boat. The event lasted only a few seconds so the video was incomplete and the photo was imperfect.

There has been a big boom in the electronic photography area in recent years. Many of these still cameras capture not only images, but 10 seconds worth of sound also. Some of them even capture multiple photos in one second. It wont be too hard to make an electronic still camera that captures 30 photos each second along with sound.

I have been using an electronic still camera for a while. They are great for things like sending e-mail photos or creating Web pages. But there are a few things that I dont like about electronic photography which prevent me from becoming a regular user.

I think that it takes too long to load the images onto my computers hard drive (but I only have to do this once, so I cant complain too much about it). The images take up lots of room on my hard drive; this requires a little more management than a photo album or a drawer full of photos in envelopes. But when it comes time to gaze at the still images, I experience my greatest frustrations.

Although I believe thoroughly in the digital revolution, I have a great appreciation for paper. This should come as no surprise since I am an owner of a magazine publishing company. I can do things with both magazines and still photos that I can never do with a computer.

I can access them quickly. At most, it might require opening a drawer or reaching down to a coffee table. I might have to "fire up" a PC (a two-minute operation), although some people (myself included) leave their PCs on most of the time to avoid this wait. Moving from one image to the next is really, really easy with paper. We flip almost effortlessly though paper images. PC images take a while to render on the monitor.

Paper is incredibly portable. I can easily run outside, paper in hand, to show a neighbor as I see him walk by my front door. I can read a magazine while Im taking care of personal business or while Im sitting on a park bench.

Paper is cheap. I can decide to give my neighbor a photo, without much concern for its cost. If I lose a photo, I am not too concerned. If I lose my laptop computer, Ill be much more disturbed.

The digital photography industry is working feverishly on improving high-quality printers for the home and office. Soon the quality of the photos that you print on your PCs printer will be almost as good as the photos you get from the lab.

Im looking forward to excellent printers that will make dual-use cameras truly rewarding. In the meantime, Ill schlepp around a still camera and a camcorder because I want to have the best of both silicon and paper. 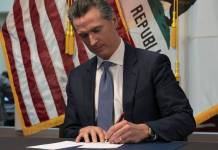 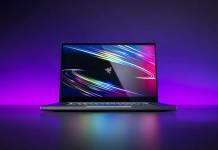 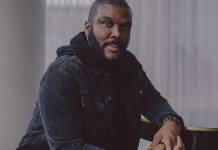 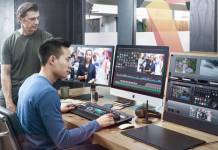 DaVinci Resolve 16.2.2: What has Blackmagic improved? 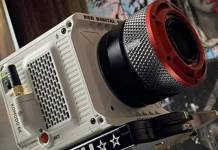 RED is charging $1,000 more to buy its Komodo camera in white