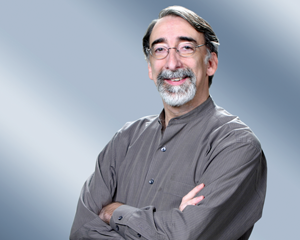 Videotape has been a defining term in making video since the days when cameras and recorders were two large separate units tethered together by a gigantic cable and tapes were monstrous plastic-encased behemoths; so central that the term “videotaping” became part of household nomenclature. The technology of videotape has changed drastically since those early days when Beta and VHS duked it out for dominance. There have been numerous iterations of consumer-level tape-based video: VHS, VHS-C, S-VHS, 8mm, Hi8, and MiniDV to name a few. Today, however, we find ourselves on the precipice of a new era. As tapeless solid-state media becomes the norm, and the days of actual “tape” fade into folklore, the idea of “taping” anything no longer seems an appropriate term. Purists will agree that “filming” is not a viable option, as the word film poses exactly the same problem. “Film,” which exposes a negative that must be developed, is a completely different technical process that has never been part of video technology. “Videoing” seem incomplete and overly generic.

Let’s acknowledge that changing terminology is not new thing. The term “dial” in regard to making a phone call came from the days of rotary telephone technology. No one has literally dialed a phone in decades, but people still understand what the term means. Likewise, today’s music artists don’t typically make actual “records” or “albums” any longer. Although both of these terms originated because of the hardware they used, over time the concepts have taken on a life that is larger than their technology of origin. In these instances, common language did also expand to add new terminology that more accurately, if not more generically, described these actions. We are also constantly adding new terms to our collective vocabulary. Not long ago no one had heard of texting, now we all do it every day. I recently passed an app developer’s office which displayed a sign announcing that he was busy “apping.” Although I have never heard the term, I knew exactly what he was doing.

Nevertheless, the question remains: what should we call the acting of videotaping something when tape is no longer part of the process? In the most technically accurate terms, the most valid description of what modern video recording has become could be described as “digital video recording.” We presently use the name “DVR” as a noun, as the name of a black box with an internal hard drive that allows digital capture and playback of television programs in a way that provides the user the ability to pause and replay live broadcasts. We also use the term as an infinitive verb when we say we are going to “DVR a show” so we can watch it later. Although the idea of capturing digital video through a lens onto solid state media might be very accurately described in the gerund form (a noun made from a verb by adding -ing) as in, “Our video production team will be DVRing today’s ceremony,” the point is really moot since the term has already been defined in culture.

So what are we to do? For now, I propose that we wait and see what comes. As in all cases, our terminology will evolve as society naturally seeks to describe new actions. In the meantime, we might do well to revisit the the words of the famous star-crossed lovers of Shakespeare’s Romeo and Juliet, where Juliet makes a profound observation. “What’s in a name? That which we call a rose by any other name would smell as sweet.” At the end of the day, semantics aside, it may not really matter what we call what we do, as long as people understand what we mean.