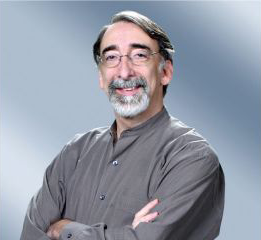 Logically, the pioneers of camcorder technology were primarily camera, lens and electronics companies that had been making broadcast equipment. While there have been plenty of camcorder offerings from smaller also-ran consumer electronics companies, the market has historically been dominated and innovated by big players like Sony, Canon and Panasonic. Through the 1990s and early 2000s video camera innovation flourished with rapid improvements in image sensor technology and changes in format that led us from VHS to Hi8, Digital8, MiniDV and then tapeless digital media captured onto proprietary solid-state solutions, like Panasonic’s P2 cards, and then to huge-capacity storage on standard compact SD media. The technology inside these palm-sized conventional camcorders has changed the game. Little cameras have become big business.

With the release of its Digital Hero line, GoPro revolutionized video production.

Since 2005, the video production world has been taken by storm by a small, non-traditional, low-cost camcorder that has garnered a cult-like following. With the release of its Digital Hero line, GoPro revolutionized video production. Its tiny, durable, fixed-lense units ushered in an entirely new category of POV video and introduced a new market segment for wearable and mountable media recorders and accessories. Like Kleenex, Hoover or Coke, the GoPro name is the definition of the category it created and is the measure by which all competitive products will be compared. Because they can be mounted to almost anything, are nearly indestructible and offer submersible enclosures, GoPros have become the go-to choice of young, cool and invincible extreme sports enthusiasts and drone owners who record and share incredible wow-inducing daredevil footage. At the time of this writing, the collection of GoPro videos posted to the company’s YouTube channel had just over 2.8 million subscribers, and boasted more than 736 million views.

The company went public in 2014. At the IPO GoPro, Inc., whose cameras sell for $129-$499, was valued at nearly 3 billion dollars. The National Academy of Television Arts and Sciences recognized the company with a 2013 Technology and Engineering Emmy® Award in the category of Inexpensive Small Rugged HD Camcorders. The GoPro is not merely a product. It is a phenomenon. It has become a celebrity with a youthful, Apple-like attitude and the swagger that comes from being young, cool and invincible.

Speaking of Apple; Apple has taken notice. In January 2015, GoPro shares dropped drastically when Apple announced a patent for a rugged, mountable, digital camera that suggests intent to compete with GoPro. While one can only speculate as to Apple’s true intentions, this patent certainly represents a shot across GoPro’s bow. With its massive bankroll and R&D budget, Apple, valued more than $483 billion (yes, billion), could make itself a formidable rival to GoPro if it decides to do so. While many still think of Apple as the underdog startup that began in a garage, it may well be time that we all start to think differently. Apple is a behemoth that has the power to own any market it sets its sights upon.

Would it be bad for Apple to introduce a GoPro competitor? Likely not for makers of media. Competition often drives innovation, and almost always drives prices lower. If Apple does determine to go after a piece GoPro’s market share lets not assume that GoPro will roll over. As they say, its not the size of the dog in the fight, its the size of the fight in the dog. If there’s one thing we know about GoPro, it’s that GoPro knows no fear.