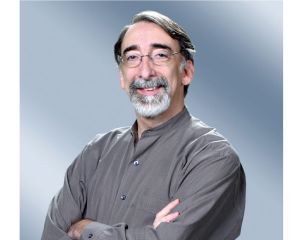 Many of us would prefer to order a video-capable DSLR or camcorder, pull it out of the shipping box, charge up the battery and start playing around with it in preparation for a shoot on the weekend. Like those who enjoy building their own computer-based editing systems, there are many of you who experience a higher level of excitement at the very thought of building your own camera from scratch.

What, if anything, can an open source system do for you that an over-the-counter unit can’t? What about costs? What happens if you get it all put together but can’t get it to work properly? Will using optional, separate, even disparate parts, an image sensor and processing unit, lens, operating system and storage device, get you in a mess with the various manufacturers perhaps voiding the warranty on their respective parts because you were tinkering around?
Advertisement

What, if anything, can an open source system do for you that an over-the-counter unit can’t?

It’s an expensive and time-consuming process. Ask the people at Apertus. They’ve been moving on this for more than six years. There’s even a name for the unit: Axiom. Proponents say it will accept just about any lens mount available.

Then there’s Arduino, “an open-source electronics prototyping platform based on flexible, easy-to-use hardware and software,” according to the website. The Frankencamera is being called “an experimental platform for computational photography,” says the title on a site that already offers software for the Nokia N900.

Another one is from Elphel Inc., already offering open source hardware and software for those who want to experiment with the possibilities.

Is this in our near future as video producers or enthusiasts who pursue photography and video? Probably. Will it replace what we’re already using? Not tomorrow, but the possibilities have been established and for the video enthusiast and professional who is a bit more adventurous and hands-on than many of us, open source cameras might be the next big thing on the other side of our video production horizon.

It hasn’t been that long ago videographers were looking at the RED ONE, salivating at the idea of an affordable 4K capable unit in their tool box. The DSLR has made significant strides in providing a unit that not only provides exceptional image capture, but has earned the respect of many professionals with its multiple lens options and ever-increasing audio and extended-length video acquisition capabilities.

We can only suspect that open source is in the not-so-distant future. Even though there are a few things that still need ironing out, the proof is out there. Meanwhile, the non-tinkerers among us have myriad affordable options for units that work right out of the box. Maybe we shouldn’t shelf our trusty camcorders or DSLR units just yet. Just keep one eye on the horizon because open source cameras are moving toward you.