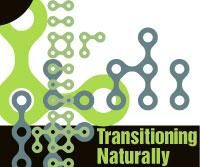 To view the tutorial video for Transitioning Naturally, click here.

Every blockbuster movie has hundreds or even thousands of edits, yet the viewer often is unaware of the cut. Why? In many cases, the change is very subtle, using a technique which is often known as a Natural Transition.

In the annals of cinema history, Thomas Edison is considered the father of the first motion picture cameras and his assistant Edwin S. Porter made the first narrative movies with one shot cutting to the next. The idea of match cutting on motion has been around since D.W. Griffith started to advance the editorial arts that began with Porter. Transitions, especially in the form of cross dissolves entered the moviemaking tool kit within a few years.

Not so Subtle History

In the 1950’s Japanese filmmaker Akira Kurasawa used wipes and transitions to great effect in his samurai movies which later got emulated in the Star Wars films. Transitions, especially the more radical ones are usually used to emphasize a change in geography or time in the movie.

In the last 10 years, transitions are added for free to the non linear editing packages by the dozens. The temptation to use them rises, even though the more radical transitions serve to do little but distract audiences from the story or idea being put forth by the sounds and images.

When most people think of transitions, the first thing that comes to mind is a cross dissolve where you fade from one clip to the next. Cross Dissolves are a very “soft” transition because it’s easy on the eyes. Another, more clever alternative is to use the shots themselves to transition from one scene to the next or from one location to another.

An example of this would be to show a man typing a letter. He grabs it off the printer, and then in the edit, we go to a close up of the letter; the close up pulls out to reveal a girl and her friend reading the letter. This moved the audience from one location and scene to another without the use of a plug-in or a button.

By using the rules of editing and the basic ideas of match cutting, you can effectively get from one scene to another. The effect can be initially jarring, but today’s audiences are accustomed to quick thinking and radical changes, and yet they are more natural than a fancy page peel or turning one of the video clips into a 3D animated ball that bounces away off screen.

Another version of the natural transition is to have one scene end with a person showing a reaction shot, and hearing the sound from the next scene. We can have MAN in scene 1, working, then we hear the audio of WOMAN 2 in scene 2 asking a question, and the visuals still show MAN from scene 1 as he looks up, as if responding to this, and we cut to WOMAN 2 in scene 2 and then we cut to the reaction shot of WOMAN 1 in scene 2. This is an audio transition from one scene to another.

Caption: The key to making this transition smooth is the close up on the paper. This close up shot connects the scene prior to the new scene seamlessly.

The frame wipe gets commonly used if the scenes can justify it. This is where someone or something fills the whole frame in one scene and when the frame clears, we are in the next scene or location. The way to achieve this near seamless edit is to cut while the person or object is fully blocking the frame at both locations. Because the camera gets blocked as a giant out of focus blob, the edit is nearly invisible. This technique was used in JAWS on the beach cleverly to change the view 180 degrees without a jarring cut.

Caption: In this example a person passes in front of the camcorder, blocking the view. When this distraction passes the audience is in a new scene. This type of transition can be done very discretely.

Cutting on motion is a common editorial trick for drawing the viewers eye and it can be used to smoothly transition from one scene to another if it relates. In this example, we can have WOMAN 1 ball up a sheet of paper and throw it down out of frame. Cutting on the motion of the paper ball leaving frame and the next shot is a paper ball entering frame on the floor in another scene. We just took the viewer back in time to MAN in scene 1 looking at his earlier drafts balled up. The audience will connect with the movement and still understand the geography. This can even be used in a more abstract sense of following the movement without the object (or person) be the same as long as the screen direction matches, the audience’s eye will follow.

Caption: Make sure to keep some continuity in the motion of the traveling object.

Fast panning, or “whip pans” can also form a semi-abstract cut and the movement can take the audience out of one scene and into the next, continuing the camera movement. Cutting in the middle of the wild camera move, since the image is a smeared blob, also cuts without startling the viewer.

As with all transitions, overuse can lessen the impact. Transitions, even natural ones, should be used to emphasize the change in scenes. Sometimes a straight cut can get you from one place to another. Other times, you really want to emphasize the change – like in a storyline or movie where you are telling a story non-linearly. If you are jumping from two different storylines, the jumps between parallel action might warrant some kind of emphasis on the transition.

Caption: A whip pan can get the job done, but it’s usually a bit more distracting than most other transitions. Use sparingly. To create one, you would subtly swish the camera to the left from scene one so the shot blurs, and use only a few frames here before you cut to the next shot of the camera swishing from the right and settling on the new subject. It’s a difficult technique to master.

In narrative storytelling, like short films and features, most NLE transitions might rip the audience out of the believability of the scene. In something like a documentary, reality show, or industrial/commercial video – traditional transitions are more common because they are acceptable. Use your best judgment, Watch our online video demo for more and good luck!