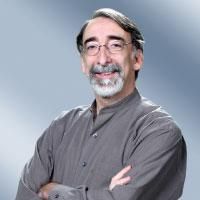 I have recently completed the most fulfilling video experience of my life. A Non-Government organization named Education Development Center (EDC) invited me to introduce audio and video technologies to Southern Sudan. I led two workshops over the course of a week.

There is a Teacher Training Institute (TTI) several kilometers north of the Ugandan border: the Arapi TTI. During the 4-hour drive on a dirt road from the capital, Juba, we passed by burned cars, buses, trucks and military tanks, as well as de-mining operations working along active minefields.

During the conflict, soldiers invaded this TTI several times. On one occasion, a guard was killed and many were wounded, yet the teachers and the staff did not abandon their work. During the worst of times, they would leave the sleeping quarters and sleep “in the bush,” as it was safer to avoid snakes than bullets. These people have remarkable courage and commitment to their craft.

Just recently, several computers and a satellite internet connection were installed, run by a diesel generator. I had the privilege of installing the first video editing software package in South Sudan, Studio (a donation from Pinnacle). This was just one of many privileges I had during the two-day workshop on video production. I have never seen more joy from simple acts like inserting videotape into a camcorder, panning with a tripod, capturing video to a PC or making an edit using video editing software. It is amazing what two decades of civil war will do to the motivation of people. Consumer video technology was born during their wartime. They missed all of it.

I was astonished at their aptitude and motivation. I am so proud of them. During their wartime, I have been teaching North Americans how to entertain each other with video technology. It was extremely fulfilling to teach the people of South Sudan how to use video to improve their education system to better enable them to lift their society out of poverty and desperation to hope and reconciliation.

They invited me there to teach them about consumer electronics, but I realize that I learned more than they did. I learned about the resilience of the human spirit, fortitude and a hope deeper than any that I’ve ever known.