Stories help us relieve tension. Most stories include a main character that struggles against resistance or conflict. Televised sports are comprised of a series of stories. When a batter comes to the plate, his conflict is with the pitcher and then with the basemen. Many claim that football is more compelling on TV and maybe it’s because of the tension the viewer feels when watching the game. Often, as TV viewers, the greater the release of tension, the greater joy we feel. In making video, you can actively craft a story with climactic dramatic structure to specifically create, build, and eventually release tension, thus providing an audience with more joy. Like televised sports, the source of dramatic tension in a video comes through conflict. Two opposing forces clash against each other and the dramatic tension of the story builds as they struggle to resolve their differences.

Gustav Freytag (1816-1895) was a German dramatist known for his analysis of the dramatic structure of ancient Greek plays. Freytag claimed that a drama is divided into five parts, or acts.

In the exposition, the video must present the background information that is needed to understand the story This information includes the main character, the protagonist, the conflicting character, the antagonist, the basis of the conflict, and the setting. During the rising action of a video, the basic conflict arises and then perhaps becomes complicated by secondary conflicts, including various other annoyances that frustrate the protagonist’s attempt to reach his or her goal. The third act is the climax, which marks a change, for the better or the worse, in the main character situation. During the falling action, the conflict between the protagonist and the antagonist unravels, with the protagonist winning or losing against the antagonist. The last act can be a denouement in which the protagonist is better off than he or she was at the story’s outset. The denouement is a period of peace and joy as the audience watching the video experiences the release of tension.

You can apply three acts (of all five) to a wedding, where the bride or groom are struggling with an idea (as opposed to a person), in this case the unknown trials of married life. The conflict is preparing for the ceremony. The climax is the when the groom kisses the bride and the denouement is the reception. You can also apply this to a family vacation, where the climax is "a glance into the Grand Canyon", the conflict is the hassle of traveling there and the denouement is camping over night there or the journey home. 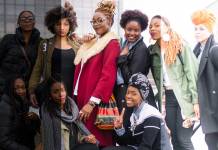