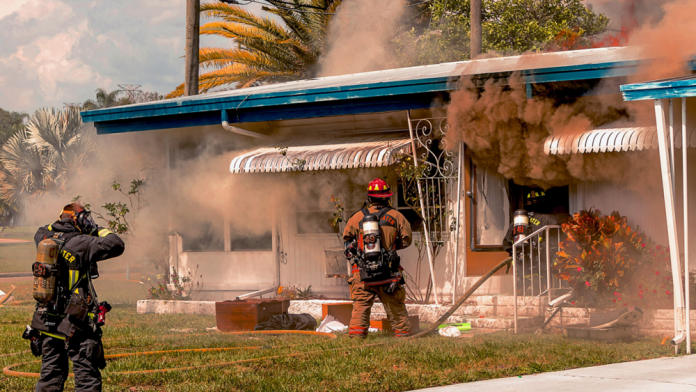 Just as you wouldn’t drive a car without insurance, you should also never shoot without it either. Of course, we’re not saying you need to carry production insurance while filming your kids at the playground, but any time that you shoot any type of collaborative piece – whether you’re looking to get it on the silver screen or your YouTube channel – carry insurance.

There are myriad insurances that should be carried on a video production. The most important ones are

In this article, we’ll focus primarily on these, but also inform you of the others, so that you have the information that you’ll need to be properly covered.

Several years ago, I was on a production that was creating an instructional video for young swimmers. My client, who was borrowing a friend’s home and swimming pool for the shoot, was a certified swimming instructor and had all of her credentials for CPR and whatever emergencies could have happened with the children in the video. Because of that, I wasn’t overly concerned with the lack of a medic on set, but I later found out that she didn’t even have insurance for the shoot. My client, who chose to save money by cooking for the cast and crew rather than paying for a professional, burned down part of the kitchen of the house because she forgot to get the pizza out of the oven. Although the damage to the kitchen was extensive, it could have been much worse! It cost her quite a bit of money out of her own pocket because she didn’t carry insurance on her production.

David Heavener has been a filmmaker since the 1980s and although he knows a thing or two about saving money while making a movie, he also knows the importance of having liability insurance. He explains, “It’s imperative that you carry liability insurance in case someone gets hurt or – even worse – dies. They or their loved ones will find one of those infomercial attorneys and they will sue you. On Fugitive X, my stunt double was performing a stunt in which he had to jump off a bridge onto the back of a moving pickup truck. He jumped but missed the truck. He was badly injured and it really was no one’s fault. The insurance company took care of all the hospital bills, but the ambulance chasers got involved. Needless to say, lawsuits started flying. Everyone, from the production company to the driver of the truck, got sued. Even the company that made the mats he was supposed to fall on got sued! Always have insurance.”

Now that you see why you need to carry production insurance, a really good next question would be “where can I get it?” And that’s a really good question because the vast majority of insurance companies don’t sell the type of insurance that you need. This fact works both for and against you. Finding an insurer for your movie is more involved than simply calling your insurance agent. With fewer agents (read: less competition), the cost will be higher than it would if there were brokers on every street corner. Conversely, the specialized nature of production insurance means that you’ll most likely get a broker who understands your special needs and can really assist you in getting the proper coverage.

Finding an insurer for your movie is more involved than simply calling your insurance agent.

Because there are so few companies in this field, we are providing you with a partial list of brokers that we found while doing research. Please note that this does not by any means constitute as an endorsement of any agency or individual by Videomaker or the author. We are just passing along the information that we found; it’s up to you to determine if a particular broker or agency is right for you. That said, here’s the list:

As with any type of insurance, all surety companies will investigate before signing on; after all, they want to be certain that they aren’t going to lose money on their endeavors. James Osman, Managing Director at British insurance brokerage Commercial Risks in Film Ltd, states “Before offering a deal, the underwriter will ask for a script and will want to know who the attachments are in order to assess the risk.”

Travelling overseas adds an extra dimension to insuring your production. Aside from needing the same insurances in the foreign countries that you’ll need in your own, you will also need travel insurance. Another issue is that the insurance agent in your home country can’t cover you in the foreign country. Roisin Buckle, Director at Commercial Risks in Film Ltd, explains that her company will work with insurers in foreign countries to make your life easier. “If a film is being shot in various countries then this shouldn’t be a problem as long as the production company is from the UK/USA.  If the production is a foreign one then we would need to speak to a local broker in that country to obtain terms from an underwriter within that country, to comply with local law.  This can be done as we have underwriters based in the UK with offices all over the world.  It just means that, for example, if the film was a Spanish production being shot in Europe we would need to get in touch with an underwriter that has capacity to write business in that country. However, if the production company is based in the UK and the film is being shot in Europe then this can be underwritten by a Lloyds or UK market.”

The next important piece of insurance that you’ll need is Errors and Omissions (E&O) insurance. Errors and Omissions insures against people claiming that your movie is bogus or that facts are misconstrued. This type of insurance is especially necessary when the story is true or based on true events. Oftentimes, the surety company will bring in an expert on the subject to look at your script and investigate. After all, insurance companies are in business to make money, not to lose it!

Also known as a Completion Guarantee, a completion bond insures investors that a project will be completed on time and on budget. Investopedia describes a Completion Bond as, “A financial contract that insures a given project will be completed even if the producer runs out of money, or any measure of financial or other impediment occurs during the production of the project. A third party guarantor will assess the risk to the project’s completion and collect a premium for insuring the particular risks to a given project being completed on time and on budget. Investors become much more likely to get involved, knowing that the project will be completed enough to be sold so they can recoup their investment.” What this means is that, if you don’t complete your movie, it will no longer be your movie and the insurance company will take over. The completion guarantor will then become responsible to pay off the investors and decide how – or even if – to proceed with completing the movie. This is a scenario that nobody wants, especially not the filmmakers. The completion guarantee is a financial kick-in-the-pants to motivate the producers into completing the film on time, within budget and as promised to the distributor(s), bank(s) and other investors.

In order to determine whether a film project presents an acceptable production risk, the completion guarantor will carefully examine and evaluate all significant factors facing the production. This process begins with the producer submitting to the completion guarantor the following main elements: script, budget, shooting schedule, résumés of key crew and descriptions of the project’s financiers and their respective financing commitments.

Due to there being very few insurers covering the film industry, you’re not going to find an insurer who will offer a completion bond for any film with a budget of under $5,000,000. Roisin Buckle explains, “The completion bond marketplace has consolidated in recent years and the remaining surety companies will not consider a submission under $5,000,000 without an equal amount of collateralization.” Therefore, if you want to make a film for, say a million dollars, you’ll need to have a million dollars’ worth of goods to collateralize the bond.

Really, I have nothing against guerilla filmmaking and may know of a production or two that may or may not have had all of their permits in place, but there is a massive difference between forgetting to apply for a costly permit when you’re going to be on location for an hour and risking the financial future of yourself, your family and everyone in your production

Earlier, we promised a list of the other insurance coverage available to movie projects. Here’s the list, courtesy of Commercial Risks in Film and AFIG Insurance:

John McCabe is a scriptwriter and director. He also owns www.NeverSayCut.com. You can reach him at John@NeverSayCut.com if you’re looking to hire him.