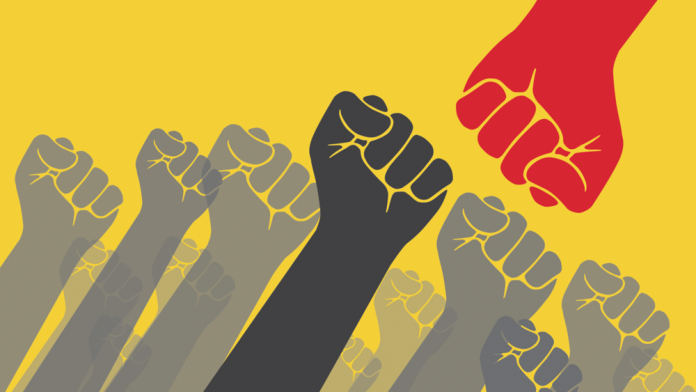 While this has greatly increased the ease with which content creators can share their original work with the world, it has also enabled users to easily upload content that is not in fact their own and either maliciously claim it is or otherwise simply not give credit where credit is due. These actions can harm content creators by denying them credit for their work, violating their copyright rights, or even causing economic damages.

While individual end users are the source of, and therefore ultimately responsible for, the content they post on YouTube, the host site itself does share some responsibility. And while YouTube’s Terms of Service disclaim almost all liability with respect to the content it hosts, there are still ways in which YouTube can violate your rights as a content creator. The big question is – if that happens, what can you do about it?

Taking legal action against a large corporation like Google (YouTube’s parent company) is considerably different from, and much more difficult than, doing the same against an individual or small organization.  It would likely be extremely complicated, overly time consuming and prohibitively expensive. So, regardless of the claim you may want to bring against YouTube, this article explores one main idea when it comes time to considering legal action: consider filing a class action lawsuit.

According to Cornell Law School’s Legal Information Institute, a class action lawsuit is “a procedural device that permits one or more plaintiffs to file and prosecute a lawsuit on behalf of a larger group, or ‘class’” and “allows courts to manage lawsuits that would otherwise be unmanageable if each class member (individuals who have suffered the same wrong at the hands of the defendant) were required to be joined in the lawsuit as a named plaintiff.”. The named plaintiff is the “person or people bringing the lawsuit” and “should have claims and injuries that are typical of all potential class members,” according to classaction.org, a non-legal organization providing information on class action lawsuits.

Essentially, one person who has been harmed by a company’s product or service can file a lawsuit against that company and represent a large group of people who have been similarly harmed and who might be eligible for some kind of reward, such as a financial settlement or injunction.

While there is no minimum class size requirement, the class should be big enough to convince the judge that the plaintiffs are not better off filing separately.

While there is no minimum class size requirement, the class should be big enough to convince the judge that the plaintiffs are not better off filing separately.  The Ohio State Bar Association notes “[t]he classic basis for the use of a class action is to combine the smaller-dollar claims of a large number of people. Each person’s claim individually may be too small to pursue cost-effectively.  Combining many relatively small claims, however, may justify the expense of litigation and improve the chances for success, especially against large corporations.”.

Finally, that brings us to cost. Considering all the potential plaintiffs involved, coordination between them and evidence required to prove the claim, class action lawsuits can appear to be cost-prohibitive. The good news is that most class action lawsuits are actually taken on a contingent basis, meaning the attorneys taking on the case get paid only if the case settles or based on a court judgment.  So, as the Ohio State Bar Association puts it, “If there is no dollar recovery, the attorneys are paid nothing.”

Now that we’ve covered the basics, the question remains: can we file a class action lawsuit against YouTube? The short answer is yes, but don’t get your hopes up.

We usually associate class action lawsuits with physical damage, such as dangerous pharmaceutical drugs or a defective car part endangering or even injuring a large group of people, and not with intangible damage such as widespread intellectual property violations or economic damages. However, YouTube has had class action lawsuits filed against it with precisely those grievances, though with little to no success.

One of the better known class action lawsuits filed against YouTube, The Football Association Premier League Limited et al v. Youtube, Inc. et al (S.D.N.Y. 2009), alleged widespread copyright infringement, specifically for failing to take down infringing content or creating enough safeguards such that infringing content would not be posted in the first place. Among the named plaintiffs were England’s Football Association Premier League Ltd., and Bourne Co., an independent music publisher, and a host of other music and media companies.

The case was originally filed in 2007, and after years of litigation, a New York federal district judge actually denied the class and refused to hear it as a class action altogether. His rationale was that “copyright claims are poor candidates for class action treatment,” and that the potential class of copyright holders is so large that the case would become unmanageable. So while there may have been validity in the individual plaintiffs’ complaints, combining them into a class, in this instance, actually ended up weakening the case overall and not allowing them to move forward.

The class action mechanism empowers even the smallest potential plaintiff. It attempts to level the playing field when it comes to considering filing a lawsuit, particularly against a big company. As we saw, however, it is not always appropriate, particularly in the context of copyright infringement. Nevertheless, while the Premier League case was unsuccessful in a sense, it also established precedent for future attempts at class action lawsuits against video hosting websites like YouTube. Perhaps the class can be more narrow next time, or the alleged harm not as far-reaching.

As always, of course, if you believe your intellectual property rights have been infringed, be sure to speak with an attorney about your particular case. And if you fear that your case is too paltry to pursue legal action, consider if there are others around the world in your position, and try not to go at it alone. Stay classy.