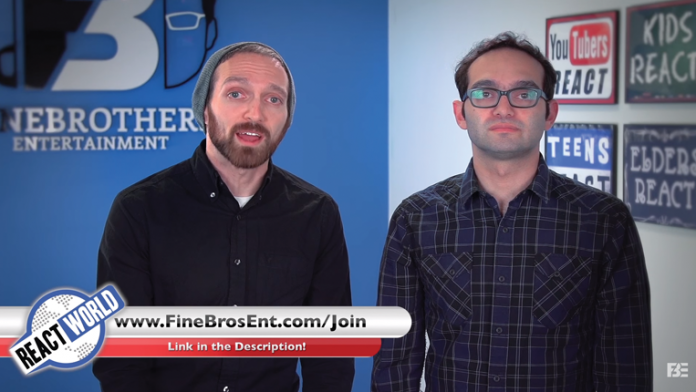 The proliferation of web-based video streaming sites like YouTube and Vimeo has given videographers the opportunity to distribute original video content to a global audience instantly at minimal cost, and has even resulted in fame and fortune for some. Benny and Rafi Fine, otherwise known as “The Fine Bros,” are one such duo, whose successful YouTube channel, “Fine Brothers Entertainment,” has brought them both fame and fortune. This success, however, and their desire to protect it through trademark law, has also brought about legal troubles and public retribution that have been all the rage on the very same Internet that gave the Fine brothers their start.

What Is A Trademark Anyway?

According to the United States Patent & Trademark Office (USPTO), a trademark is "a word, phrase, symbol, and/or design that identifies and distinguishes the source of the goods of one party from those of others.” A trademark restricts competitors from using a certain word, phrase, symbol, or design, on their own, similar product. It’s important to note, however, that trademarks are filed under specific categories, which limits the scope of their protection. As an example, the “Subway” restaurant franchise owns the trademark to the word “Subway,” but only under the category of “restaurant service.” So while other restaurants may not call themselves “Subway,” a telecommunications company by the same name would be acceptable.

Additionally, trademarks range from fanciful, or made-up names that are easy to trademark, to generic, which define the product or service the mark is expected to protect. An example of a fanciful trademark is EXXON, a word that has no inherent meaning and therefore easy to protect. An example of a generic trademark would be something like “Fruit” for a company producing bananas – it defines its product and would not be eligible for trademark protection.

A Fine Attempt at Trademark Protection

The Fine brothers’ fame came from their “React” video franchise. The premise of their videos consists of filming different people — kids, teens, elders, and others — reacting to videos or objects and answering questions. They produce original content on a weekly basis and rack up millions of views per video. In the YouTube world, of course, this means advertising dollars, fame and career growth in the entertainment industry.

While the “React” video format may seem straightforward and not particularly original, the Fine brothers are arguably some of the most successful online producers of such videos, and became synonymous with the format. In fact, the Fine brothers applied for and received approval for trademark protection for the names of some of their video series, such as “Celebrities React,” “Adults React” and “Teens React.”

Some people have taken to the legal system to fight (i.e., oppose) the less egregious trademarks, but the Fine brothers’ most recent trademark filing and public announcement caused a viral Internet uproar and eventually cost them more than 600,000 YouTube subscribers and resulted in a major change of plans.

The Implications of a Broad Trademark Application

In July 2015, the Fine brothers filed a trademark application for the word “React,” specifically under the category of “entertainment services, namely, providing an on-going series of programs and webisodes via the Internet in the field of observing and interviewing various groups of people.” This broad language would give the Fine brothers the power to issue cease and desist notices and ultimately sue anyone posting videos using the word “React” in the title and falling under their trademark category. The “React” trademark would also give them this power over “confusingly similar” video titles, or videos that would be deemed likely to confuse a viewer as to their origin.

The implication of such a trademark would be huge. Not only would the Fine brothers essentially own nearly an entire genre of videos on YouTube, they would also be creating bad precedent regarding content control on the Internet.

The trademark was approved on February 2nd and released for a standard 30-day public opposition period, only days after the Fine brothers announced their intention to license their “React” format through a scheme called “React World,” which would allow videographers to produce their own reaction videos, in return for a share of any profit received from these videos. It’s possible that no one would have noticed the trademark filing had the Fine brothers not announced their “React World” scheme. Once they did, however, the Internet turned its attention to them — unwelcome attention.

Viewers banded together on YouTube and other social websites such as reddit.com in opposition to the professedly overreaching Fine Brothers, causing them to lose hundreds of thousands of subscribers and gain bad press. In the YouTube world, a loss of so many subscribers in such a short time means a lot.

Viewers banded together on YouTube and other social websites such as reddit.com in opposition to the professedly overreaching Fine Brothers, causing them to lose hundreds of thousands of subscribers and gain bad press.

In the end, the Fine brothers decided to rescind their “React” trademarks and applications, discontinue their “React World” licensing scheme, and release past claims they made against other YouTube content creators, via an online public apology.

Why is This Important?

There are several key takeaways from this episode. First, as a videographer, it’s important to be aware of the content you may be uploading to the Internet and any trademark implications it might have. While lawsuits are typically a last resort — you would likely first get a cease and desist notice — you also wouldn’t want to spend the time creating and editing content only to find out it’s infringing on someone else’s trademark and must be taken down.

Second, and on the flip side, you can use this legal framework to your advantage. Do you have original content? Have you come up with a truly unique format? Did you think up a catchy and potentially lucrative title or series name? Filing a trademark application, and considering a licensing program, may be a prudent course of action to safeguard your original content and afford you the credit you deserve.

Finally, if you aren’t worried about trademark infringement or video licensing, but simply want to learn more about how to protect your hard work and intellectual property, be sure to contact an attorney to receive tailored legal advice based on the specific facts of your circumstance.