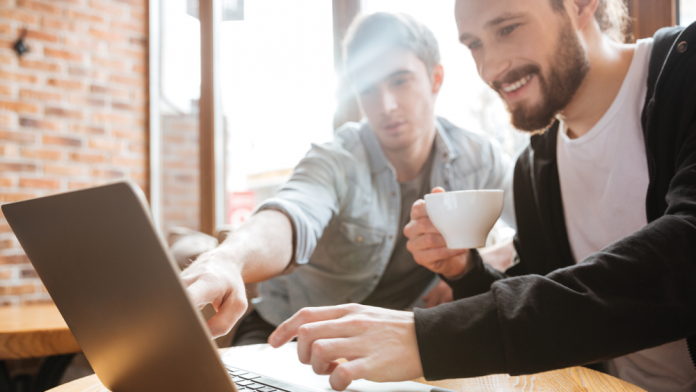 “I don’t know what I want… but I know what I don’t want.”  “Hmm, I’ll know it when I see it.”  “Let’s try a few things, and go from there.”  These phrases and more, when uttered from a client’s mouth, are the bane of any producer’s existence. If you’re only as good as your last project, encountering an unsure or inexperienced client can be truly frightening for the future of your business. But how do you deal with such a client?

Never go into a meeting with a prospective client without knowing who and what you’re dealing with. Define who they are as an organization or individual. It should be pretty easy to see what their tastes are. This goes without saying. But how do you know what it will be like to work with them once you are engaged in a contract?

Word of mouth can be your greatest ally or enemy to keeping a business afloat in the creative industry, so make sure you not only let your clients interview you — make sure you want to work with the client.

If it’s a company, organization or institution; glassdoor.com can be a great resource to see how the organization works. Sites like this give you a window into the company from the employee perspective.  If it’s an individual, do some research on their LinkedIn or Facebook accounts. See how their peers deal with them, and look for how they may handle disagreements on Facebook. You can be sure that any employer is checking you out. The mistake is going into a meeting thinking that you are the only subject of the interview. Word of mouth can be your greatest ally or enemy to keeping a business afloat in the creative industry, so make sure you not only let your clients interview you — make sure you want to work with the client. And if you do, make sure you can formulate a strategy for handling creative differences, as well as a strategy for giving the client what they want.

Manage Expectations from the Outset

The best way to keep a client from throwing you into revision hell is with financial motivation. The natural tendency for a client is to keep adjusting a production until they are happy.  Major post production houses have gone under being stuck in revision hell because they contracted for a flat rate.

That isn’t an argument for a pure-hourly rate card.  Rather, feel free to bid the flat rate, but set some milestones for the production like script stage, rough cut, motion graphics and effects and final color correction. If a client signs off on a stage but later decides to go back a step, charge an hourly rate. Give them one free revision cycle per stage. If new revisions — ones that weren’t mentioned before, not revisions you forgot about — pop up, they are charged an hourly rate. This discourages clients from a snap-judgement and sending you a revision, then deciding to show someone and sending you their input, and so on. It encourages the client to put some thought into their revisions, show it around to the stakeholders and formulate a cogent revision request.

Never use terms like “we’re going to,” or “we should.”  Your ideas are based on experience, and have great value — just not usually to a client. Most clients look at videographers as more of “knob turners,” rather than creative artists. Instead, you’re going to have to find a way to draw your idea out of a client’s mouth. For instance, if you want to use a title to underscore the meaning of a voice-over; saying something like, “I wonder if there’s a way we can make this more impactful.” Then, you may point to where you’d like to put the title and say, “Hmm, this area looks like it could use something.” If they’re still not getting it, the way to make a specific suggestion is, “What do you think of maybe putting a graphic over here.”  See how the phrasing is passive?  It gives them a choice and asks their opinion without pressuring them into your ideas.

What if the client has an idea that’s just… terrible? Maybe they have 20 graphics they want crammed into a 30-second commercial? You can’t ever just shoot down their ideas. Doing so makes them feel minimized, and will give them an excuse, albeit subconsciously, to shoot down anything you produce and stick you in revision hell.  The thought will always be in the back of their head, “If they’d done it my way, it would be perfect.”

Instead, suggest a way to do it that is viable for you, may make you extra money, or discourages them from attempting it — in a way that they believe is their idea. For instance, in the case above you may consider, “Hmm, you know, some people read very slowly. What if we either split the ad into two 30s, or make it a 60? I know this information is important, we just need to make sure everyone can get it.” See? It puts the ball back in the client’s court. If they are set on the idea, remember: it’s their production. Just do it. If they want to use up a revision cycle on a terrible idea, it’s their cash.

You have to remember that when you become a professional, you’re also a sellout.  You are literally selling your skills to the will of a client’s creativity — or lack thereof. You’ll find yourself thinking, “Oh, that’s just stupid,” or, “Really?!” a lot as a professional.  Not every production has to be “The Matrix.” In the end, the client is paying you for a service. The trick is to give them the service they want, even if they don’t know it, while maintaining a good reputation as someone that is easy to work with. A mentor once told me, “It’s not how well you do the work. It’s how well you work with others that’s important.” Be passive, have a positive attitude, increase your tolerance for bad ideas; and most importantly, set a client’s expectations. If you can give them what they want, and help them succeed, you’ll have a plethora of success in this business.

Ty Audronis has worked professionally in the Television / Film industry for over 20 years on productions ranging from feature films to local television ads.