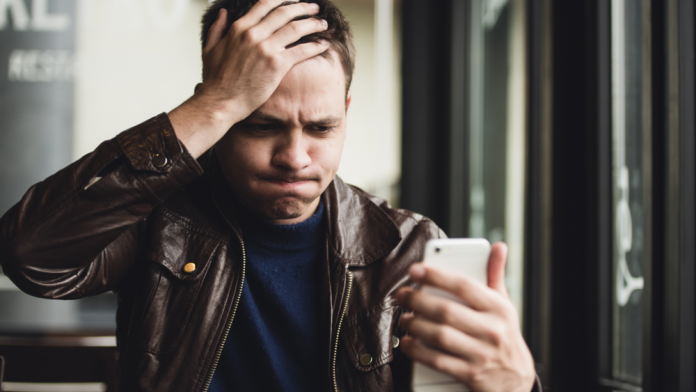 No matter how long you’ve been in business, a “Client from Hell” could be waiting in the wings.  Learn how to recognize the danger signals so you can “fire that toxic client” hopefully before becoming entangled.

Our Most Toxic Client

Our record was mostly good for decades until we accepted the client to end all toxic clients. His publicist wanted video of him speaking in front of an audience to promote his new book. He asked if we could videotape him speaking to a pretend audience. He wanted three teleprompters so he would look more natural. Our director of photographer, Mark Schulze, warned him that you cannot fake speaking to an audience.

The client – we’ll call him Andy – was insistent. We should have taken this as a warning sign, but Mark and I both appreciated Andy’s story so we agreed to shoot his video at our home studio. We set up three teleprompters and a second camera package, green screen and lighting. We charged him half of what we would have invoiced a typical corporate client.

After the shoot, we showed Andy the footage. He was excited and cut a check on the spot. He appreciated the first edited video we sent him a week later with a blue curtain keyed in as background. I even added an audience at the beginning and end, marrying it with audio of a murmuring audience I found at Audioblocks.

But he wanted me to edit two more videos. For the next few weeks, Andy requested that I change out the background a few times and deliver “little test videos.” I should have said no, but instead I spent more time in the editing bay than with family who had flown into town to see us for the holidays. Just when Andy’s project was nearly done, he’d throw another curve ball. Every time he wanted a change, I warned him it would entail more editing hours and I’d have to purchase more background plates. “Just do it,” he commanded angrily, as though budget was not an issue. This should have been another warning sign that we should cut ties with Andy, but we persisted.

We undertook his project because we believed in his message, so even though we normally get a contract in place prior to a large project, we moved forward on a handshake.

We undertook his project because we believed in his message, so even though we normally get a contract in place prior to a large project, we moved forward on a handshake. I bought music and background plates for his project, anticipating he would pay us. We even let Andy have downloadable non-watermarked clips. I know — amateurish. But we trusted him.

When he failed to respond to several emails with our invoice attached, we knew something was wrong, but by that time, it was too late to take back the hours of work we had sunk into the project. In a telephone conversation, he admitted that his publicist did not like the videos because they seemed “too fake” — exactly the issue we had tried to warn him about at the beginning.

Fresh after filing our first ever Small Claim to get Andy to pay what he owes us, here are some red flags we should have noticed along the way.

“Good, Fast or Cheap: Pick Two” – This is the video producer’s axiom. Beware of the client who wants all three: good, fast AND cheap. We’ve discovered that the client with the smallest budget needs the production done yesterday and wants it to look like a Hollywood movie. If the client doesn’t understand the problem with this, it’s time to drop them.

What’s the Budget? – Most authors don’t have much money unless they’re J.K. Rowling.  We figured that, because Andy was once an attorney who lived in an upscale neighborhood with an ocean view, he would pay us as agreed in past emails, even with substantial discounts. But he balked. Find out what your client wants to spend on the video. Don’t lower your rates “for just this one time.”  That’s a slippery slope and a “race to the bottom.”  If your client cannot afford your rates, tell them it is better to wait till they can and thank them for their interest in your services.

Unrealistic Expectations – A great video producer tries to deliver everything the client wants. This is why pre-production should take more time than production itself. Communicate with your client and write down everything you will do, along with dates and what everything will cost. Structure a payment plan, i.e., first third due upon signing the agreement; second third due after the shoot and final third due upon delivery of edited master. You and the client both sign off on the agreement so there are no unpleasant surprises down the road. If the client isn’t cooperative at this stage, think about whether you really want to continue your relationship.

Failure to Sign Your Contract – We sent Andy a Production Services Agreement to sign at the beginning of our relationship, but he ignored it. When he presented us with a check directly after the shoot, we ass-u-med he would pay for the editing, too. We were wrong. In retrospect, maybe that first check was his “loss-leader” and maybe he never intended to pay for the editing.

Contentiousness – From the first phone call, Andy was argumentative. Even after warning him that a simulated presentation had little chance of looking “real,” he still wanted to hire us to do this “simulated” show. When his publicist noticed that his performance was “not good” for her use, he decided not to pay us for the rest of our work. As an award-winning editor with “the eyes of a fawn and the skin of a melon,” I suffered a series of Andy’s abusive and snarky emails until realizing they were probably just part of his campaign to not pay us in the end. Looking back, I had more than sufficient reason to ditch Andy much sooner.

I hope that these little tips can help you sidestep an abusive client. Writer Steve Maraboli says “Don’t let someone’s words blind you from their behavior.” Stay sharp, and if you ever do become entangled with the “Client from Hell,” take it as a lesson; you’ll be stronger for it.

Patty Mooney has been a VP at San Diego’s longest-standing video production company, Crystal Pyramid Productions since 1982.  She serves as a Producer, Editor, Sound Tech, Boom Pole Operator, in Voice-Overs and as a Writer.