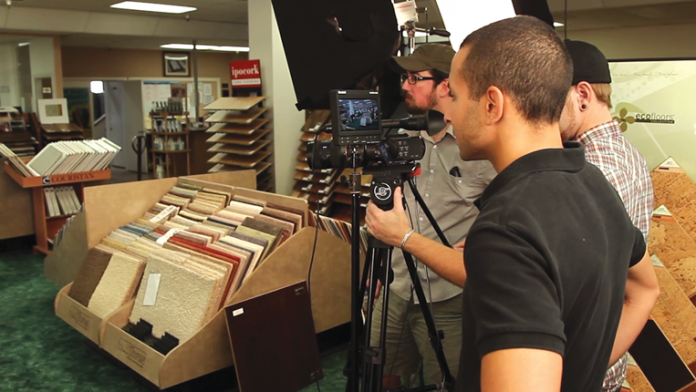 Know Your Client Base

Before you can convince a client of investing in anything you have to offer, weed out the ones who are usually discontent and the ones who are generally adaptable. A hard to please client sidetracks your proactive efforts from the ones who value your ideas and tactics. A good client will trust your judgments as a professional and work with you toward solutions that benefit your business relationship.

Neither you nor the client can ignore online video ads. Many marketing agencies are losing money by overlooking video marketing. With digital media climbing faster than ever, more opportunities to reach your audience have become promising. According to an SEMrush report, 72 percent of marketing agencies vouch for online video ads as more effective selling tools than television.

An impressive figure shows growing trends among online shoppers making purchases after catching ads on popular video sites, such as YouTube or Instagram. U.S. spending on video ads was estimated at 7.77 million in 2015 alone. Monthly views of online video ads rose from under 10 billion consumers in 2011 to a monstrous 35 billion consumers in 2014. Marketers are already predicting that video will replace static banner ads by 2020, thanks, primarily, to the recent growth of mobile video ads. Factor in traffic from smartphone and tablet users, and those numbers get even better.

Marketers are already predicting that video will replace static banner ads by 2020, thanks, primarily, to the recent growth of mobile video ads.

Websites, such as eMarketer.com, projects digital video ad spending spiking to 12.82 billion in revenue by 2018. These ads are not just strengthening in views, they're increasingly effective at attracting online shoppers. These statistics should make it easier than ever to convince your client to make video ads for the Web.

Where to Take your Clients’ Ads

YouTube is the king of video ads. There's no disputing their dominance in the market. With over 1 billion users, they see more traffic than any other platform. According to data from their site and recent reports from TechCrunch, more than 10 million people are watching a YouTube video on an average of one video per minute. That's 10 million eyeballs for your advertisement audience.

According to an analysis from Singlegrain.com, YouTube boasts people watch hours of video that produce billions of views. In 2014, the site claims that YouTube’s U.S. video ad revenue accounted for nearly 20 percent of the U.S. digital video ad market. If this report is true, that's many eyes just waiting for your client’s advertisement.

In addition to YouTube's broad platform, marketing specialist have discovered rising opportunities from other fast-growing platforms, such as Facebook and Twitter.

Each site promotes first-rate video ads, with Facebook placing more of its focus on its video features that smart pushers are currently taking advantage of. With Facebook, you get a higher spontaneous reach on their pages and higher relevance scores that unlock cheaper ad inventory for the advertiser. Twitter is offering advertisers the ability to run ads with a new Cost per View (CPV) ad buying model. This means advertisers only get charged when a user starts playing the video.

TV ads are no longer the way to go.

Television no longer has the impact on influencing consumers to shop the way it used to. In recent studies, Nielsen ratings showed that young adults between the ages of 18 to 24 watched traditional television less than the average adult. According to research data taken from Marketingcharts.com, TV viewing among 18-24-year-olds was down by approximately 17 percent. Charts show a significant hike in video watches from these age groups. Since more and more young people are finding it easier to watch videos on PCs, Smartphones or tablets, they tend to spend more hours indulging in outrageous videos than television shows.

This trend has opened several doors of opportunity for video producers looking to sell their client on video advertisement — especially with young adults finding it easier to click on a video ad to see what it has to offer.

Thanks to YouTube/Google, Twitter and Facebook's vast targeting resources, you can deliver amazing value for your clients using cheap but effective video ads. There are many different kinds of video you can make to pitch your clients without breaking the bank. For example, if your clients are having a sale of a product, you can create a video to run ads to their Facebook, Instagram and Twitter fan base. Just remember, a good video will drive traffic, expose cheaper ad inventory and can broaden your market base. If you don't tap into this rapidly growing trend, chances are your competitors will.

Stephen Mandel Joseph is a published writer and journalist from NYC. He also writes screenplays and comic book scripts when he's not freelancing. He has a passion for filmmaking and directing.