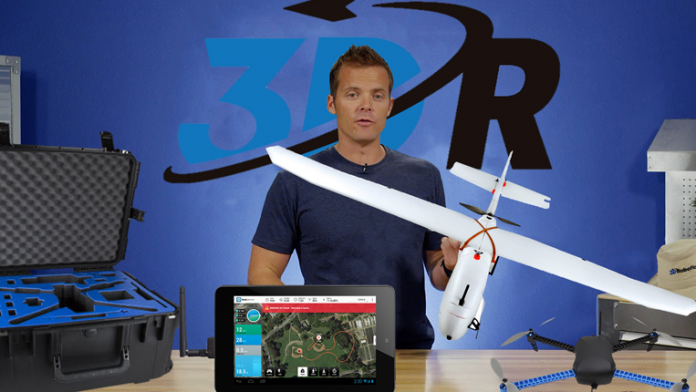 Here’s what he had to say:

VM: Tell us a little about yourself and how you got into piloting drones for major motion pictures.

CG: Well I got started about nine years ago in 2007. I built up a helicopter for taking aerial photos for home builders, realtors and architects. These were big helicopters back then that were carrying 5Ds, and there weren't multirotors back then so we were just flying single rotor helicopters. Then the 5D Mark II came out, and we started shooting video, and things really took off from there. The demand for shooting video was really high and I just started getting into shooting movies and TV by 2008 and 2009.

VM: What has been your experience working with directors as a drone operator? What communication and collaboration tips would you give to our readers working as part of a production team?

CG: I've worked with a lot of big directors and, you know, it’s fun. It’s very demanding, it’s definitely a high-pressure environment and it’s definitely a situation where you can't get real worked up and nervous. It’s Murphy's Law that something's not gonna work on the drone and the nice thing now is the drones are so much more complete, working, ready-to-fly units, and their components are all the same brand. Especially with [drones] like Inspire, Solo or Phantom.


It’s Murphy's Law that something's not gonna work on the drone and the nice thing now is the drones are so much more complete, working, ready-to-fly units, and their components are all the same brand.

In the past drones were pieced together from 27 different companies and, getting parts from all over the world, you had to try and make them all work together yourself. It was Murphy's law that you get out on the set and there's a big explosion scene and a big cast and they're all standing around watching you and for whatever reason the video download isn't working or the gimbal’s not stabilizing, so you need to be able to very rapidly and calmly troubleshoot the situation and get the thing working.

VM: What are some tips for handling high-pressure situations on-set?

CG: I'll say one of the things that you have to really watch out for is you have to know what makes sense and what doesn't — what you would or wouldn't do on your own. What will happen is, the director, they are always going to try and push you to get closer, lower, faster and you have to be able to be confident in your piloting abilities and consider, is it good? Does it make sense? You don't wanna be so conservative that the director is feeling like “I don't like working with this person because they're so conservative I'm not able to get the shot I want,” so you have to find that balance to be willing to push it a little bit knowing that you are putting your equipment at risk. At the same time, know when to tell the director, “you know that would be cool, and I would love to do that but I've got to maintain X distance above the tree” or whatever. That's a big one, striking that balance.

VM: How is on-set coordination handled? Who are you reporting to?

CG: On “13 Hours,” I was really just out there working with Michael Bay and his co-producer Michael Kase. Those were the only guys I was really working with. So Michael would just let me know what he was looking for on a given shot, he would talk about the shot for a little bit, we would figure what it was going to be and they would set up all the pyrotechnics and explosives. Then when it was time to do it, you go through a dry run a couple times, make sure everyone is on the same page and then he would give a three, two, one, and there's no stopping at that point.

VM: How do you go about setting up the most dramatic shot you can?

CG: There are a lot of ways, one is to think smooth, smooth, smooth. If you're setting up a multi point cable cam or something like that, you wanna have the first part of the shot have the copter panning left and then you go through a point and then all of a sudden it switches and starts panning right to some other point — that's generally a no-no because it’s not going to flow very well. You really want everything to feel as linear and smooth as possible. Another thing that will add immediate drama and credibility points is when you fly with something very close to the foreground and your subject is positioned in the background. So maybe your subject is a big mansion or something like that and you're shooting an establishing shot of it, you could set up an orbit orbiting the home, then you can check the orbit circle, you can push that circle in until it’s just outside of say a group of trees or something like that. Then move the copter around until the trees aren't in frame, hit play, it starts orbiting and — bam — the trees start going right in front of the camera, but you know it's safe because you've already pre-flown it. I often use foreground elements to really give you a lot of that parallax that makes it feel like a shot you can't get with anything else.

VM: Anything you want to add for a beginner wanting to establish a more professional career?

CG: The last thing is practice, practice, practice. The more you can practice on your own, the less nervous you'll be doing it in front of a big movie set. Something that you feel totally comfortable doing on your own, all of a sudden you're on set and everyone is just looking at you, it can get a lot more nerve-racking, so the more you can practice the more it becomes second nature.

Sky Scholfield has been producing videos for clients including National Public Radio, The Smithsonian and NGOs throughout Northern California for over ten years. He now lives and works freelance in Portland, OR.