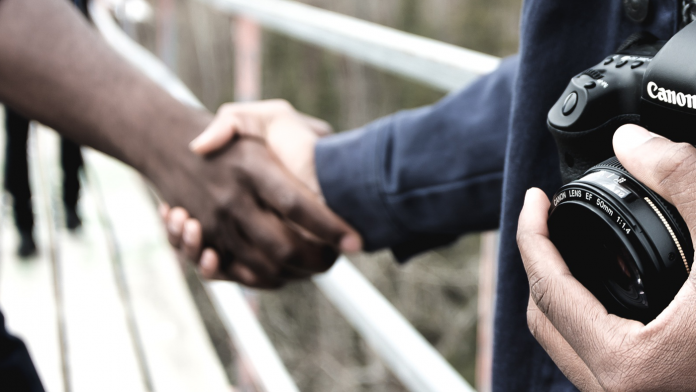 Typically, when we watch a documentary we can only imagine what went into creating the story unfolding on the screen – the hours of research, deciding on what story to tell, the challenges of location shooting, and agonizing over what to leave in and what to cut in editing. And sometimes, especially after an emotionally raw doc, we wonder what the director had to do to get her subjects, total strangers, to open up in front of the camera about the most intimate aspects of their lives.

The short answer is: Trust.

“It has always seemed to me that documentary directing is more about trust between yourself and the participants or interviewees than finding the right camera positions,” writes doc educator Alan Rosenthal in his 2015 handbook Writing, Directing and Producing Documentary Films and Videos.

Without the trust of participants, a director doesn’t have a film– at least not the kind of film that stays with an audience long after the screen has faded to black.

As documentaries have proliferated in recent years and found audiences watching on screens of all sizes, the doc production landscape has shifted. More documentary makers are telling their stories in a myriad of new genre-bending ways and with breathtakingly smart technologies. New breakthroughs in expression inevitably bring more scrutiny — deconstruction, analysis and study of the form.

While doc forms such as hybrid docs — part fact, part fiction — are pushing the boundaries of non-fiction storytelling, festival workshops and professional development forums are taking on issues around the ethical responsibilities directors have to their audiences and even more importantly, to their participants.

The ubiquitous form of advocacy documentary, in which activist-participants can leave themselves exposed for being part of a film, brings with it serious debate about the responsibility a director carries in the director-subject relationship. The general concern is to ensure participants are safe to tell their stories and are not left in a vulnerable position once the crew has packed up and gone.

There is much instructive and engaging content online of doc makers sharing with audiences how they built trusting relationships with their participants in settings that were challenging and even dangerous.

Co-directors Katherine Fairfax Wright and Malika Zouhali-Worrall are front-line experiencers of the tensions that come with the territory. For their 2010 film “Call Me Kuchu,” they traveled to Uganda to make a film about gay rights activists opposed to an anti-homosexuality bill that proposed death for HIV-positive gay men.

In an interview for the International Documentary Association (IDA), Zouhali-Worrall describes how the two directors went about gaining the trust of their subjects who were risking a good deal.

“We learned to arrive (on location) and introduce ourselves to every single person there,” says Zouhali-Worrall. “And have a conversation about, ‘are you comfortable being on camera, do you understand the implications of being on camera?’ You couldn’t just walk up and start filming.”

This approach, says Zouhali-Worrall, made the two directors stand out from other journalists who swooped in, got their stories and were soon gone to meet their deadlines.

“The fact that we came back multiple times to film and when we’d leave, we stayed in contact with them on Facebook, e-mail and phone, before coming back. This definitely helped with issues of trust.”

Zouhali-Worrall posted a list of credibility and trust development tips on the IDA web site. Here are two:

– A no-brainer, but not always respected: don’t start filming on the first meeting with your subject: “Prove that you’re interested in them, and that you’re not just there to get or take something from them for your own purposes.”

– For credibility, show your work: “Work that shows your compassion or fair treatment of your subjects.”

First time director Yance Ford’s powerful and very personal 2017 film “Strong Island,” is about the under-investigated 1992 killing of his brother. The killer was never tried. Ford’s singular focus on learning all the reasons the grand jury didn’t indict the killer rests on the testimony of the film’s interviewees.

“Those conversations, which took place over 10 years, and which required great patience from everyone, resulted in each person taking incredible risks in their own way,” says Ford. “Their honesty is what ultimately makes “Strong Island” the film that it is.”

After ten years of making the film, Ford reluctantly agreed to a very intimate and open-ended interview, which is woven into the film as soul-bearing and unflinching commentary on the state of race relations in America. “I felt I had to abide by the same terms (as my subjects) and match that honesty,” says Ford in conversation with a Berlinale (film festival) interviewer.

The Centre for Media and Social Impact (CMSI) out of American University in Washington is a rich online portal for best practices for non-fiction story creators. CMSI  surveyed directors and producers for a 2009 study, “Honest Truths: Documentary Filmmakers on Ethical Challenges in their Work” Filmmakers were asked to share situations that posed ethical challenges during the making of their documentaries. The resulting report with its recommendations is a compendium of first-hand insights, a documentary ethics resource worth studying for first-time and seasoned documentary makers alike.