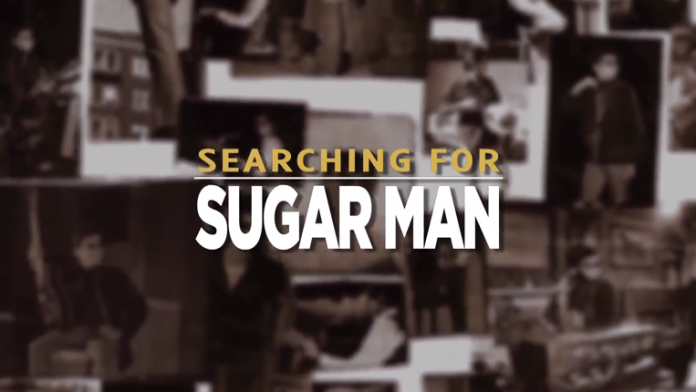 Whatever we think a documentary should be, most of us can generally agree that a doc should contain some kind of truth or reality about the human condition, about the way the world works.

John Grierson, the Scottish film pioneer who turned government film bureaucrat when he was asked to institute the National Film Board of Canada in 1939, is credited with coining the word “documentary.” Grierson’s definition of the form still holds up today. After watching Robert Flaherty’s 1926 feature “Moana”, a coming-of-age story wherein a Samoan boy and his family play themselves and “re-enact” their own lives, Grierson declared documentary to be, “a creative treatment of actuality.”

You can drive a caravan of special effects trucks through Grierson’s definition, but it lines up nicely with the innovative ways filmmakers have been telling non-fiction stories over the last decade or more.

Méliès mashed up live action with animation, imaginative handcrafted sets and artscapes lovingly color-tinted, by hand, one frame at a time.

Much of that innovation includes mashing up documentary and fiction elements to produce the hybrid cinema form, docufiction.

Docufiction is not docudrama, where professional actors assume the characters of real people and where, often, costumes and sets are designed to transport the audience to the era during which the story takes place. Docufiction serves a different purpose.

Docufiction films are not new and there is no how-to bible for making them. But by examining the work of those filmmakers who have been pushing the boundaries of documentary conventions since the dawn of motion picture creation, we can learn and be inspired to find our own voices as docufiction storytellers.

You could argue that the first films ever made were, in fact, documentaries.

When cinema pioneers were tinkering with motion picture technology in the 1880s they often pointed their inventions at the real world. We’ve all seen the classics of early cinema: Eadweard Muybridge’s “Motion Studies” of horses; “Workers Leaving a Factory” by the Lumiere brothers; the early travelogues of Burton Holmes who was credited with coining the term; and so-called “city films” such as “Berlin: A Symphony of a Great City” by Walther Ryttmann.

The earliest fiction films were simply recordings of theatrical plays captured by a locked-off camera in a single wide shot of the stage. Inserting intertitle cards with excerpts from the play were the only edits. But when celluloid magician George Méliès got hold of the medium, he began knocking down the walls of cinematic conventions even as they were going up. Méliès mashed up live action with animation, imaginative handcrafted sets and artscapes lovingly color-tinted, by hand, one frame at a time. The former illusionist-turned-filmmaker, in his 1902 classic “Trip to the Moon,” showed future auteurs what kind of movie magic making was possible.

Although the imaginations of those making factual films did not soar as wildly as that of  Méliès, early documentarians were not afraid to mix fiction with facts. Most famous was Robert Flaherty whose 1922 “Nanook of the North” has people arguing to this day about whether the film is documentary, re-enactment or staging. It is all of the above. “Nanook” is now acknowledged by critics and film historians as one of the earliest examples of the docufiction hybrid genre. Here’s why:

Flaherty’s objective was to capture, on celluloid, the Inuit way of life before it disappeared. Trouble was that, by the 1920s, the Inuit were already adopting settler ways and using modern implements. In order to record the old ways as “authentically” as possible Flaherty had to cheat. The Inuit, who played themselves going about their daily lives, hunting and fishing, had to shed their modern clothing and guns in favor of traditional dress and harpoons. For the famous igloo construction scene, Flaherty used a pre-built igloo of exaggerated size, half of it cut away for better lighting and camera access.

Flaherty’s manipulation of reality to achieve “authenticity” in “Nanook” was indeed “a creative treatment of actuality” as Grierson put it. But Flaherty’s “creativity” also blurred the lines between truth and fiction, and generations of innovative documentarians who came after Flaherty are okay with that — as long as it supports an expression of truth as the filmmaker sees it.

Lionel Rogosin’s 1957 hybrid classic, “On the Bowery,” explores the world of Manhattan’s infamous skid row. Rogosin cast its homeless, alcoholic and marginalized residents as the main characters and then wrote a script based on their personal stories which they then “acted out” for the camera. Rogosin shot in the streets, as well as in the flop houses and bars in which his protagonists eked out the day-to-day of their lives.

About his 2009 Oscar winning “Man on a Wire”, director James Marsh said, “I didn’t want to make a responsible documentary. The first objective was to put on a good show. I wanted to push the form.” The film recreates the events leading up to Philippe Petit’s heart-stopping walk on a wire clandestinely mounted between the World Trade Centre twin towers in 1974. Marsh builds the story like a classic heist movie. He uses re-enactments, archival footage, special effects, super-8 home movies of Petit practicing in his backyard and set construction to stand in for the roofs of the towers. Even the interview with his main character is a physical re-enactment by Petit of how he went about his business. All these elements are propelled by a powerful and dramatic music score, just as they would be in a fiction thriller.

In another Oscar winner, “Searching for Sugarman” (2012), the audience is taken on a riveting ride to find out what happened to Sixto Rodriguez, the revered American singer songwriter who was rumored to have committed suicide. The career of the Dylanesque artist never lifted off in the U.S., but he was bigger than Elvis in South Africa during the 1970s. In his myth-making doc, Swedish filmmaker Bendjalloul uses animation to fill in the holes in what was known about the singer’s life.

Speaking of animation, how is this for “creative treatment of actuality”? Israeli Filmmaker Ari Folman was a 19-year-old infantry soldier when he took part in an offensive during the 1982 Lebanon War. But he didn’t remember any of it until he reunited years later with his army buddies who put the puzzle pieces together for him. Folman’s “Waltz with Bashir” (2008) is a war documentary about lost memories. The visuals in the film accompanying his own narration are almost entirely animated. Over 2,000 original drawings were animated using Adobe Flash cutout technique. An imaginatively-crafted music score serves as powerful commentary in Folman’s anti-war message.

There are many other examples of convention-crushing films that fit snugly into the docufiction hybrid form. These films that find unique ways to express the documentary maker’s truth as she sees it are worth seeking out. What is truth anyway? The truth in film is what the filmmaker chooses to point her camera at, what she includes in editing, what she leaves out. As with any art form, film truth in docufiction is subjective and the filmmaker will communicate that truth, that reality, in her own unique and creative way.

Peter Biesterfeld is a seasoned script-to-screen television and video producer and trainer specializing in documentary.