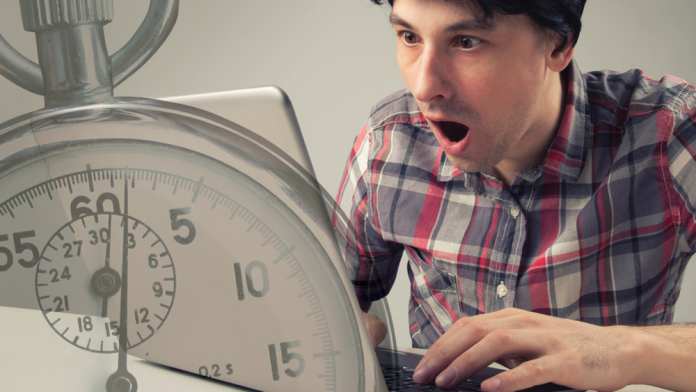 Typical audience retention, as demonstrated by the Vlogbrothers, is about 4 minutes. The best tool for tracking watch time is the Audience Retention page in your Analytics tab on YouTube. It shows how long people watch your videos on average, and the average percentage of a video that the audience watches per view. For instance, people usually watch about 2:56 minutes of my videos, and 48% of the video per view; considering that my content is a bit longer than normal, this isn’t terrible! There’s other tabs on the page to see the analytics broken down through video, geography, date, subscription status, and whether the person viewed it through YouTube proper or YouTube Kids.

To focus back on YouTube, the 3-second intro for JustBetweenUs is a simple title card with a flash of peppy music, then right into the sketch. The title card, split between the JBU logo and the episode name, has colors that are bright without being grating, and the turquoise text stands out easily. Since it’s a sketch show, the creators are sure to have a few jokes in the first moment of action to further hook the audience.

Even without a marked visual intro, it’s easy to grab attention through background techniques. For example, Anna Akana doesn’t use title cards, but she typically introduces the gist of the video within 5 seconds. In the clip below, there’s bright lights in the background and her shirt has a cool texture, visually engaging the audience.

On the educational side, CrashCourse begins right away with a joke, followed by a longer animated intro. The animation is a full 8 seconds, but the skilled illustration and onscreen facts keep people entertained. Because their audience is mostly students, their intros can be a bit longer because the viewers are sure to keep watching for the information. Your intro will vary depending on the subject matter, but humor is generally the best tactic to engage viewers.